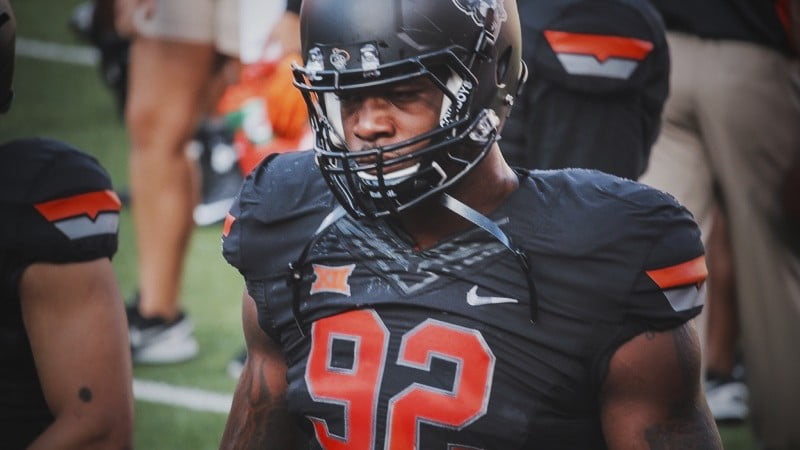 Jimmy Bean’s Oklahoma State career ended in cruel fashion: he tore his ACL against Texas Tech during his senior year and didn’t don the orange and black again. The injury disrupted his success in professional opportunities after he graduated. While he did get opportunities with the Raiders and Broncos, he never stuck on a roster long enough to enjoy his stay and was out of the NFL in short order.

Now that he’s back at full strength though, he’s back in the pros. This week the Montreal Alouettes added him to their practice roster, his first team in more than a year away from the game, during which time he spent training in Dallas.

“Yesterday was my first day practicing and playing football in over a year!” he said on Instagram. “It’s amazing how god works🙏🏾 thankful for this opportunity and ready to get to work! Glad to be on a team💪🏾”

Yesterday was my first day practicing and playing football in over a year! It’s amazing how god works🙏🏾 thankful for this opportunity and ready to get to work! Glad to be on a team💪🏾

Being added to a practice roster doesn’t guarantee him a spot on the 46-man final roster with the CFL squad, but it’s a great opportunity for him to show he belongs on a really good CFL team historically that is in need of a talent boost after losing seasons from 2015 to 2018.

Bean can help carry a torch of former OSU stars-turned CFL stars that was carried for years by Adarius Bowman, who last played for the Alouettes last season. Bowman won a Grey Cup in 2015 and was a three-time CFL All-Star from 2014-2016.