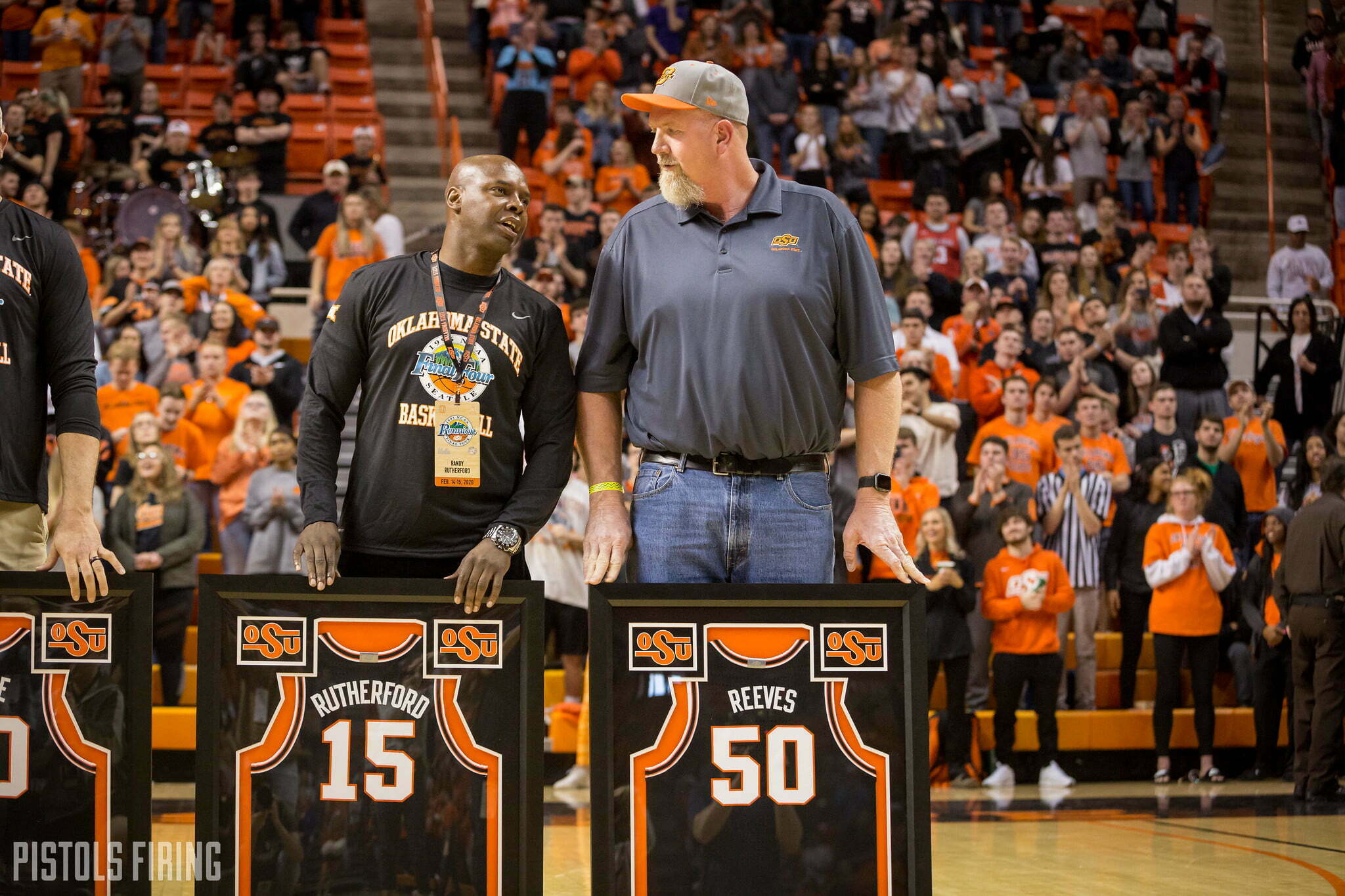 Eddie Sutton is, once again, a finalist for the Naismith Basketball Hall of Fame. Six times he’s made it to this point in the process, and six times the anonymous committee members have left him out of their final poll.

With Sutton turning 84 next month and in declining health, there’s no telling just how many more of these exclusions he’ll be around to witness firsthand.

On Saturday with Texas Tech visiting, Oklahoma State recognized and remembered members of Sutton’s 1995 Final Four squad. Sutton was in attendance to take part in the festivities and witness his two sons’ teams square off, Scott from the orange bench and Sean from the red.

But before the Cowboys’ third Big 12 win tipped off, a handful of memorable members from that 1995 Cowboy team met with media and the topic of this delayed, but surely inevitable, enshrinement was broached.

Randy Rutherford, Sutton’s former sharpshooter, was quick with his release.

“806 [wins], I don’t have to give a sales pitch,” said Rutherford. “If you know anything about basketball, there’s very few coaches that can coach the way he coached. So the fact that he’s not in the hall of fame, is a shame on the hall of fame.”

Directly to his right sat Byrant Reeves, the man most synonymous with that Final Four run — and OSU basketball for that matter — for a lot of people, for a long time.

“It’s a definite shame on the hall of fame,” said Reeves. “He’s one of the greatest coaches ever to coach. He did it at different places. He came back here to his alma mater, kind of brought Oklahoma State back… in my opinion he is the best coach.”

Chianti Roberts would ink his name in many of the Cowboys’ record books on his way to an All-Big 12 senior season in 1997, but he was just a sophomore when the Cowboys reached Final Four in Seattle.

Roberts pointed to the several different eras of basketball that Sutton was able to have success in.

“I think when you look at his body of work it speaks for itself,” said Roberts. “And I think also when you take that body of work on its face of what he did for his players and what he did for his community. He took a guy like me, and I tell people this all the time, he was teaching basketball but he was also coaching life. So combine all those things together, it makes no sense why the guy is not in the hall of fame.”

Roberts continued saying that he was optimistic that this would be the year Sutton would finally be enshrined.

“I’ve had that feeling, what, seven times now that this is the year,” said Reeves. “It should have been the first go-round he got in. I don’t know what’s holding him back. I don’t know why he’s not there. I really hope they do it this year because he deserves it, and I’d love for him to be here and be a part of that, so I would love for it to happen this year.”

“At the end of the day it’s going to come to, when they look themselves in the face, can they sleep at night,” said Rutherford. “Because a lot of coaches in the hall of fame right now have a lot of issues and stains on their past and I always believe that you judge a person by how he takes care of his mistakes and how does he mature from those. If that’s what’s holding him back, we’ve all made mistakes. So I hope and pray and think that he’ll get in.”

The cries of a couple of fanbases have turned into a movement over the last few years with many former players like Doug Gottlieb coming forward as well as former colleagues and staff members like Fran Frashilla and Bill Self pushing the narrative.

“I believe that he’s already in the hall of fame, as far as I’m concerned,” said Rutherford. 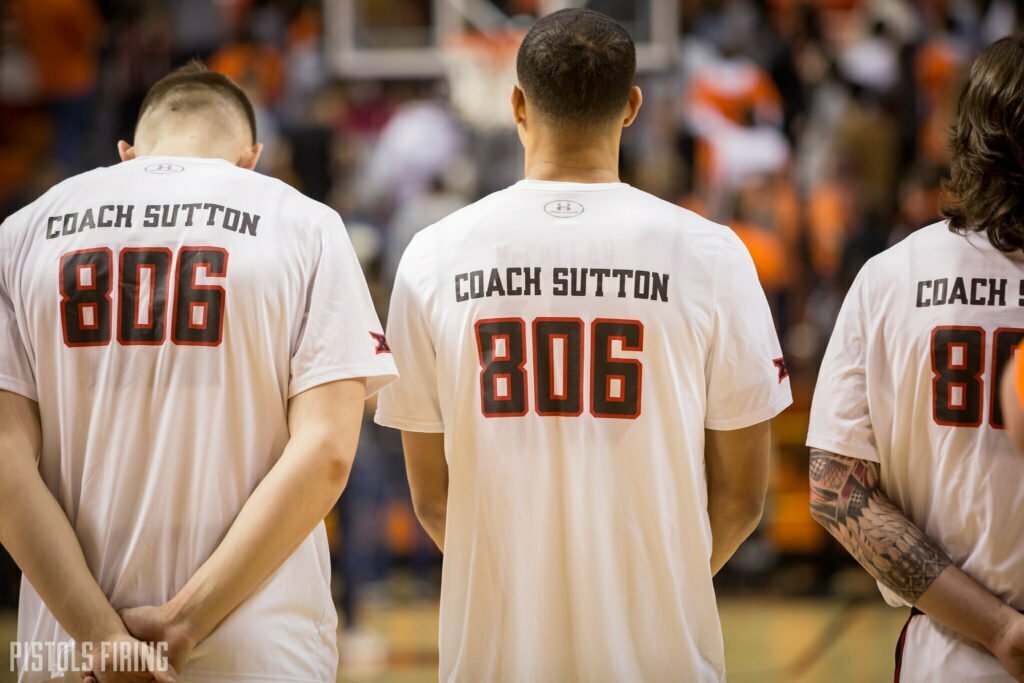 Whether or not this finally is the year that they Put Eddie In, will probably have less to do with any social media movement and more to do with the outside circumstances and who his fellow finalists are.

That list of eight finalists includes no-brainer Kobe Bryant, who was recently killed in a tragic helicopter accident, and a couple more shoo-ins in Tim Duncan and Kevin Garnett. There’s also Rudy Tomjanovich, a player and a coach who led the Houston Rockets to two titles as well as former WNBA player Tamika Catchings, and coaches Kim Mulkey and Barbara Stevens from the Women’s committee. Only five from the group will make the hall in 2020.

Unlike in normal years, the direct-to-enshrinement selections for all but the international committee will be suspended. The truncated list is due to the tragic death of Bryant as well as the top-heavy talent pool with he, Duncan and Garnett, says hall chairman Jerry Colangelo.

“Because of the enormity, even before Kobe’s death, we think Kobe and Duncan and Garnett bring to [this] … we’ve never had a class that strong at the top. And then with Kobe’s death, it added more focus.”

What that actually means for Sutton’s case, I have no idea. The fact that he made such a strong list of finalists could be taken as a good sign but I’ve given up trying to guess what that committee will do. I do know that, regardless of who else is inducted, the focus of this year’s ceremony will be on the tragic story surrounding Bryant — and for good reason.

Whether or not Sutton is alive to see his name etched in that hall in Springfield, the players that he mentored and lives that he touched already bear witness to his status in the pantheon of great basketball minds and men.

“I believe that he’s already in the hall of fame, as far as I’m concerned,” said Rutherford. “So for me it’s one of those things that it’s going to happen. I think we want it more for him than he wants it. I think a lot of our fans and a lot of the people that have gotten to know him over the decades and see what kind of man he is and how he’s helped a lot of young men become good men.”

The five inductees will be announced on April 4, at the Final Four in Atlanta, Georgia.