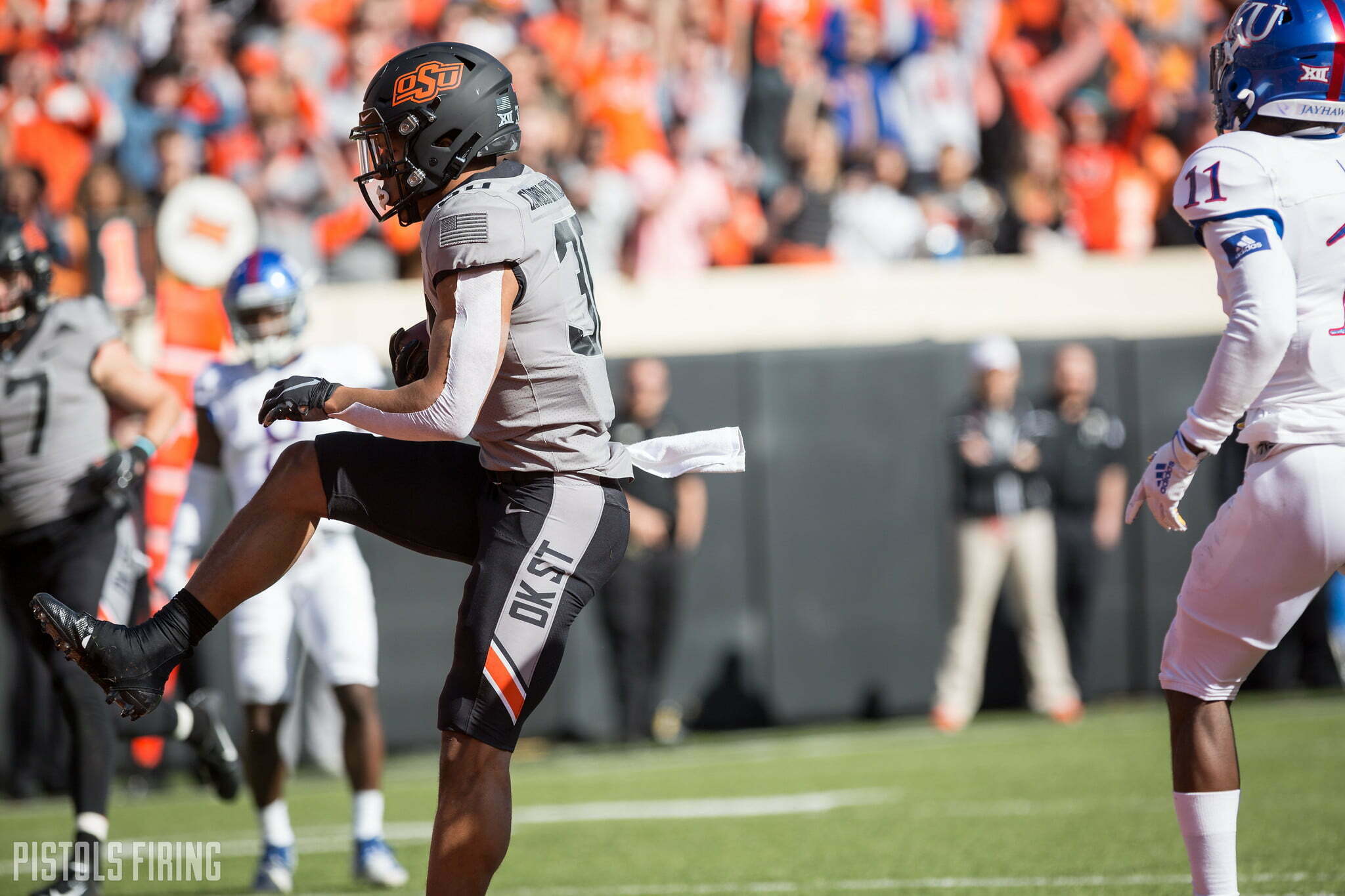 If you’re a PFB+ subscriber, you know that all of the threads we have on our forum normally devolve into one of three discussions.

That we’re still discussing either of the last two is incredible to me. In order: He’s excellent and yes, of course it does.

I recently tried to distill one entire thread down to four broad points about OSU recruiting, all of which I believe and all of which have been more or less proven with statistical evidence.

Here are those four points with a bit of explanation on each one.

• You cannot win it all without a team that is made up of 50 percent 4- and 5-star guys (aka the Blue Chip Ratio). This is factually true, and it’s even more true with a four-team playoff. You can make it to the playoff without cracking the 50-percent mark, but you’re going to get absolutely destroyed once you do (see: 2015 Michigan State and 2016 Washington). And to win two games in a row in a playoff? Forget about it.

So let’s be generous and act like four of those 10 four-star guys haven’t left school (they have). OSU’s ratio is still 9 percent. Have mercy, that is not good! Auburn did win it all without cracking the 50-percent mark, but they were just below it and had an All-Pro NFL QB at the helm.

• Having 50 percent 4/5 stars doesn’t guarantee that you’ll win at all. I could spend 500 words explaining this, or I could just point you in the direction of Texas. The former seems cumbersome, the latter is much easier.

• You can win a conference title with a team that is not made up of 50 percent four- and five-star guys. This is true. OSU has done it. So has Kansas State. So has Baylor. TCU, too. Basically, if OU happens to falter then it will happen in the Big 12 in a given year. So we shouldn’t sit here and act like because OSU doesn’t recruit at a high level, it has no chance to win the Big 12.

It definitely does, and the reason is two-fold. First, OSU is unusual in that it consistently out-performs its recruiting level. I could write 10,000 words on that alone, but the bottom line is that it’s not an accident. This happens because of culture and because of a good system (not offensive, but institutional). Second, OSU recruited its own players (Chu and Tylan) unusually well. This is likely tied to the first point and is not something that happens everywhere. It matters.

• You won’t win very many conference titles like this. For all the praise I give Gundy, the fact remains that he has fewer Big 12 titles than he has wins against OU. It’s really, really difficult to win a conference crown without elite high school talent (again, 50 percent four- and five-star guys). Heck, it’s really difficult to win it with elite high school talent.

So the most conference titles a non-Blue Chip school has won is two. Baylor (and it split) and Kansas State (and it also kind of split) have both done it twice. OSU — if it wins the Big 12 this year — would actually be the biggest non-Blue Chip outlier in Big 12 history with two outright Big 12 titles.

Many things have to break your way, and no matter what conference you’re in, you probably have to beat a team that has superior talent (and you may even have to beat them twice). The only time OSU has done it came under unusual circumstances with a future pro at QB. It can happen, Kansas State is evidence of that. But it’s not going to happen as often as it feels like it should, even if you’re the best talent evaluator or developer in the entire country.