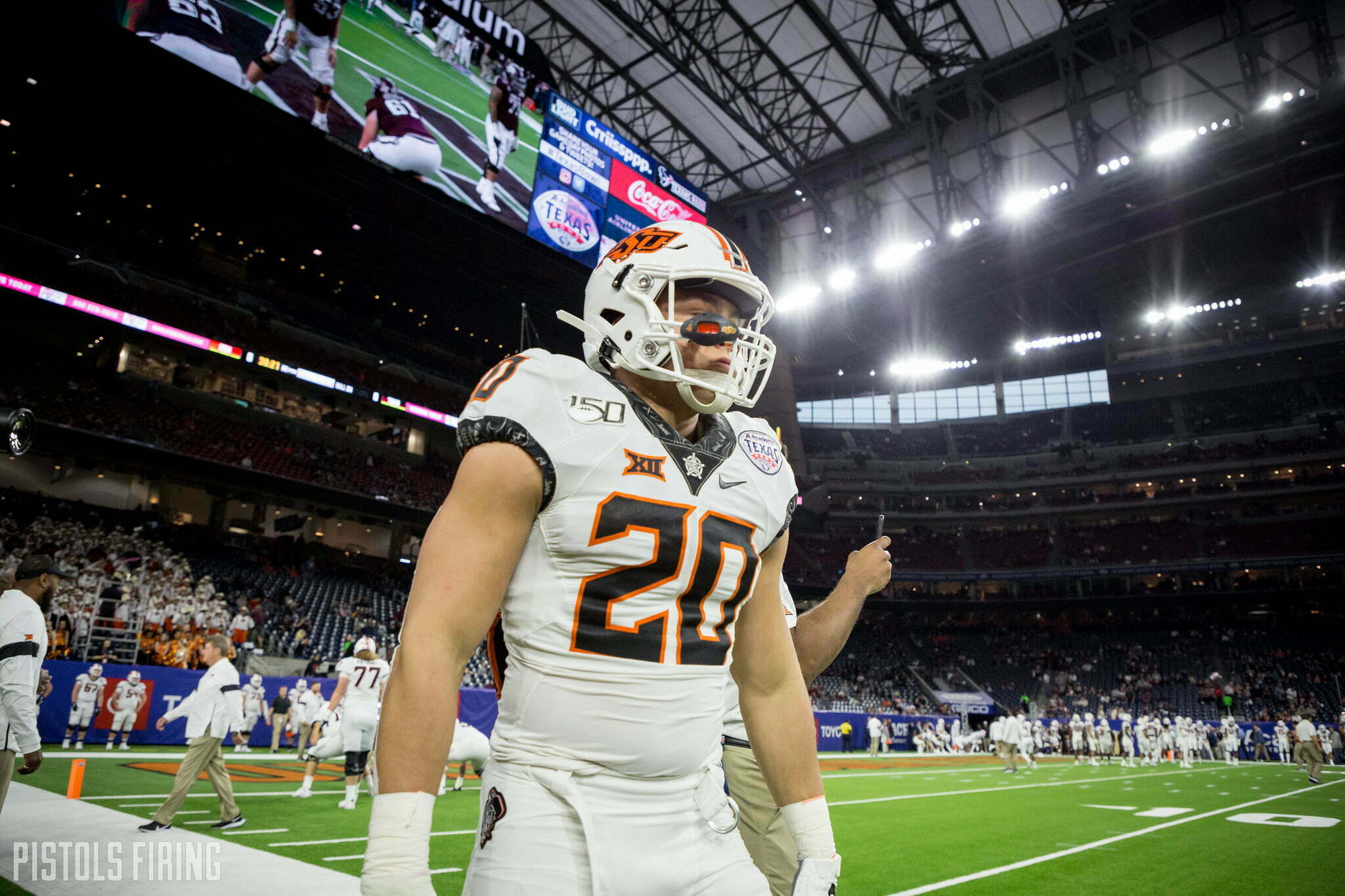 Signing Day is over (we barely knew ye, NSD 2020), basketball is — ahem — struggling, and baseball is still a week away. So of course it’s time to talk about why Oklahoma State will win the Big 12 in football this upcoming season and validate the choices of Chuba Hubbard and Tylan Wallace in returning to Oklahoma State for another year.

It’s a fool’s errand to do this in August so trying to do it in February is whatever is greater than a fool’s errand (maybe a lunatic’s plan or a psycho’s chore), but there are a few things that are going to be true in July, September and November and I tried to focus on what’s evergreen in lieu of just what’s in our heads at this given point in time.

I went back and counted OSU’s defensive drives in its last six games (I excluded end-of-half ones).

That’s a total of 138 points allowed on 71 non-end-of-half drives or 1.94 points given up per drive over the second half of the year. That’s a top-40 number nationally, better than everyone in the Big 12 except for Baylor and Kansas State (it was basically the same as Kansas State’s, they finished No. 37 in the country in PPD given up).

It would be one thing to cherry-pick this number and say “well, when they played teams from Texas on Saturday mornings, the defense was elite” or “on odd-numbered dates when Jim Knowles wore an orange hat, they crushed.”

This wasn’t that. This was the last six games of the year consecutively against Big 12 opponents (and one from the SEC). The caveat here is that the OU number is really bad because they gave up 34 on just nine drives, but even with that, OSU’s defense was still legit legit down the stretch. How far you think this team can go in 2020 probably hinges on how much you believe that six-game stretch was real.

Not OSU’s Spencer. The other Spencer. The one that plays in Norman. Are we 100 percent sure about him? Like, completely and totally positive? OU has gotten Heisman trophy-levels of QB play for the last three years from three different players (average Heisman finish: 1.33 😯). In two of those years — 2017 and 2018 — they needed every yard from both Baker Mayfield and Kyler Murray to hold off OSU.

1. Spencer Rattler is going to give you close to Baker/Kyler/Hurts production.
2. OU has gotten better at every other position.
3. OSU is not as good as it was in 2017 or 2018.

The most likely to be true of those three choices is actually probably No. 3. Of course I thought these same things about Lincoln Riley when Bob Stoops retired — I think my exact question was, “Do we really think Riley is going to be close to as good as one of the best to ever do it at OU?”

That answer has not been very pleasing. Maybe Rattler’s is the same.

Mike Gundy’s mullet is a trojan horse for a coach who would rather give his fullback double-digit carries than run anything out of the shotgun. Gundy gets a dream team (for him) in 2020 because they can run it every down, play a little defense and still probably win 75 percent of their games.

This is fun to joke about, but it’s also a good formula for winning games. There’s less variance in this style. That is, you know what you’re getting, and you know that you’re getting it with the best tailback in the country.

In the past, when OSU got into shootouts with OU or whoever, it always felt like they were a bullet short (or a Bullet ride short). Now? With the Big 12 shifting toward a more grind-it-out style, OSU seems perfectly built to thrive in this environment.

Get back to me on this when TCU does them dirty in Game 1 on Oct. 3 as Max Duggan throws for four bills and TCU hangs 55 on Knowles and Co.

Here’s the real reason you can win the Big 12: The rest of the Big 12 (outside of OU) doesn’t seem ready. If we’re reserving one head coach parking spot at Jerryworld for L. Riley and saying the other is up for grabs, who are you banking on? WVU, Tech and KU have no shot. Kansas State doesn’t really seem like they will either.

Baylor? They lost a lot.
Iowa State? Win nine games.
TCU? I guess, that first B12 game is scary given Gundy’s history.
Texas?

If it comes down to Texas and OSU on a Friday afternoon the day after Thanksgiving with Mike Y. calling the shots on the other side of the press box wall, you think BPS is letting OSU lose that game?

Get to Arlington and anything can happen. Baylor proved that when they took OU to overtime in December. Forget about the CFP — that’s not going to happen barring a miracle 13-0 season (which is also not going to happen) — and focus on the conference.

Even if you lose to OU in Norman in October (and you probably will!), you’re still probably the best or second-best of the other nine teams that will vie for a shot at upending OU’s torrential reign as the five-time Big 12 champs.