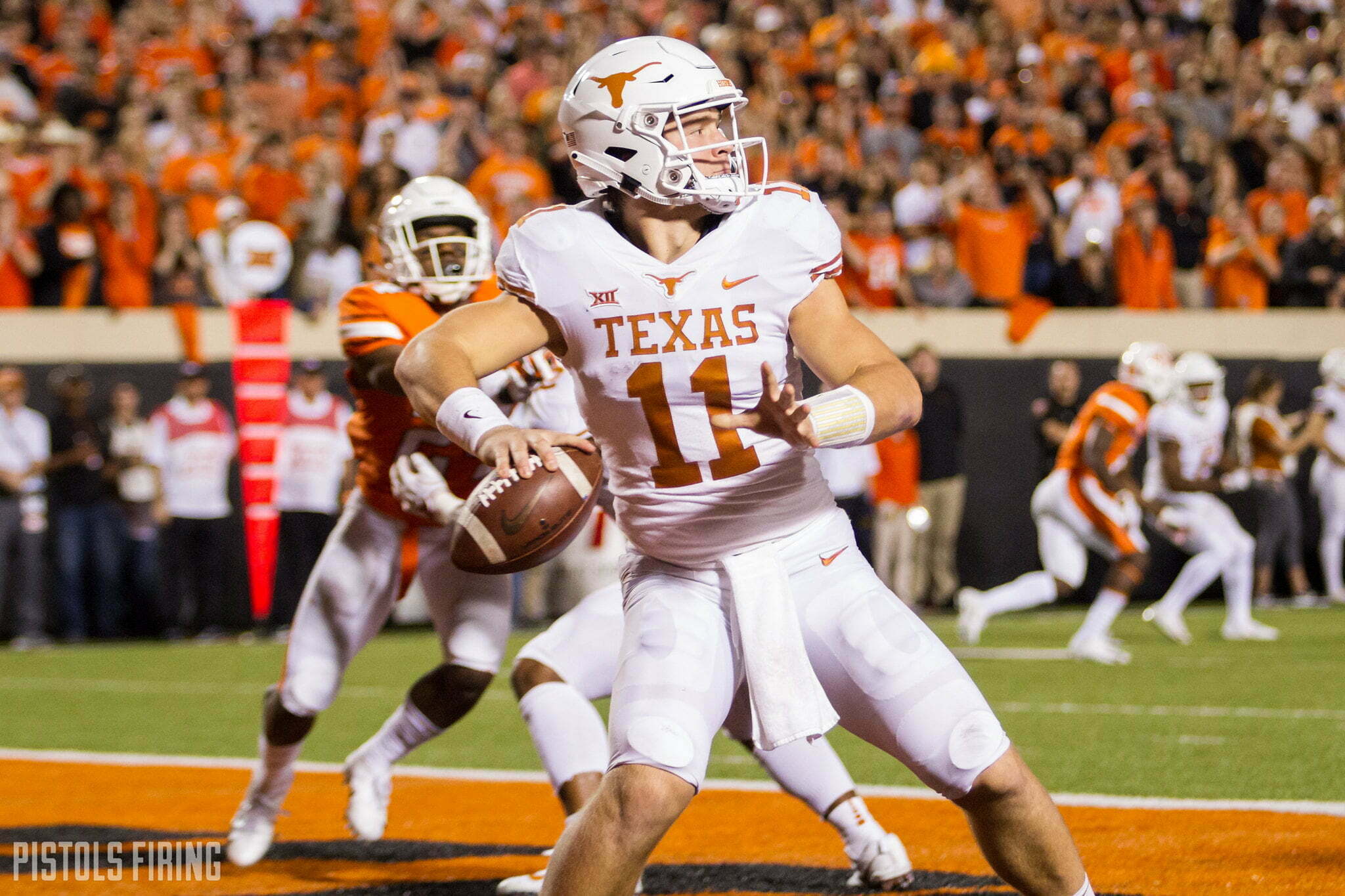 We’ve already examined storylines from OSU’s season opener against that other OSU as well as noncon bouts with McNeese State and Tulsa. Now the real football starts.

Oklahoma State will break the seal on Big 12 play with a trip to Austin to face Texas, which will undoubtedly be ranked a little higher than most of us think they should and lower than the home crowd believes fair.

Fresh off of a 10-win season, a dominant win over a top-10 Georgia team in the Sugar Bowl and a declaration by their QB that “the Longhorns have returned” (is that how it goes?), Bevo has his horns aimed at another trip to Big 12 championship game and OSU is the first team in its way.

Let’s take a look at some talking points for both teams’ Big 12 opener.

The last time the Cowboys set boot in Austin, they were lucky to get out alive. A top-10 OSU squad led by Mason Rudolph and James Washington struggled to reach 13 points and didn’t score on offense in the final 35 minutes of game time against a stingy hosting defense. A young Sam Ehlinger threw a putrid interception to a wide-open Ramon Richards in the end zone which saved the Pokes’ skin.

While Texas was one of the better defenses in the Big 12 last season, it only returns three starters on that side of the ball while OSU returns just five, losing everyone who had ever logged a start for its D-line.

The Cowboys and the ‘Horns hooked up for 73 total points in Stillwater last season, and I would expect a combined score closer to 73 that 23.

This game always seems to mean a little more for Oklahoma State because a lot of its players hail from the Lone Star State and, more times than not, weren’t offered by their home state’s school. As it sits now, 48 Cowboys on the roster crossed the Red River to play their college ball, including some who could make the most impact.

The most impactful Texan could be the former Mr. Texas Football and Gatorade Texas Player of the Year, Spencer Sanders. The Denton Ryan star was also named the Texas AP High School Player of the Year for 2017 and he could face two of his predecessors for that award this season. Baylor’s Charlie Brewer won it in 2016 and in 2015 it was Austin Westlake passer, Sam Ehlinger.

If this truly is the start of the Spencer Sanders era, he will have a chance to lay the foundation of his legacy on the turf inside Darrell K. Royal-Texas Memorial Stadium and against another storied Texas football QB.

When the Cowboys upset and outlasted the Longhorns last October, things got a little chippy at the end.

Even though Breckyn Hager won’t be there to take any cheap shots at unsuspecting opponents or embarrass his teammates, emotions should be high from either side.

Texas players will have a lot of pride coming into this game, especially if they can survive against LSU in Week 2, and should be confident entering Big 12 play. But no player in burnt orange has ever enjoyed victory over the Pokes.

Entering his fourth season at Texas, Tom Herman has logged wins against his counterparts at every Big 12 school except one. Any guesses?

4. Can OSU Make It Six-Straight in Austin?

No, Mike Gundy hasn’t secretly set up a satellite ranch somewhere in Travis County (that we know of), but he has owned plenty of Longhorns in Austin. Oklahoma State has won five-straight inside DKR, the most of any school — ever.

After starting out in the hole against UT, Gundy has had its number now going on a decade.

Overall, the Cowboys have four in a row against the Longhorns and seven of the last 10 meetings. Gundy is now 7-7 against UT after starting 0-5. The current streak of four-straight is also the best for OSU in series history. Before Gundy’s tenure, OSU was 2-17 against Texas spanning back to 1916.