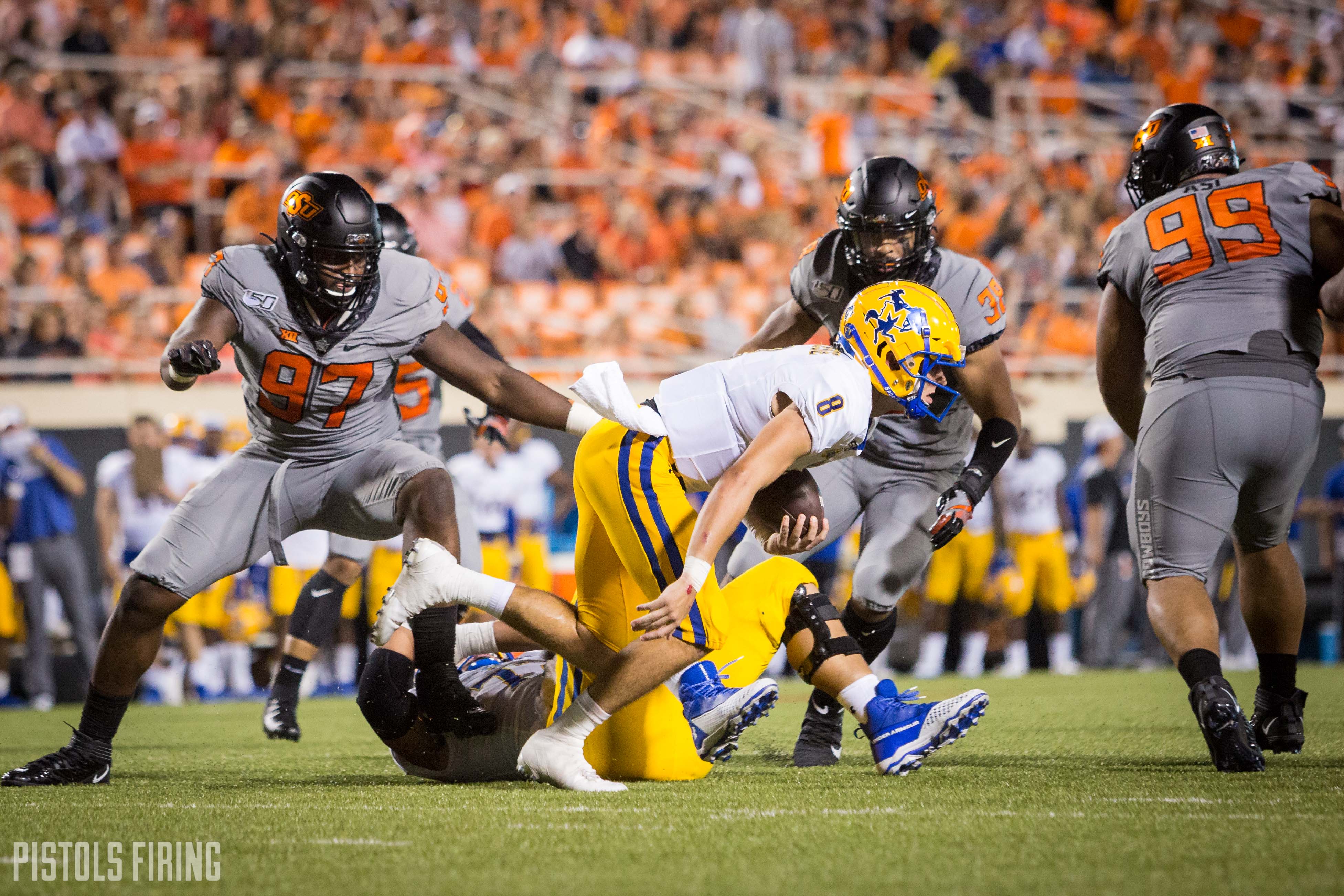 If you made other plans on Saturday night or have not decided to splurge on an ESPN+ subscription just yet, you might not think that there is much to learn from OSU’s 42-point win over an FCS opponent. But you’d be wrong.

Here are four things that I picked up watching the Cowboys move to 2-0.

1. OSU Still Has Some Bugs to Work Out

The Cowboys’ home opener was never really in doubt, but there were a few minutes early on — and specifically a few plays — where I thought here we go again. Maybe the 2018 season scarred me and maybe the Cowboys were still working out their early-season bugs and jitters, but for a good chunk of the first half they just seemed flat and undisciplined.

“In the first half we were just flat, so I told the team that I was disappointed in the way they were playing, and they weren’t playing to the level that they needed to and, in my opinion, weren’t focused like they were at Oregon State,” said Gundy. “They went out flat waiting on each other to make a play.”

Things ran smoother in the second half, but the game was already out of reach for the FCS visitor thanks to a handful of monster chunk plays. That’s not a luxury that OSU can or should rely on moving forward.

2. OSU’s Defense Has Some Pride

After taking the brunt of the criticism between Weeks 1 and 2, Jim Knowles’ group showed up big from the kickoff on Saturday night. Almost literally.

A.J. Green’s (and OSU’s) first interception of the year came on McNeese’s first pass attempt and ended with a 27-yard return to pay dirt. And the defense didn’t really let up all night, aside from allowing a couple of big plays.

“We just want to make sure we got lined up faster and we came out ready to start the game, which I thought we did,” said Knowles after the game. “That was a big deal, that we would start fast and get out to game speed. I [don’t] think we were at game speed right away last week. Do better on third downs and turnovers, so we worked on it a lot this week.”

Even late, when OSU had emptied its bench, the Cowboys showed some grit, staving off back-to-back would-be scoring drives on their own 1-yard line. I don’t know that you can glean a ton from the numbers based on facing an FCS opponent, but you can take as much if not more from the way the unit played from kickoff to buzzer.

When I laid out what I wanted to see against McNeese, I mentioned the offensive line and how it might look following some high praise from Mike Gundy after Oregon State. I think I agree with Marshall on this one.

OSU's offensive line won't be getting its highest grade of the Gundy era this week.

From the start, the O-line unit also came out a little flat. There were a couple of needless penalties and the group didn’t seem to be on the same page or in sync with the offense. When Chuba Hubbard runs into Johnny Wilson and the ball popped out, my mind went to one of those 1980s sports blooper videos. Bring on the cheesy sound effects.

The OL, like the rest of the offense, settled in, but it still has some work to do before conference play starts.

Big 12 play is quickly approaching. OSU’s coaches and players shouldn’t look past Tulsa, but we can. Texas is a Top-10 team who took another Top-10 team down to the wire in primetime.

The Longhorns, to this point, are easily the more battle-tested team, and you can believe that Tom Herman will use their losing streak to Oklahoma State, specifically at home, to motivate them.

Whether or not UT really is back is irrelevant, its players believe it is. And if OSU plays sloppy or comes out flat in Austin, they’ll get bull-rushed by the ‘Horns.