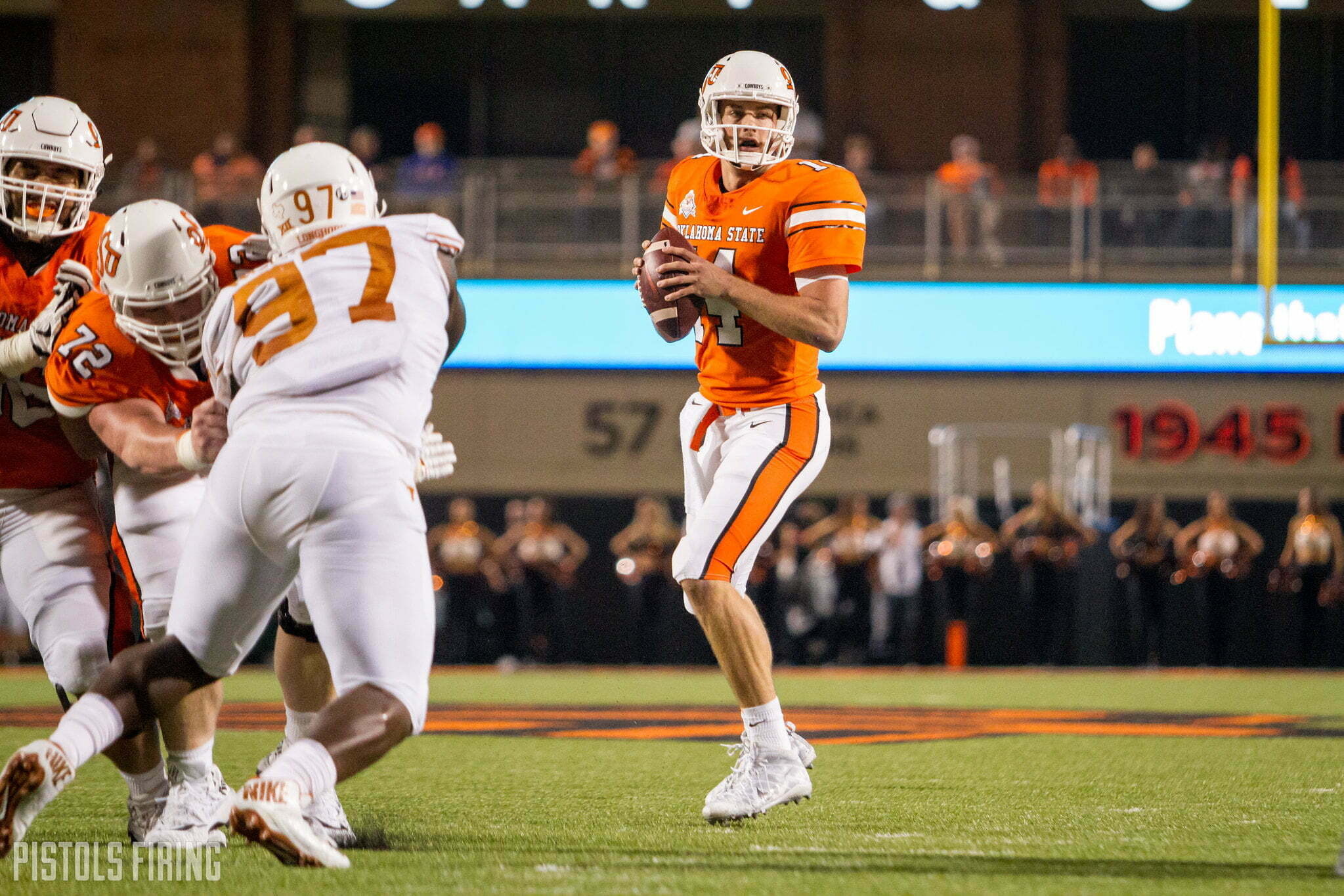 At the time of this writing, six former Oklahoma State Cowboys have agreed to rookie deals with teams after being passed up during this year’s NFL Draft. UDFAs rarely get their due, but they serve integral roles on each NFL roster. Sometimes they become stars.

Look at last season and Colorado’s Phillip Lindsay, relative of a couple of Pokes and who OSU faced in the Alamo Bowl a couple years ago. He went undrafted before signing a deal with Denver, and then went on to earn Pro Bowl and All-Rookie honors.

What I find most interesting about these undrafted potential pros, is that any perceived prejudices or team/conference biases become null and void. It’s dog-eat-dog for these guys in camp, but the linebacker from SMU gets just as much opportunity as the LSU safety who might have fallen out of the the draft.

Could the next NFL success story involve one these former Cowboys? Possibly.

Let’s take a look at a few of them, the competition they will face and — maybe not predict their success — but lay out some of the challenges they might face against what might give them the edge.

Before I catch too much grief from the comment section, this is largely based on the uphill battle that any undrafted passer would face heading to Green Bay.

Here’s a look at the QB depth chart Cornelius is trying to infiltrate.

Also worth noting, Cornelius is just one of three undrafted free agent quarterbacks reportedly signed with Green Bay. Manny Wilkins from Arizona State and C.J. Collins from Southwestern Assemblies of God University are also trying to earn a spot.

What helps him: Let’s face it. Cornelius’ best-case scenario is to impress so much in rookie mini camp and OTAs that he beats out his counterparts and usurps current QB3 Tim Boyle. First-year head coach Matt LaFleur is looking to install his offense which might (?) allow for a fresh look at any passer not named Aaron Rodgers.

What hurts him: Putting it as nicely as possible, what could hurt Cornelius more than anything is Cornelius. At times he was a gamer last season, but other times he struggled with consistency and he was prone to carelessness with the football, especially early. When he was given a clean slate to show what he could do in the East-West Shrine Game, he was downright abysmal going 4-for-7 for 28 yards and two interceptions. But he can still atone for that with a good showing in camp.

I try to view any optimistic notions about Corn Dog thru the lens of his predecessor, Mason Rudolph. The two are on different teams, but they are/were faced with similar challenges, striving for a backup role behind a future Hall of Famer. As a rookie in Pittsburgh, Rudolph was hoping for a chance at QB3 behind Landry Jones, but ended up at QB3, despite my favorite OU quarterback’s departure. Do I see Cornelius faring that much better in Green Bay without the built-in loyalty of spent draft capital? It’s doubtful, which doesn’t bode well for his prospects as a Packer long-term.

What helps: Williams was a solid-to-very good starter for much of his time in Stillwater, when he wasn’t injured. And Green Bay is looking to add depth and talent to an offensive line group that has been a revolving door due to injury and ineffectiveness going on two years.

Also, Williams has a built-in mentor and blueprint for success in former undrafted Poke Lane Taylor who has worked his way into a three-year starter and one of the few mainstays along the Packers’ line.

What hurts: The Packers spent a second-round pick on a guard Elgton Jenkins and also signed former Broncos guard Billy Turner. There will be plenty of hungry mouths among interior linemen in Green Bay this summer, but there’s also a need for a renaissance of the position so if Williams makes a good impression, there are jobs to be had.

Calling any UDFA a safe bet is apparent lunacy, especially at such a crowded position as wide receiver. Believe it or not, there are tons of dudes who can run fast and make plays that get cut every year.

What helps: Aside from him being a less-utilized, but faster version of Odell Beckham Jr. — I’m kinda kidding about the first part, and totally not about the second (4.34 vs. 4.43 40 time, look it up) — there are targets to be had in Houston if Tyron can hang through the roster cuts.

Behind DeAndre Hopkins and Will Fuller, who is still recovering from a season-ending ACL injury, there are a bunch of question marks at wideout. Familiar name Keke Coutee has looked promising when on the field, but only when he’s been on the field. The oft-injured former Red Raider only played in six games last year as a rookie. Long story short, there is a role to be had in the Texans offense if Tyron can just grasp it.

What hurts: Nothing, throw him the ball and grab some popcorn.