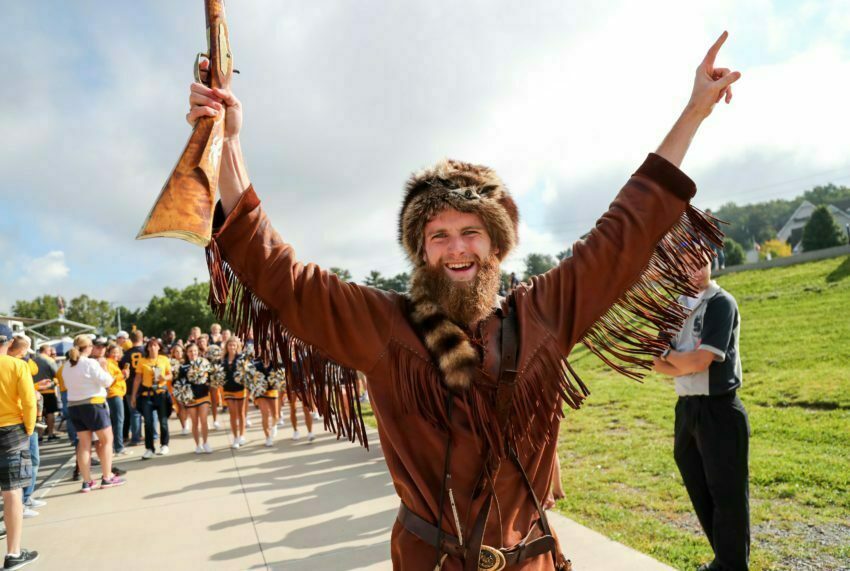 OSU heads northeast to face their distant Big 12 bretheren this weekend. While we are fairly familiar with the Mountaineers after five years of facing them, there are still a few differences between this season and past. That includes a new quarterback and a new star wide receiver, among other things.

To help get a peak behind the mountain, I spoke with Ryan Decker who covers the team for West Virginia Illustrated, as well as his own blog, Now on Deck.

Decker had some great insight on the relationship between WVU’stouchdown machines QB Will Grier and WR David Sills V, if WVU has the personnel to play the same style of defense as Texas did last week, who to watch in the secondary, and his final score prediction.

Just a reminder, the full audio of the interview is at the bottom of the page. I do apologize for both the couple of technical audio issues, and my inadequacies as an interviewer.

Phillip Slavin: Let’s start with the relationship between West Virginia’s dynamic duo; quarterback Will Grier and wide receiver David Sills V. They’re the top TD passer and top TD receiver in the country. What makes them work so well together? 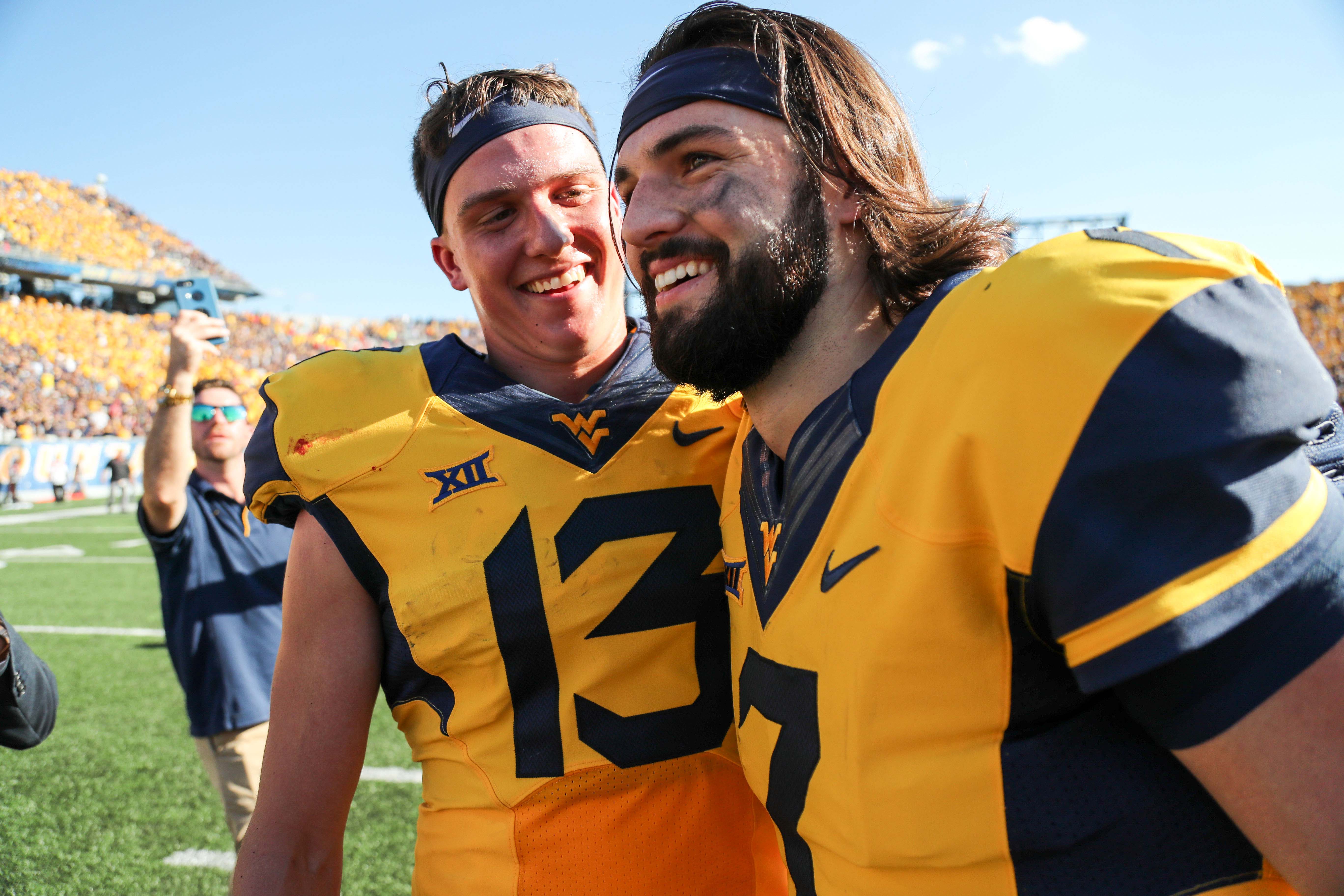 David Sills and Will Grier [USATSI]

Ryan Decker: It’s an interesting relationship because it’s two guys that kind of got to school about the same time. Obviously a lot of people are aware of the Will Grier story of how he started out at Florida, had the suspension and the transfer to WVU. David Sills story, some of it has been told nationally. He was the 13 year old in 2010 that committed to play quarterback at USC, and then decommited from there I think his senior year of high school. He came to WVU with the hopes of playing quarterback.

Actually that year, that was a couple of years ago now, the defensive coordinator, Tony Gibson saw him in practice and said ‘let’s see, let’s test this guy out at receiver.’ Tested him out at the wide-out spot. (He) made his first touchdown grab against Baylor, that was 2015, that season. Had a nice season the rest of the way, getting a couple of catches. Transferred to El Camino Community College to give it one last go at quarterback, then came back for this year as a wide receiver and he’s been fantastic.

They seem to just have a really good relationship. You talk to coaches and they talk about both guys, Will and David, they talk about their football IQ. Will is a coach’s son, David seems to be a very intelligent football player. With David having the quarterback background he can see things that other receivers really just don’t see, kind of call out coverages a little bit better. You get the two of the working together and it’s been a great tandem so far. Obviously everyone here in Morgantown hope they can continue that, especially this weekend.

PS: Tell me a little bit about Will Grier. How much credit does WVU’s success this year go to him?

RD: A lot of it definitely goes to him. He’s been a very calming presence in the huddle and on the field. He’s the kind of guy that doesn’t seem to get rattled. I think someone asked him two weeks ago after the comeback win WVU had over Texas Tech if he ever got rattled in that game. He said he’s just a guy that doesn’t get rattled a whole lot.

He seems to be very, very wise and experienced for a quarterback that’s only started, I guess a combined 12 games at the collegiate level. He seems to be pretty polished in that regard. He’s definitely got a good presence on the field. He’s a guy that can be mobile when he needs to be, he does a good job of sliding, or knowing when to get down.

Coaches have said his sliding technique hasn’t been the greatest, but they’re working on that this year. Will definitely deserves a lot of credit for getting this Mountaineer team to where it’s been, because with the defense not being as great this year for WVU, the offense has had a lot of pressure on it. So far the offense has risen to the occasion more times than not.

PS: Looking back at the Texas Tech game as well as the Kansas and Baylor games… West Virginia has had points in game where they look really inconsistent. What is causing that?

RD: It can be a combination of things. To go back to the start of the year, Virginia Tech was a lot of new pieces coming together. Then the next two weeks they played much lesser opponents in Delaware State and East Carolina so the football team, they only had to play about the first half. Then after that, Kansas, albeit a Big 12 opponent but it’s a lesser opponent still. You go into that game thinking, you’ve only got to play a really good half and then Kansas is out of it. What happened was Kansas came out in the third quarter, started playing well and it took a little bit of time for the Mountaineers to jump start themselves back up.

That’s been one thing, the inability to start, whether its the first half or the second half, off great. They’ve been slow starting at times. The other thing, at least as of late, has been the running game, just has not been there for the Mountaineers. Justin Crawford the lead back appears to be a little bit banged up, a little bit tired. The running game behind him with Kennedy McKoy and Martell Pettaway hasn’t blossomed I think in the way that a lot of Mountaineers hoped it would. Some of that also comes with a young offensive line that’s just not getting a lot of push.

PS: Other than Grier, Crawford, and Sills aside, who is the one player on the offense OSU fans should know about? 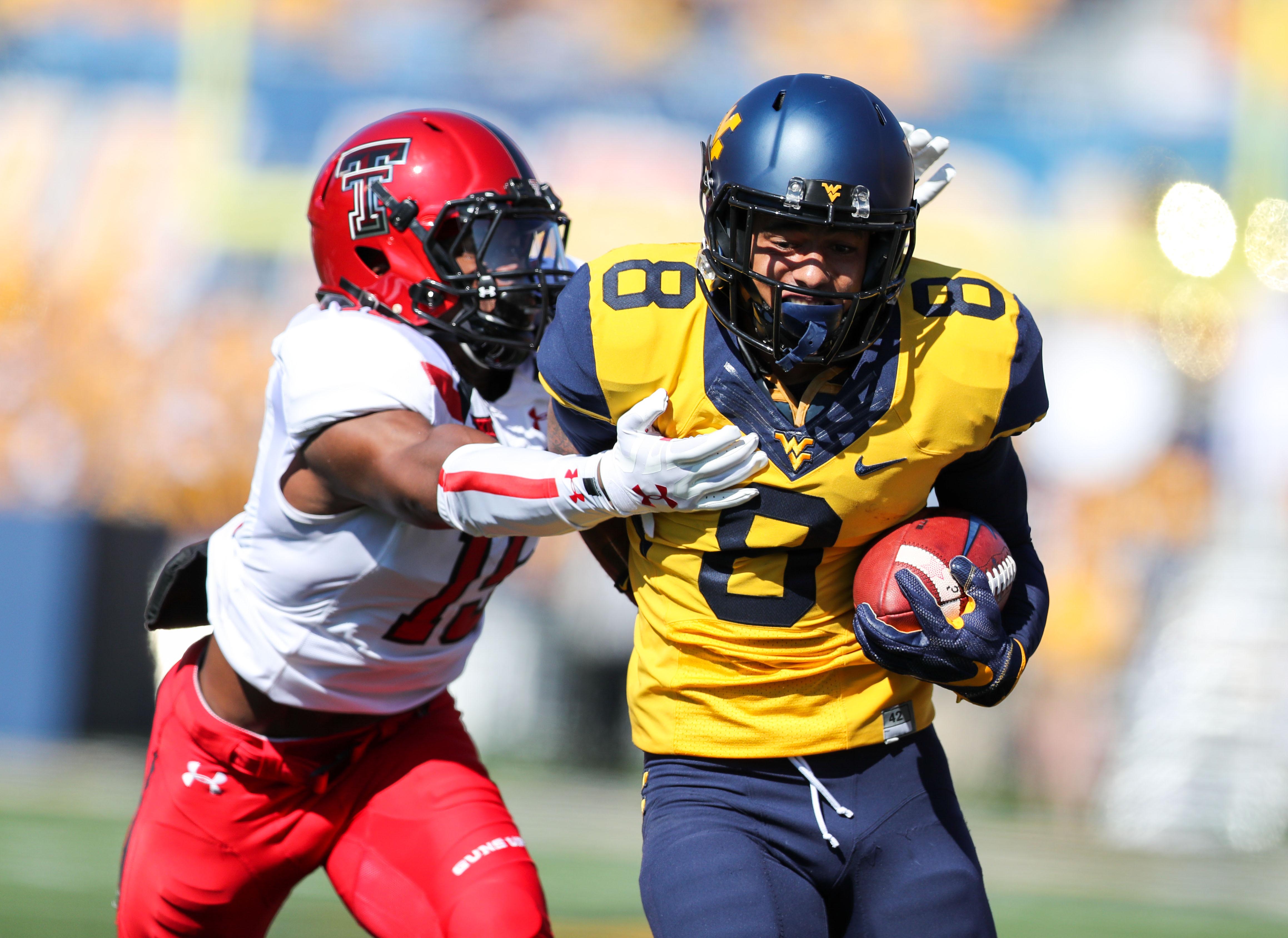 RD: I would say it’s probably one of two of the other wide receivers, between Marcus Simms and Gary Jennings. Gary Jennings has been a very good pass catcher this year for the Mountaineers. I think he’s third in the Big 12 in catches, he’s up over 50. He’s been really good. He’s more of an intermediate route runner, he’s not going to go deep on you. But that’s the difference between he and Marcus Simms. Simms is a guy who’s going to be a big play threat, kind of stretch the defense out over top.

If Grier can really get hooked up with him maybe once or twice in this game, that would be big for the Mountaineers to be able to move that Oklahoma State defense back. I know from talking with Jake Spavital (WVU OC) on Tuesday, the Cowboys defense really likes to keep everything in front of them. Obviously most defenses do, but they’ve done a really good job of that this year. So Marcus Simms is going to be the guy to try to really stretch the field for WVU.

PS: Turning to the defense. Texas and TCU have really shown a formula for how to slow down the Oklahoma State offense. I would expect WVU to try to do the same thing, but do they have the personnel to play that style as effectively as Texas.

RD: It’s gonna be tough. The biggest thing for a lot of teams is being able to get good push up front. That’s something that up until last week West Virginia really had not been able to do. The front three, because WVU plays more like a 3-5-3 base defense, so the front three just hasn’t been getting a lot of push really on both sides of the ball. They’ve kinda been the same in that regard.

Then last week, the Mountaineers were able to get some push against Baylor. So if they can continue that this week against Oklahoma State, then I think that helps out the rest of the defense, personnel wise, being able to do something similar to what the likes of Texas and TCU were able to do the last couple of weeks to Oklahoma State. But if they can’t get guys like Lamonte McDougle and Adam Shuler up front going, especially early on in the game, then it might get a little difficult. They do have good defensive players off the line of scrimmage. Kyzir White, David Long, Al-Rasheed Benton, a couple guys to mention there. It’s just how much pressure they can get, how rattled they can make Mason Rudolph early on in the ballgame.

PS: Who in the secondary should OSU fans know about heading into the game?

RD: The guy in the secondary is going to be Kyzir White. He’s a guy that can play all over the field. You’ll see him line-up right side, left side, he does a little bit of everything. He’s got a couple of interceptions this year, had a crucial one late in the game against Texas Tech to preserve that win. In between, and I’d say Mike Daniels would be the other one.

He’s… Mike Daniels has had some bad luck this year. A couple times this season he’s covering a guy about as well as you can and the wide receiver is just a little bit taller, a little bit better jumper and just jumps right over him. So Mike Daniels, good in coverage it’s just some bad luck on the other end. But those are definitely the two to watch for in the secondary.

PS: What’s your prediction for Saturday?

RD: My prediction before the season was that Oklahoma State was going to run rampant over WVU. I think that’s changed a little bit, with Oklahoma State’s line being a little depleted with some injuries. That gives WVU a chance, and obviously with Will Grier and David Sills, that connection has been great this year.

I still think Oklahoma State wins this ballgame. I think it’ll be a close game at first and then Oklahoma State probably pulls away late just because, they’ve got a few more veteran leaders. Mason Rudolph obviously been in the program forever. Mike Gundy’s got a great system established there. So I think Oklahoma State probably pulls away late. A high scoring game, I’m going to say there’s not a lot of defense played. It’s a true Big 12 game on Saturday. If you want a score I’ll say… I’ll go 56-42.

Ryan delves a little more into WVU’s issues with the run game, including the impact of play calling, the defensive lineman that could cause OSU problems, what the fans think about the job Dana Holgerson is doing, and we talk about couch burning in Morgantown.