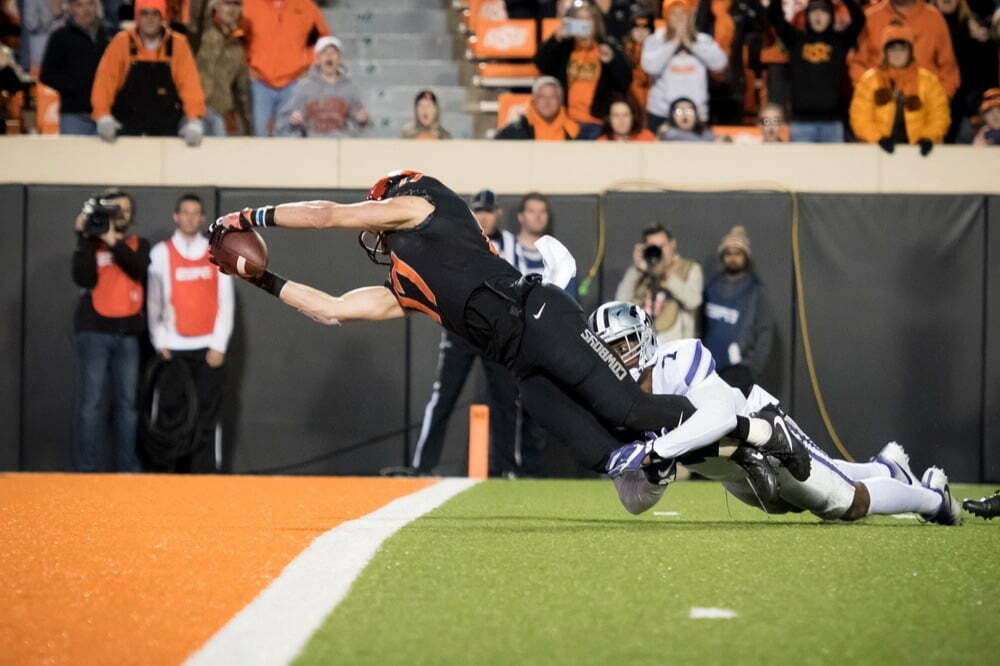 Oklahoma State is looking for its first three-year streak of 10+ wins on Thursday when it tees it up with Virginia Tech in the Camping World Bowl. The Hokies are going for their own mini-streak of 10+ wins after going 10-3 last season with a huge win over West Virginia in the Belk Bowl.

“One of the best things about being a head coach is getting to see your team celebrate or enjoy the fruits of their labor,” said VT head coach Justin Fuente. “And so, you know, for me, it’s about that fulfillment, a chance to get to 10 victories, which is kind of a number that Virginia Tech had been synonymous with for many years, and a chance to send our seniors out the right way.”

Fuente knows, however, that the road to 10 Ws runs through an opponent that should probably be involved in a better bowl than it is this year.

“We take pride and value in preparing for the bowl game,” he added. “I think that’s been the standard of Virginia Tech long before I got there. You always want to keep those things going, but it’s not something that I brought up. I certainly haven’t with our players. It’s been mostly about, you know, the opportunity to get to that number 10. And I wish we could play a much worse opponent to get to 10, quite honestly.

“But that’s also the fun part of it, is you get to play somebody that’s really, really good, and it’s going to be a tremendous challenge, you know, for our entire team to try and get this thing pulled off.”