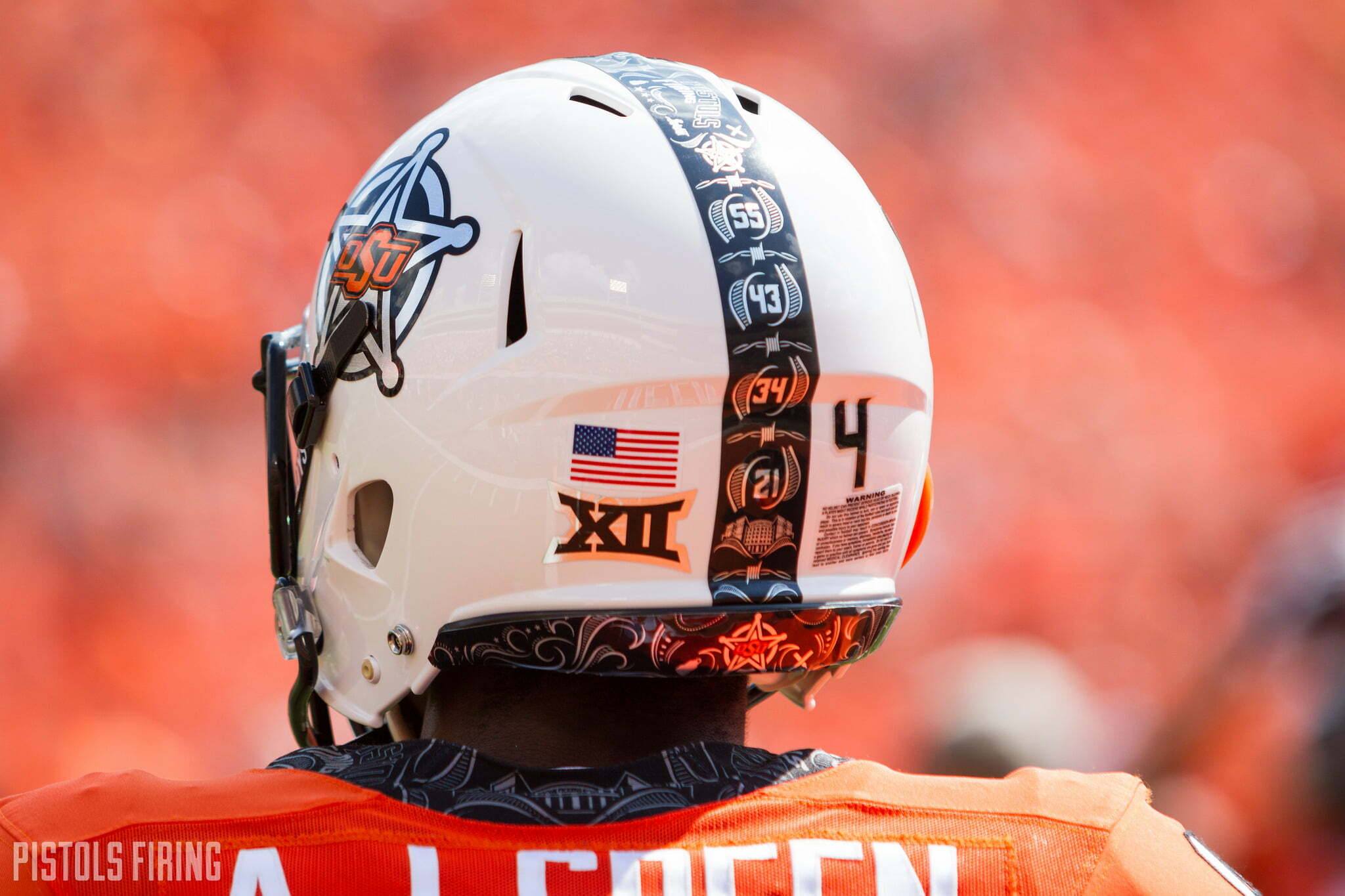 I know it’s easy (and maybe appropriate) to make light of the Camping World Bowl given Oklahoma State’s football expectations coming into the year. However, the Pokes still have an opportunity to do what only eight other teams have ever done. They got their ninth unanimous All-American selection on Wednesday, and with a win over Virginia Tech on December 28 would get their ninth 10-win season to match.

Five of those previous eight 10-win seasons have come with Mike Gundy as head coach, and two of the others came in 1987 and 1988 with him as quarterback. Let’s take a look at each one of these eight seasons and how the 2017 team could match them.

OSU played nearly the entire season inside the top 10 before finishing at No. 7 following a win over previous No. 7 South Carolina in the Gator Bowl. Incredibly, OSU didn’t have a 500-yard receiver or a 900-yard rusher that year. Its quarterback, Rusty Hilger, threw for 2,100 yards, 8 TDs and 6 INT. AND THIS TEAM FINISHED NO. 7 IN THE COUNTRY!

Here’s that entire Gator Bowl, which the Pokes take 21-14.

To contrast the 1984 year, OSU didn’t play a single game as a top 10 team and ended the year at No. 11 with wins over Missouri, Colorado and West Virginia (foreshadowing!). Gundy threw for 2,100 yards (nearly 1,000 of them to Hart Lee Dykes) and Thurman Thomas ran for over 1,600. For the second time in four years, OSU went 10-2 with losses to Nebraska and OU.

Hey look, more losses to Nebraska and OU! The Pokes were an offensive juggernaut in 1988 and no games played inside the top 10. OSU scored fewer than 40 once (!) but allowed more than 30 four times (more foreshadowing!). Barry Sanders had 84,000 all-purpose yards (approximately) and Gundy established himself as king of Stillwater.

Friend of the blog Alum in Arizona keeps trying to get me to find PPD numbers for the 1988 team, which I’m sure are astonishing but would also likely take a year to compile. Regardless, this was one of the most unique (and best) teams in OSU history.

You’re not going to believe this, but OSU won 11 games in 2010 and lost to OU and Nebraska. That is four consecutive 10-win seasons (to date the only 10-win seasons in OSU history) and the only losses (eight of them) have come to OU and Nebraska! This was Justin Blackmon’s first Biletnikoff award season in which he had 1,782 yards and 20 TDs. Not the 80s anymore, fam!

OSU has to lead the world historically in games played as the No. 11-15 team in the country. Combine these years with the 1980s, and it seems like they had a 11 by their name in every contest. This year’s squad had probably the best defense in school history (they gave up 60 in all of November compared to 62 to OU this year), but couldn’t come up with a final stop against OU when it counted in December.

Probably the strangest of the 10-win seasons. They won 10 in a row, hit the mark on November 14 and then didn’t win again until September 2016. This was maybe the weakest 10-win team of all eight. If I’m creating a bracket, this one is probably the No. 8 seed against the 2011 team, and this team is getting smoked.

This team was good, not great. Probably better than the 2015 team but probably not as good as it seemed at the end of the year. It did set us up for an ambitious, optimistic 2017, though, which could be added to the list of these teams after December 28.

Here are the losses by school during these eight seasons (18 in all).