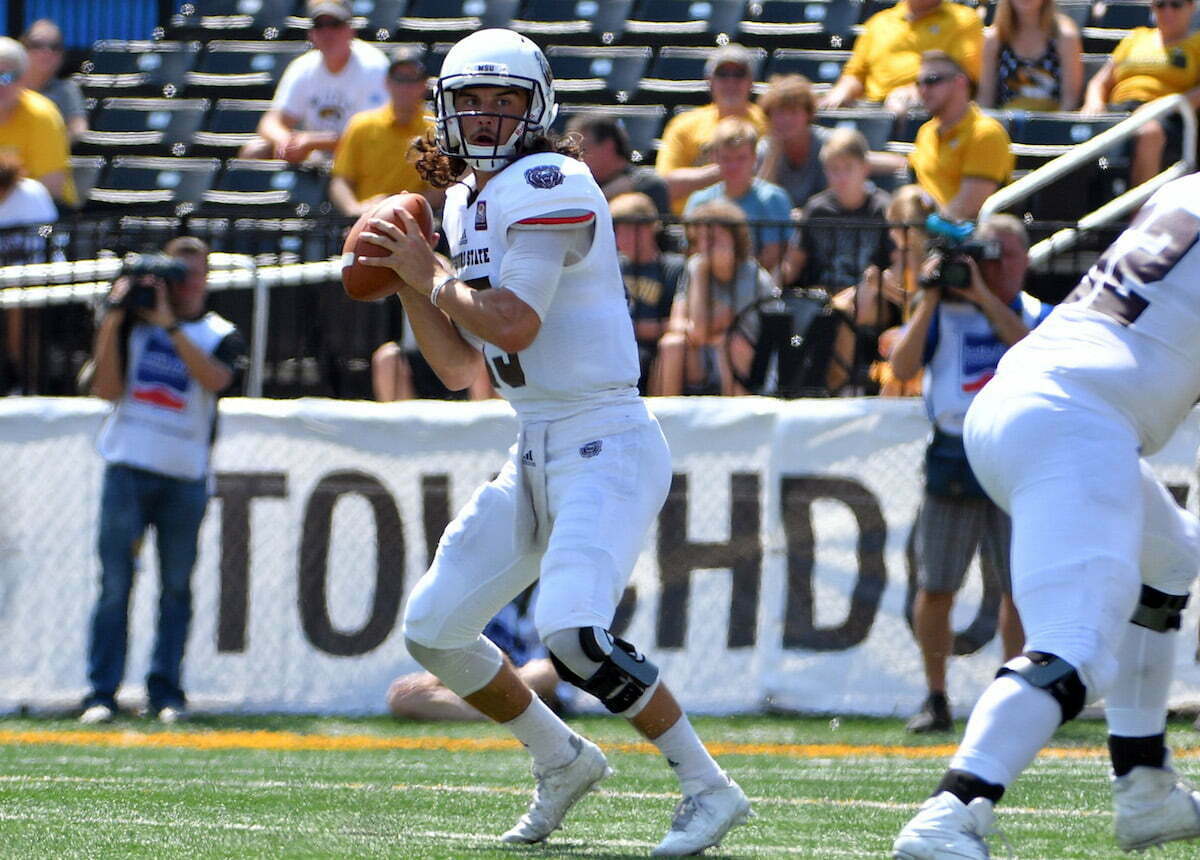 Oklahoma State will open its season at home against the FCS Missouri State Bears this Thursday. The Bears are coming off a three-win 2017 campaign and are looking to improve in their fourth season under head coach Dave Steckel.

A lot has changed for the Bears since they last played the Cowboys in 2014, so let’s look at five key things to know about this Missouri State team.

Thomas Fleming recently broke down how MSU’s inexperience at wide receiver could lead to increased aggression from Jim Knowles in relation to the Cowboy secondary. So I won’t go into too much detail here, but it’s important to note the Bears lost their top four receivers in terms of production from a year ago. This included possibly their best offensive weapon from last season in Malik Earl (774 yards and 3 touchdowns), along with MSU quarterback Peyton Huslig’s safety valve, tight end Erik Furmanek (444 yards and 2 touchdowns). Their current two-deep only lists two wide receivers who had multiple receptions last season. This inexperience could be a major problem for the Bears as they get set to take on the Cowboys.

Missouri State will be putting the field goal kicking duties in the hands (or, I guess… feet) of two freshmen in Parker Lacina and Nick Williams. They reportedly haven’t impressed during offseason scrimmages, and since the Bears can’t afford very many scoreless drives against this more talented Cowboy squad, issues on special teams could pose a major problem come Thursday for them. Especially if OSU’s video board is used as we hope.

3. Pass Rush Could Be A Strength on Defense

The Bears had a tough time on the defensive side of the ball last season. They allowed 38.3 points per game ranking them 117th in the FCS. However, they return nine starters and Steckel seems to be very excited about his defensive line in 2018.

“It’s the one thing we had to upgrade,” Steckel said via the Springfield News-Leader. “We’re expecting big things out of them. I’m very pleased with them up to this point.”

Missouri State returns All-Missouri Valley Conference second team linebacker Angelo Garbutt, who had 2 sacks and 5 quarterback hurries a year ago, and they’ve added talented junior college transfers Matt McClennan and Godey Coleus. In addition, senior defensive tackle E.J. Sutton, who transferred to MSU after two seasons at Arkansas State, has made eight career starts and will be looking to cause havoc in the middle of the defensive line in Stillwater.

4. Questions on the Offensive Line

At the start of the offseason, the Bears offensive line looked to be one of their strengths heading into 2018. They return every starter except their left tackle due to a retirement from football. However, due to injuries, and what Steckel calls “ongoing competition,” there was a lot of movement on the offensive line as the MSU coaching staff worked to nail down a starting front.

This could mean the Bears have a lot of depth and there is good competition, as Steckel stated, but it also could mean no one has really stepped up and shown they are deserving of a starting job. If it’s the latter, Jim Knowles’ aggressive, blitz heavy defense could cause a lot of problems for the Bears’ offense in this matchup.

5. Peyton Huslig Is the Bears Offense

As I mentioned above, Missouri State loses a lot at wide receiver and tight end. In addition, they lose two of their top three producers at running back. This means that until the Bears can figure out who their new go-to receiver will be, and who will step up in the backfield, they will look to junior quarterback Peyton Huslig to carry them on the offensive side of the ball.

Huslig was MSU’s leading rusher, with 621 yards and 4 touchdowns, and passer, throwing for 1,981 yards and 9 touchdowns, during the 2017 season. Whether it be an RPO, zone-read/zone-read option, a straight drop back or a designed quarterback run, Huslig will have the chance to try and make plays against this Cowboy defense on Thursday. We’ve seen Oklahoma State struggle with mobile quarterbacks in the past, so stopping Huslig should be a priority for Knowles and company.