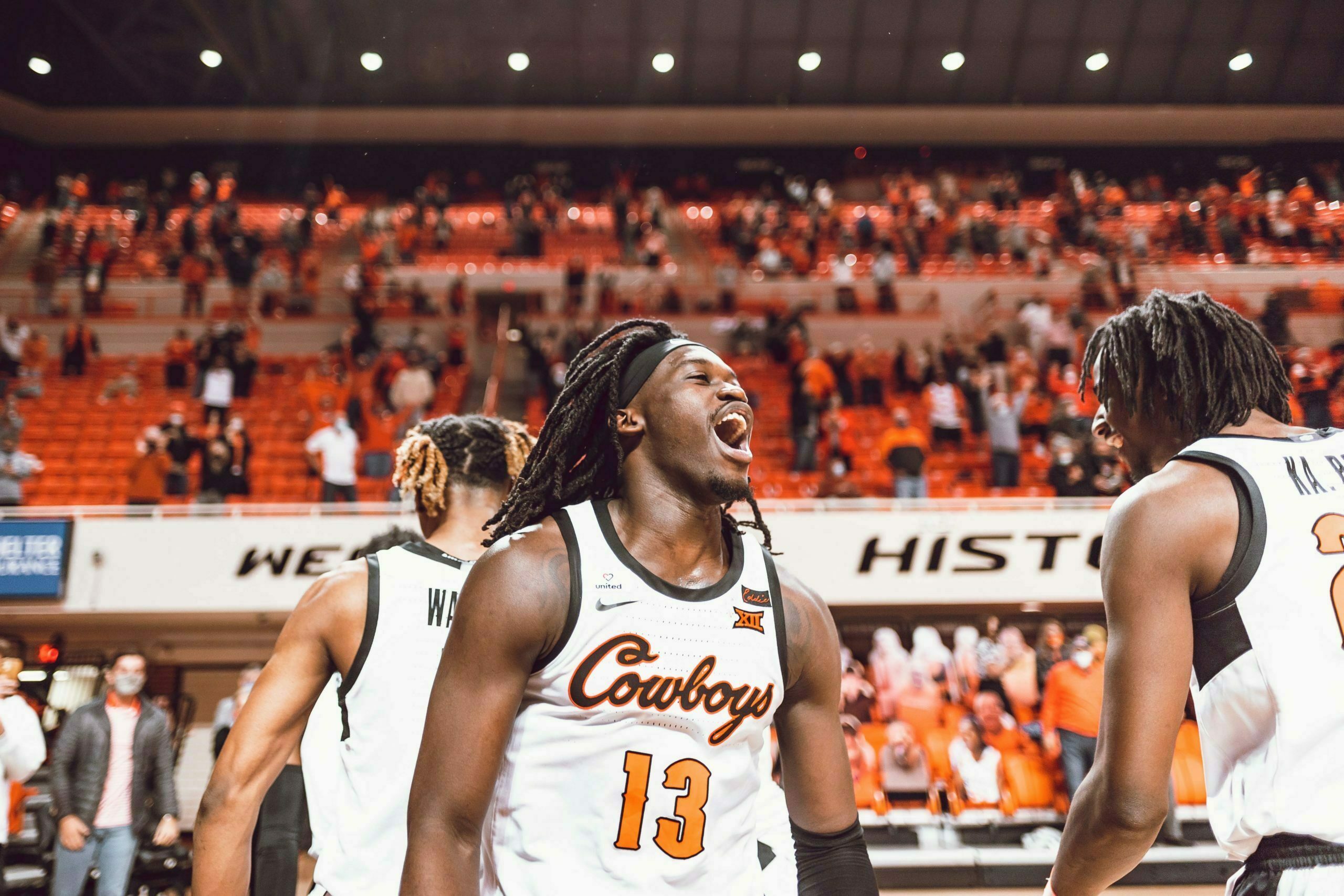 After more than a week, the Cowboys will take the court Saturday.

The Oklahoma State basketball team is cleared to host No. 2 Baylor on Saturday after the Cowboys’ Friday COVID-19 tests. The Pokes suspended team activities last Friday after a positive test led to contact tracing within the program.

That forced OSU to postpone its game against Oklahoma (which has since been rescheduled). The Cowboys scheduled game against West Virginia this past Tuesday had already been postponed because of COVID issues from the Mountaineers.

The Cowboys were able to return to practice Thursday. It was their first practice since Jan. 14. Saturday’s game will be the first game the Pokes have played since their Jan. 12 upset against then-No. 6 Kansas.

Baylor is 13-0 this season and ranked second in the country.

Although OSU was cleared to play, it is unlikely the player who tested positive last Friday will be available against Baylor. The positive test has not been announced.

OSU and Baylor are scheduled to tip off at 1 p.m. Saturday in Gallagher-Iba Arena. The game will be televised on CBS.