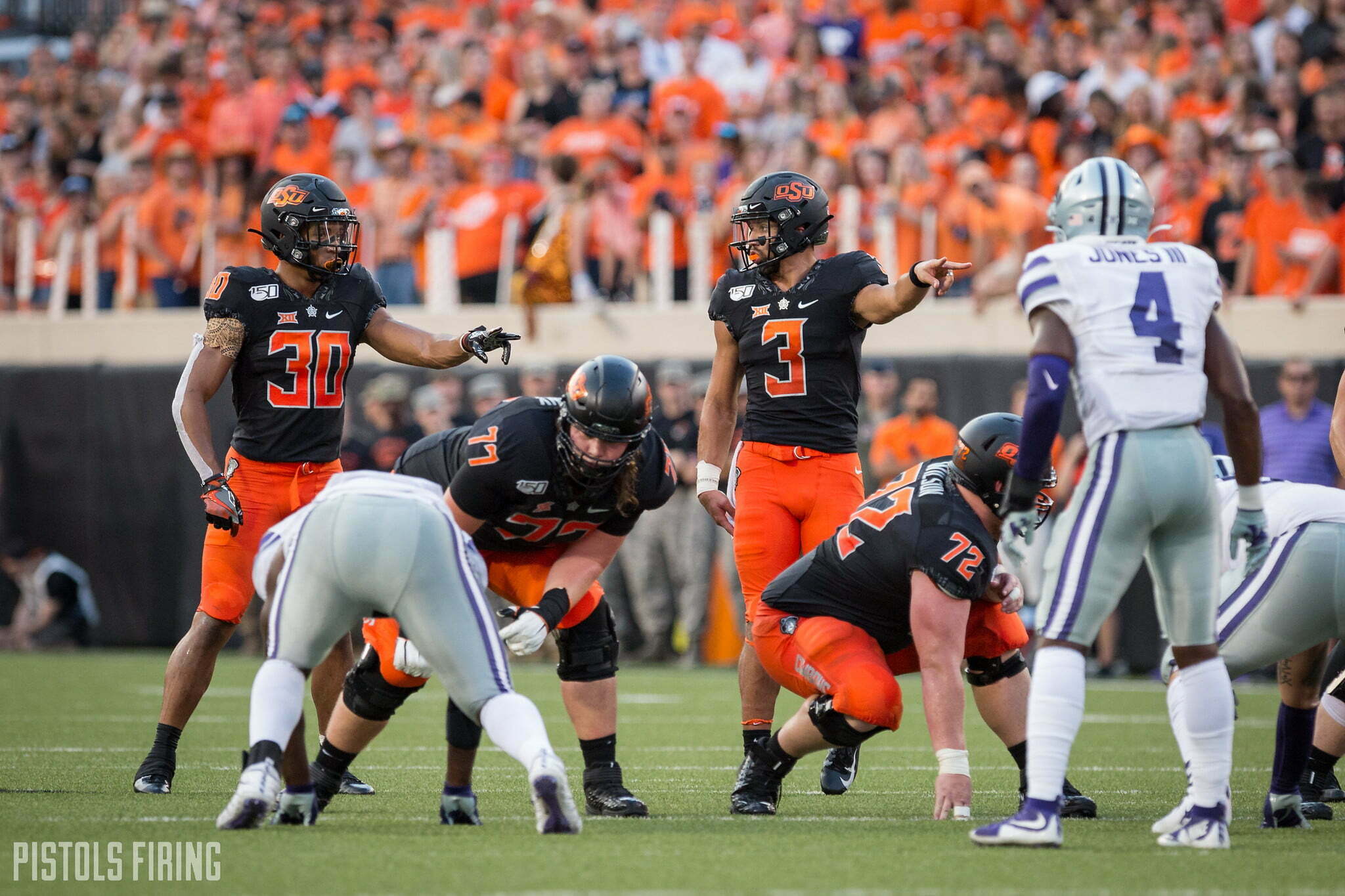 STILLWATER — Like most games, this one will likely be decided up front.

Oklahoma State hosts Baylor at 3 p.m. Saturday in the Cowboys’ homecoming game. The Pokes are just 2-5 against Baylor in the past seven season, but the teams’ look fairly evenly matched entering the weekend.

It’ll be a tough test for OSU’s offensive line. We’ll talk about that in a bit, but first here are stats and standings.

At some point Saturday, the unstoppable force Chuba Hubbard will meet up with immovable object Bravvion Roy.

Roy is Baylor’s 6-foot-1, 333-pound defensive tackle. He plugs up the middle of the Bears’ three-man defensive front, often requiring a double team. This season Roy has 23 total tackles, five tackles for loss, a sack and five QB hurries.

Hubbard’s yards per carry more than double that number at 6.8. Hubbard’s 1,094 rushing yards leads the country. It leads all Big 12 rushers by 464 yards.

Texas Tech’s SaRodorick Thompson had success running the ball against the Bears last week. Thompson finished the double-overtime game with 28 carries, 153 yards and two touchdowns. He was the first person this season for rush for triple digits against Baylor.

It isn’t only good rush defense the Bears’ defensive line provides, though. Baylor also leads the Big 12 with 23 sacks.

With Roy often forcing a double team in the middle, James Lynch has been a terror in one-on-one scenarios off the edge. Lynch leads the Big 12 with 8.5 sacks. OSU has only eight sacks in total this season.

OSU’s offensive line has allowed 13 sacks this season, the second most in the Big 12. Nine of those have come in the past two weeks when the Cowboys were without starting left tackle Dylan Galloway. On Monday, Gundy said Galloway has returned to practice, meaning he could be back this weekend.

OSU gave up only four sacks in the first four games of the season, the games where OSU had its intended offensive line.

“They got great players all over the field, and they’re a great team,” Hubbard said. “You can’t really worry about one guy. You gotta worry about everyone. As long as we play hard and do our job, I think good things can happen for us.”