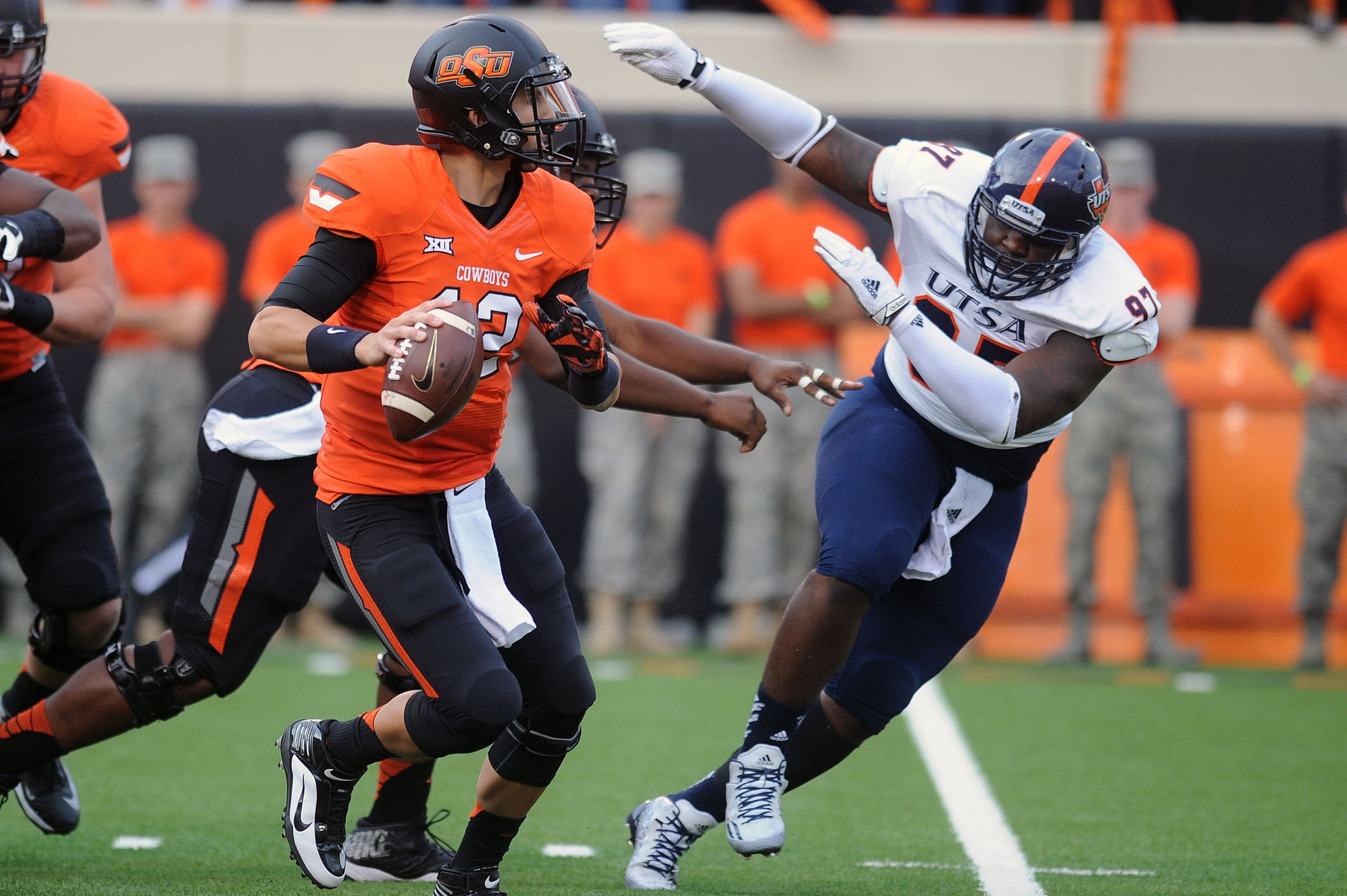 This is a guest post by an English PhD student named Josiah Meints. It is satirical in nature. It is not a real article with real quotes. Think The Onion if The Onion turned orange for a day. These things didn’t actually happen. They are not real.

While the OSU Cowboys emphasize athleticism for all of their players, quarterbacks at OSU have a drill uniquely their own: the “Get Away from the Cops” Run. This week, after completing his first game as the official starter at quarterback, Daxx Garman attempted his first Run of the season.

The Run differs from most drills in the Cowboys’ typical practice since it requires the assistance of local law enforcement. For each Run, the offensive coaches assemble a unified task force from the OSU and Stillwater Police Departments, including at least one K-9 unit.

During the drill the officers, of varying levels of fitness, and the police dog are instructed to chase Garman around the practice fields until he escapes or is caught and tased until unconscious. Gundy noted that the drill has been highly successful in the past.

“Clint [Chelf] was particularly good at it. He got pretty famous for it and even challenged Kliff [Kingsbury] to drive up and compete with him before we played them in Lubbock last year,” Gundy recalled. “Of course he [Kingsbury] accepted.”

Offensive Coordinator Mike Yurcich noted that while the Run is relatively simple, it does take some preparation.

“I try to make the routes as simple for him [Garman] as possible,” Yurcich explained as he drew a straight line on a marker board with an arrow on top. “He’s pretty new to this position, but we want to set him up for as much success as possible.”

Former starter JW Walsh, who will be sidelined for most of this season with an injury to his foot, described his strategy for completing the Run in the past.

Garman appeared tentative during his first attempt, but managed to cover nearly 20 yards before being tackled and shocked with several thousand volts of electricity. On his second Run, Garman seemed much more confident, even managing to throw his water bottle to speedster Tyreek Hill on the sidelines during the Run.

After catching the bottle with no one around him, Hill and the water bottle vanished in a flash of white radiance to the endzone in Boone Pickens Stadium, much to the surprise of the coaching staff.

Garman attempted the run five times before he managed to get away from the officers by running west down Hall of Fame into the sunset, blinding the officers with the sun and making it difficult for them to follow.

While Garman was supposed to run the drill alone, Defensive Coordinator Glenn Spencer decided to include the entire defense as a unit in Garman’s fifth attempt. However, Spencer instructed his players to run at the cops instead of away from them.

“And once they [the defensive players] get caught,” Spencer explained, “I told them to shake each officers’ hand, thank them for their service, and take them and their families out to a steak dinner because we don’t appreciate those folks enough these days.”

When asked about Garman’s performance in the run, Gundy said, “I thought he did okay. He did what we asked him to do and that’s all you can really ask of him.”