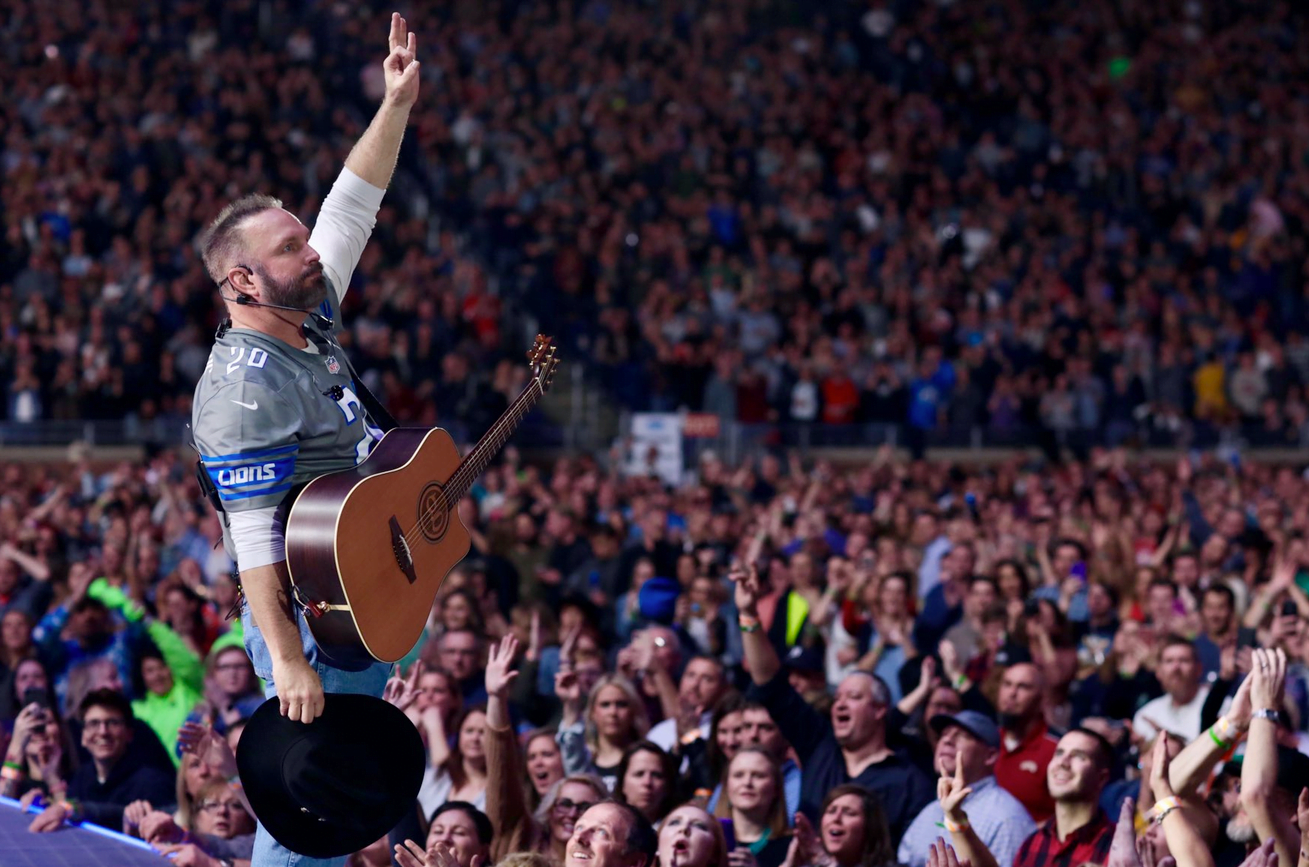 As if you needed another reason to ignore pretty much everything that comes across the Facebook timeline, Garth Brooks’ latest social media stunt has given more credence to that belief.

Brooks, at a concert this week in Detroit, was donning the jersey of fellow Oklahoma State alumnus and former Detroit Lions star Barry Sanders … only that’s not how some interpreted it. Instead, many thought he was taking a political stance and riding with #TeamBernie. That led to an army of trolls vowing to never support him again for making a political statement.

“Love you hate the shirt. Trump2020,” said one commenter. “Sanders? Really? So out of touch!” said another. Added another enraged fan: “Sanders?? Don’t care about your politics. Love your music. Let’s keep politics and your entertainment separate.”

Facebook forgot who Barry Sanders is and is freaking out at Garth Brooks for wearing a jersey and I’m dying. pic.twitter.com/wVfAKU7Cn1

All the LOLs. A man can’t even support a fellow friend without people misinterpreting the meaning. Shouts to Garth for riding the Barry wave, and withstanding the burn that came with it.

Detroit
You carried me all night long
But you always have
I’m in love with you! love, g #GARTHinDETROIT pic.twitter.com/nURU8gaj7F