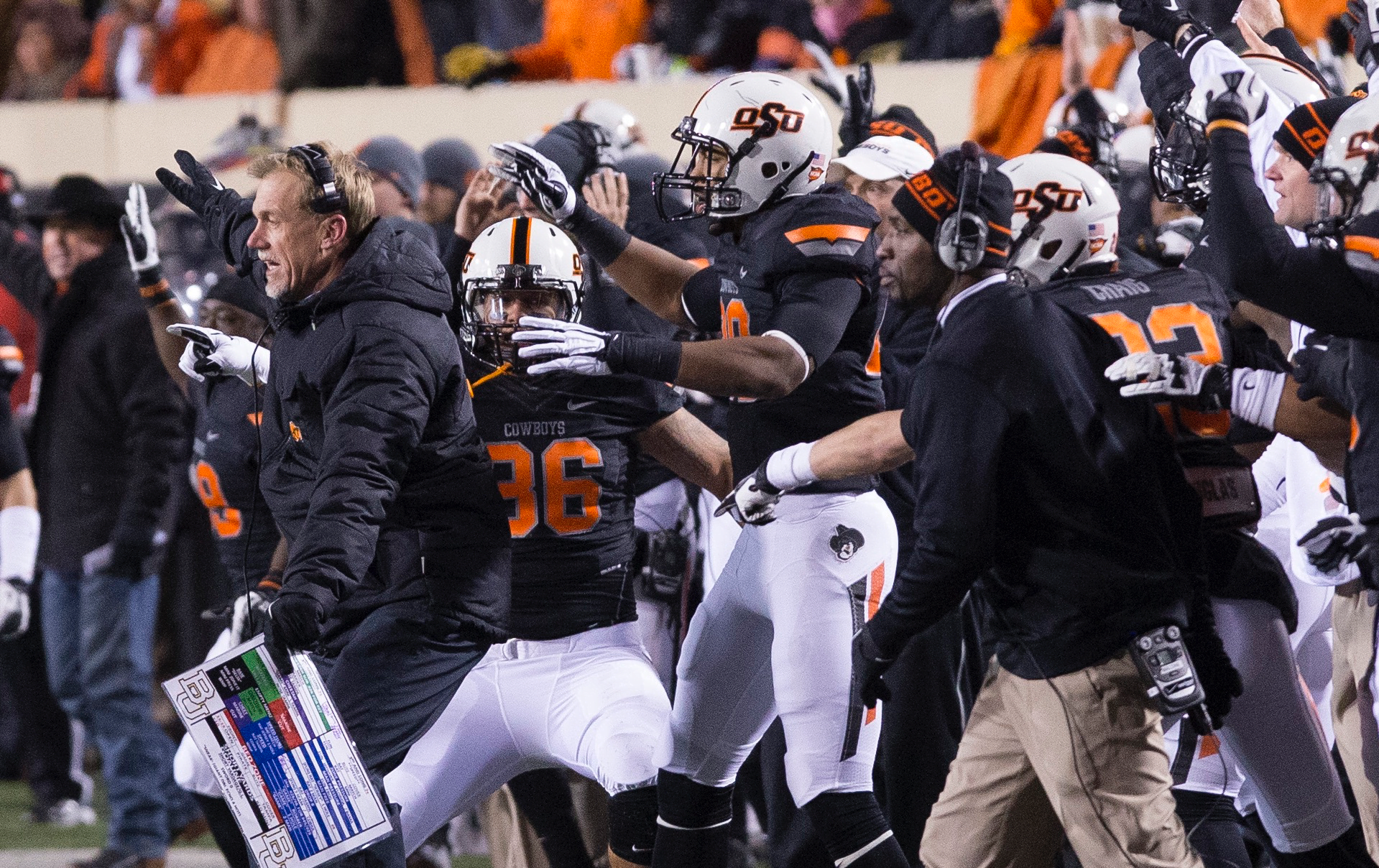 We have all seen the number by now. And if you haven’t, here it is.

The Big 12 played some defense in its bowl games. Some serious defense.

Combined, those six Big 12 opponents averaged 32 points a game throughout the year. They averaged just over 20 in the six bowl games played against Big 12 teams. Granted, the only big-time bowl was the Sugar Bowl which saw OU hammer Auburn, but this is still impressive. Only Georgia was better than its season average (24).

Oklahoma State defensive coordinator Glenn Spencer has long been fed up with the #nationalnarrative that the Big 12 doesn’t have good defenses. Maybe, you know, they just have better offenses. This is a circular argument, of course, and there is no right answer. The bowl season doesn’t necessarily prove that the Big 12’s defenses are great, but it does show that maybe there is more to the conversation than what is normally presented.

“There is no national discussion on that and I’m always wanting to take up for my kids,” Spencer told Robert Allen of GoPokes.com this week. “We played against some of the best big-play and most explosive offenses in the country and nobody else will try to get those facts out. The agenda is out and people are going to listen or put out whatever supports their agenda.”

The OSU defense Spencer captained allowed 2.09 points per drive on the season which ranked No. 54 in the country. But it also faced five of the top 35 offenses in the nation in generating points per drive.

“All of a sudden the national contenders (championship game) have a game like that and it’s revolutionary,” added to Allen. “They are blaming offenses for keeping a defense on the field so long and I’m thinking, ‘hey buddy, try doing that for 12 weeks out of the year.’

“When we put out [tweets with defensive stats], Robert, that’s for recruiting,” Spencer concluded to GoPokes.com. “That is for those recruits we’re getting hammered with, these national kids that are maybe getting recruited by a couple of other conferences out there. You have to show them this is why we do what we do and this what we have to do to win, so it’s not always what that person that is recruiting against you is saying. We need to get some more good players in this league.”

It’s true that there is a deficit of pros on defense in the Big 12 when compared to, say, the SEC. But there is also a deficit of pros at QB in the SEC. That slices both ways. It just depends on how you want to look at it. There is not a right answer when it comes to arguing conferences and styles. But there are multiple ways to win football games. Something I think more people need to recognize on a national level.