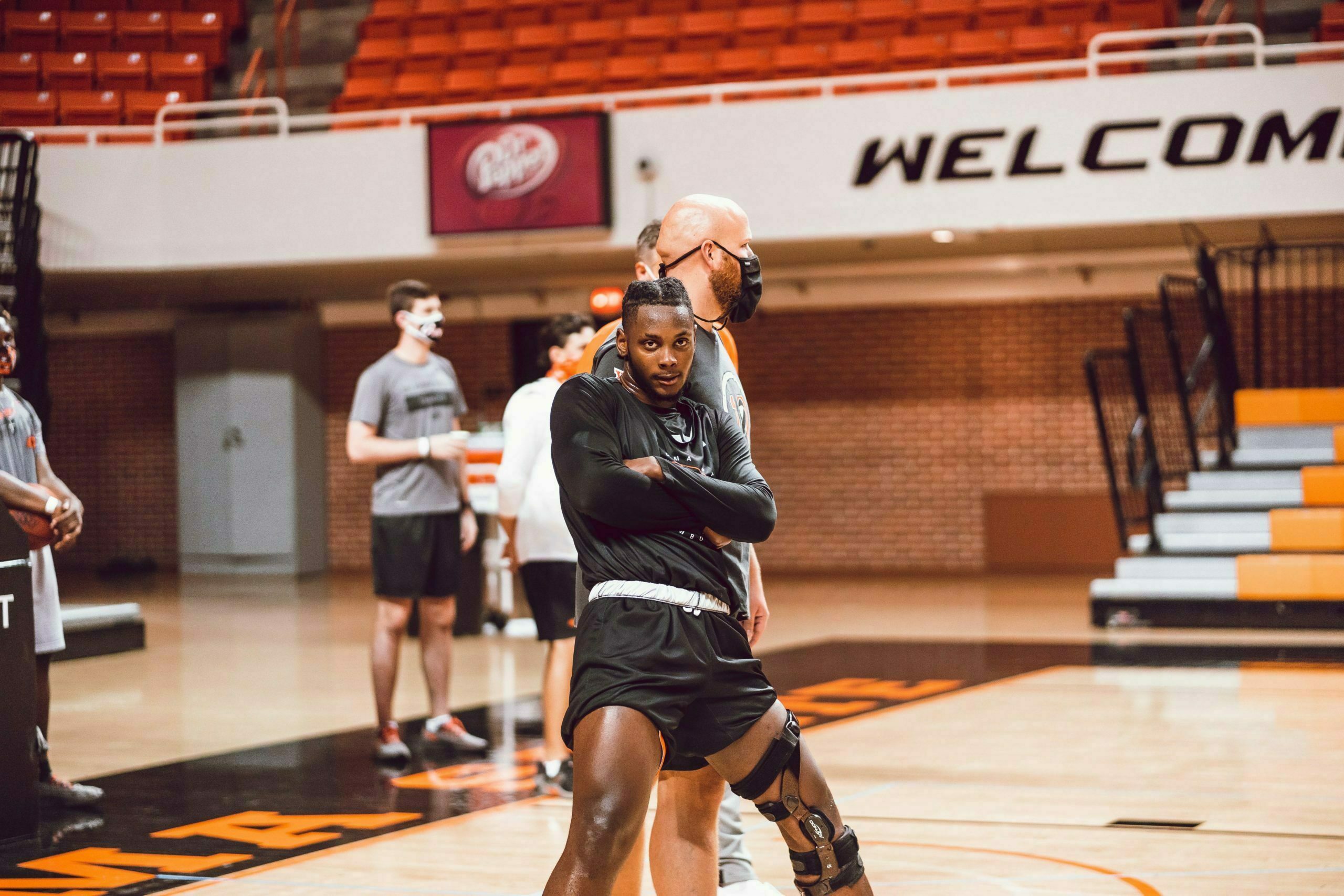 Chris Harris’ freshman season didn’t go quite as planned on the court, but his contributions off the floor continue to make an impact for the Cowboys.

Harris played in 22 of the Cowboys’ 32 games last season before tearing his ACL and missing the remainder of the year. He is back to full strength heading into the 2020-21 season with a roster that he says he helped build.

Without mentioning names, Harris said he had a hand in recruiting “at least two or three” of OSU’s incoming freshman class, a freshman class that Rivals ranked fourth in the country.

Harris knows people. From potential recruits to players on OSU’s roster, everyone seems to have known of Harris for a long time. When Donovan Williams spoke with PFB about his recruitment back in January, even the Nebraskan said he was familiar with Harris, who is from Texas.

“I’ll give you this example: my 5-year-old daughter’s favorite player is Chris Harris,” Oklahoma State coach Mike Boynton said. “That’s who he is. Chris makes himself known to everybody. He’s never met a stranger. He’s a tremendous kid. Literally, when the guys come over to my house, she grabs Chris, and he goes and plays with her dollhouses. He doesn’t mind playing with kids, he doesn’t mind speaking to adults and he’s a great teammate.”

Boynton credits part of Harris’ ability to mesh with people with the fact that Harris wasn’t “the guy” in high school. Harris played alongside Tyrese Maxey at South Garland. Maxey was the No. 10 player in the 2018 recruiting class and is expected to be an NBA lottery pick after playing last season at Kentucky.

While still being a high-level basketball player himself (he was a four-star recruit after all), Harris has had to find ways to fit into teams. That’s not something a lot of high-level prospects have to do.

With the ability to get along with everyone from Zoe, Boynton’s 5-year-old daughter, to NBA lottery picks, Harris is quite the asset for the Cowboys as a player/recruiter.

“Chris just wants to recruit, period,” Boynton said. “He wants to know who we want, and whoever they are, wherever they’re from, ‘Let me host them, coach.’

“… Chris is like me. He’s just a grinder. Get in, try to find out who’s who, what’s what, build a relationship and get it done that way.”

Harris said he wants to play basketball for as long as he can, but coaching or being a strength and conditioning coach are some things he has thought about doing past his playing days.

Like his current head coach, it doesn’t sound like building relationships with guys would be an issue with the future Coach Harris.

“I like players that like to compete,” Harris said. “If I feel like he can help the team, I’ll go above and beyond to try to get him to play with me.”