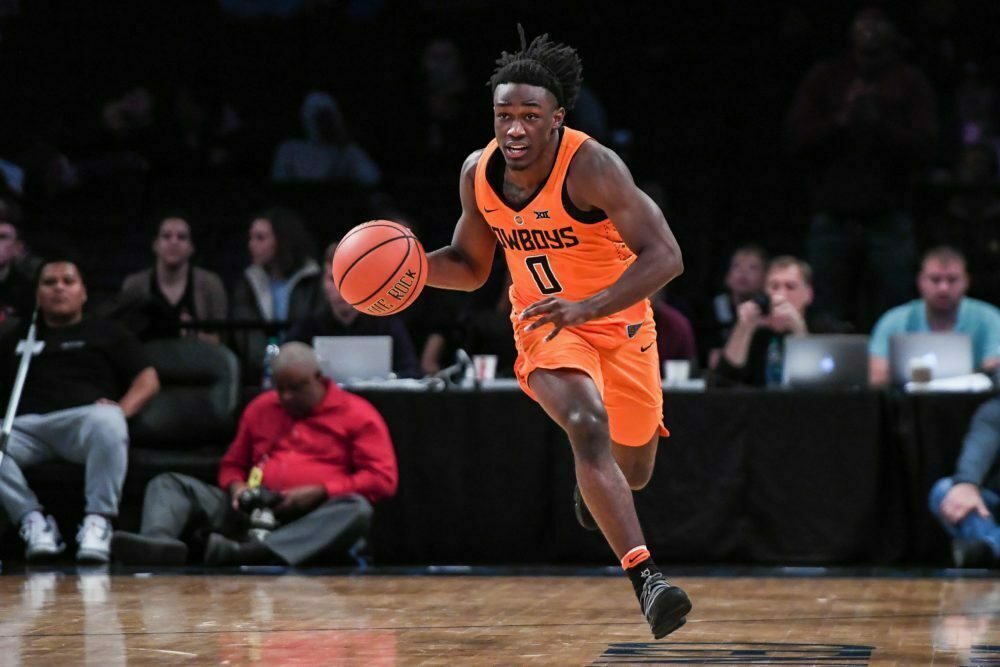 While plenty remains up in the air (players returning from suspension), there are a few things we can take away from the season so far:

Head Coach Mike Boynton has said all along that this team’s identity will be one of defense. They’ve been pretty good so far; they’re 19th in the nation in scoring defense at 59.8 per game.

But where they really shine is on the perimeter.

So far, OSU is holding its opponents to an average of 10.11% below their season average beyond the arch. The only team to meet their average was Houston Baptist. Three of their seven makes came late in the second half with the game well in hand.

Both Texas A&M and Charlotte are in the top-20 in the country and OSU held them both under their season averages. If that can continue through out the season and into Big 12 play, it could be the difference in at least a few big games.

Right now, the Cowboys have the best bench in the Big 12 outside of Kansas. On the downside, the Cowboys bench is better than the starting five.

Obviously, this will all change once Carroll moves into the starting rotation, which could happen at any point now. The move could mean an increase in production for him, but I wouldn’t expect a huge uptick because he’ll spend more minutes against starters than back-ups. More likely, it means whomever’s spot he takes — Tavarius Shine in this case — will likely see a dip in production.

As good as Oklahoma State has been at guarding the 3, they’ve been worse shooting it.

Through six games OSU is shooting 32.5 percent from beyond the arc. As bad as that it, it’s actually worse.

OSU’s top sharp shooter is Thomas Dziagwa who is shooting 55 percent (20-36) from long range. Take his numbers out and OSU is shooting 25.8 percent from 3.

Considering the fact that the Cowboys don’t have a great offensive threat in the paint, and that their averaging just over 26 3-point attempts per game, there’s reason to think OSU might struggle when they reach conference play.