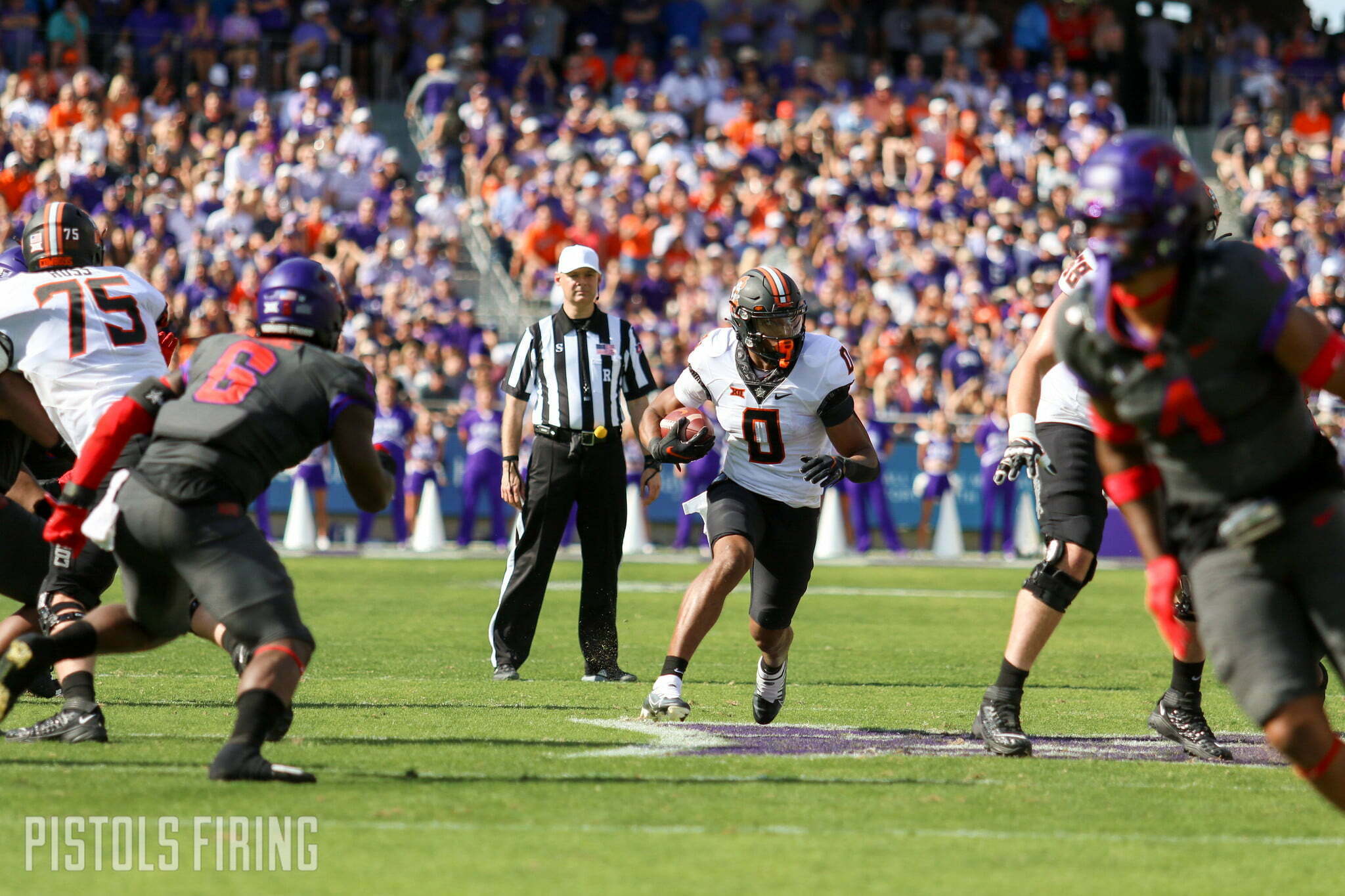 STILLWATER — To Mike Gundy, most of Oklahoma State’s offensive issues in this early part in conference play revolve around the run game.

Cowboy running backs have averaged 3.2 yards per carry in Big 12 play this season after running 26 times for 84 yards in the Cowboys’ double-overtime loss in Fort Worth this weekend.

Six games into the year, Dominic Richardson has 108 carries — more than six times more than the next running back. Gundy said Monday that Ollie Gordon and Jaden Nixon are going to start working in more and that it isn’t a knock on Richardson’s production but a matter of taking hits off him.

“We’re going to start working those guys in,” Gundy said. “Nixon is showing physicality, and he’s playing on kickoff return. And when he was playing in the game, he did just fine. So, as he evolves, he’s earned the right to get more carries. But I want to say that it’s not necessarily that we need to take them from Dom. Dom is running good for us, but I’m concerned about his total carries. And then Ollie gets better every day, but he’s still a freshman. And freshmen, you have to be real careful of them at that particular position.”

Gordon, listed at 6-foot-1, 211-pounds, leads OSU running backs in yards per carry at 5.5, but that number is inflated with his three carries for 65 yards against Arkansas-Pine Bluff. With eight carries in Big 12 play, Gordon has gained 15 yards (1.9 yards per carry). No matter what way you look at it, the sample size is too small to draw sweeping conclusions.

Nixon has shown big-play ability with his 98-yard kickoff return in OSU’s win in Waco, but he has two fewer carries out of the backfield than even Gordon. Nixon is averaging 3.6 yards per carry on the year and 2.1 yards per carry in Big 12 play. Again, sample size.

Here is a breakdown of the running backs’ yards per carry per game with their number of carries in parenthesis.

Keeping fresh legs sounds more like treating the symptoms that getting to the root cause. Gundy has heaped plenty of praise on how hard Richardson has ran in his first season as the Cowboys’ featured back. But the solution to the Cowboys’ running issues are moreso a matter of being better in run blocking.

“Dom got us yards at times we didn’t have yards,” Gundy said. “We need to front guys up better. We need to move our feet and cover guys up and he needs to continue to run the way he runs, and then we need to get those other guys in some as they mature.”