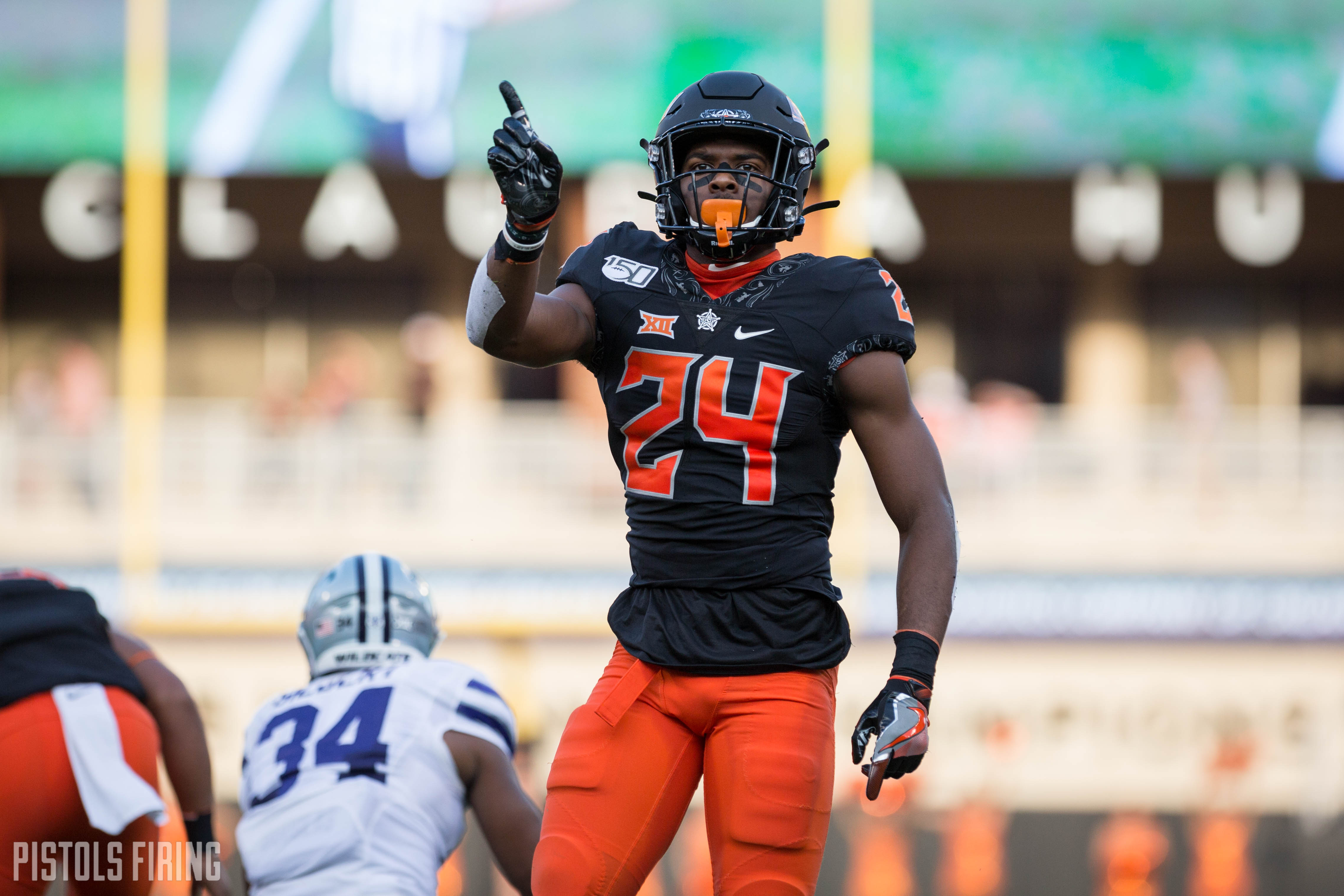 This Cowboy team might not be unbeaten anymore, but it showed Saturday that it’s still plenty fun to watch.

I wrote a few hundred words Saturday night on just how historic Chuba Hubbard’s 296-yard performance was for the modern era, but waking up and seeing that Hubbard has a 284-yard lead on the rest of college football makes it all the more impressive.

It wasn’t that Hubbard was worked into the ground against K-State, either. The Wildcats entered ranked ninth in the country in total defense, and Hubbard averaged 11.8 yards a carry on his 25 attempts on them.

After Oregon State we all thought, ‘Well that was awesome, but Oregon State’s defense isn’t good.’ After Tulsa we thought, ‘Again, awesome, but it’s a group of five opponent.’ Then came Texas with a, ‘See, it’s going to be tough for him to keep this pace.’ But after what he did to Kansas State on Saturday, it looks like he might just be able to have one of the best rushing seasons in college football history.

Jim Knowles’ group has been outstanding since the second half of the Tulsa game.

Since halftime in T-town, OSU’s defense has allowed only 9.8 points a half, and four of those five halves have come against Big 12 teams.

The only touchdown OSU allowed Saturday night was when K-State started inside OSU territory. There was a lot of heat coming Knowles’ way after the Oregon State game and the second quarter of the Tulsa game, but you have to give it to this group, it’s been a lot better.

For a ragtag group, the Cowboys’ front five held up well.

Marcus Keyes was the only lineman starting in the same spot as last weekend, as Bryce Bray moved to left tackle, Johnny Wilson moved to right guard, Ry Schneider came in at center and Hunter Anthony picked up his first career start at right tackle. Even after all that reshuffling, OSU still ran for 373 yards.

Pass protection was a little more spotty at times, but that is expected when two players who haven’t started at tackle all season are all of a sudden playing tackle.

Injuries stink, but it was cool to see that the Cowboys’ O-line could adjust as well as it did.

It was another meh night overall from Sanders, but a night where he again showed how good he can be.

Sean Gleeson and Co. put Sanders on the move more than usual Saturday to try to compensate for the offensive line shuffle. It brought mixed results, as sometimes Sanders did stuff like this:

And then there were times like his first interception where he threw a duck across his body into three defenders.

I won’t throw too much blame on the second pick. Dillon Stoner was one-on-one with his guy, and Sanders gave him a chance, just didn’t work out.

Just about every mistake Sanders has made this season have come from him being over confident, which I think you take as opposed to him lacking confidence. He’ll rein himself in sometime and find his limits.

The Cowboys got in the red zone five times where they scored one touchdown and kicked four field goals.

It was good enough Saturday, but if the OSU defense didn’t have the game it did, and if OSU would’ve lost back-to-back games because of red-zone inefficiency, well yikes.

Matt Ammendola has been a rockstar this year, though. He’s 10-for-10 on field-goal attempts, so at least there is that.