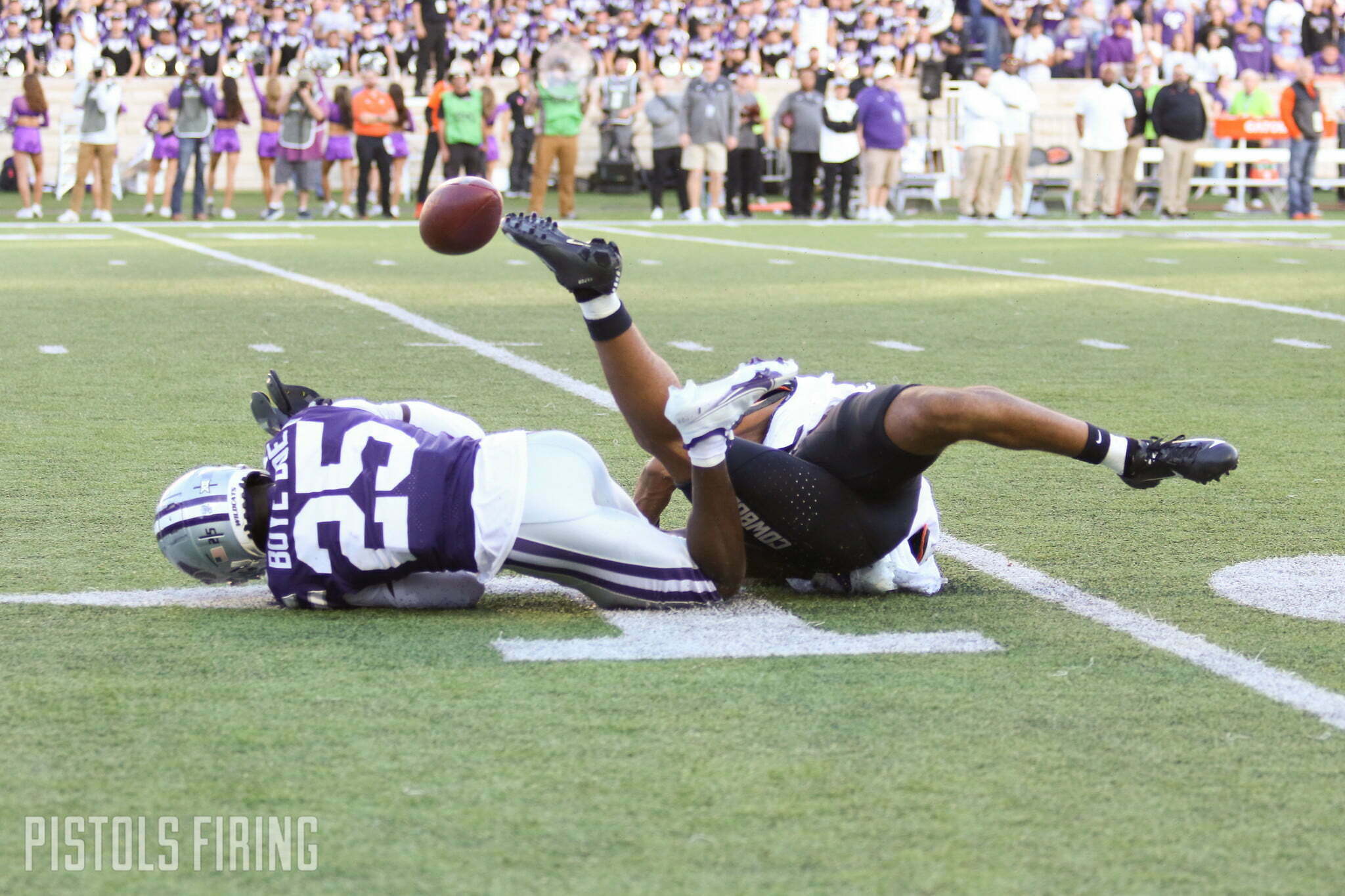 I like to think I am a pretty fair teacher. I grade with empathy and on a curve. When it’s close, I almost always round up. I’m a sucker for a pupil with a good attitude who has fun and is willing to learn. Sue me!

Which means this week in particular the report card for OSU is ugly, ugly, ugly.

Let’s get right to it after the 48-0 beatdown it suffered Saturday to Kansas State.

Mike Gundy said postgame Saturday that he tweaked some things in practice in the lead-up to the Kansas State game — though he declined to get into specifics — but clearly whatever was tweaked, uh, did not work. Like, at all.

Whatever he and his staff did, or did not do, on Saturday wasn’t effective, either.

“We got our butt kicked today, got out coached, and they made more plays than us,” said Gundy. . . “What we need to do is come up with a plan for things we did wrong coaching-wise and in concept-wise and and player-wise. That will be more of a boost for us than anything.”

Gundy is always willing to admit when he’s outflanked in the Xs and Os — and credit to him for doing that Saturday — but it feels OSU has at least one annual stinker like this that’s just totally inexplicable.

OSU does not need to go making any wholesale changes after this, I don’t think. Kasey Dunn’s job should be safe. Same for Derek Mason. And of course Gundy should be safe. But the staff should be shaking things up and looking inward to dig deep and fix whatever happened Saturday. There were so many breakdowns on defense and duds on offense that it’ll take a lot of work to try and repair.

Any game in which your backup quarterback who is billed as a pro-style prospect and not a dual-threat option winds up leading your team in rushing, regardless of the game plan, is a game in which your rushing game completely failed.

That’s what happened here. Gunnar Gundy somehow led the team with 27 (!) rushing yards on the day thanks to a long 22-yard scamper late in the game. Deondre Jackson was second with 20 yards. Jaden Nixon was third with 11 yards. Ollie Gordon was fourth with five yards rushing.

Not having starting running back Dominic Richardson no doubt hurts, as does some dings across the offensive line, but rushing for 1.8 yards per carry and failing to find even a sliver of success in that facet of the game is a disaster after it was in recent weeks a clear priority to focus on improving.

The stardom of Spencer Sanders to start the season seemingly masked a lot of this team’s deficiencies. So when Sanders has a pedestrian game, as he did Saturday, those deficiencies came to the fore.

Sanders no doubt has to be better — he was 13 of 26 passing with an INT — but not being at 100% I am happy to grade a bit on a curve. This loss was absolutely not on him, not even close. He’s had better days, but he’s also had worse days. The way he has improved as a decision-maker the last few years makes the bad games less bad, and that seems to be the category under which his performance falls from the weekend.

Spencer Sanders’ no-good day wasn’t even entirely his fault. One throw hit Stephon Johnson Jr. right hit in the hands for what would’ve been a chunk play. One throw hit John Paul Richardson in the hands and he uncharacteristically dropped it. One throw to Brennan Presley was caught, only for Presley to make a great play then fumble it away. There were some decent catches so it wasn’t all bad here, but it was by and large mostly bad. (Even accounting for Bryson Green’s incredible snag.)

This defensive line and edge team for OSU was supposed to be the strength of the unit — and maybe it still is — but it was a virtual no-show Saturday. Against a backup quarterback, the defense generated a total of zero sacks, one tackle for loss and four QB hurries the entire game. No forced fumbles. No picks. No real pressure that made Will Howard feel out of his element.