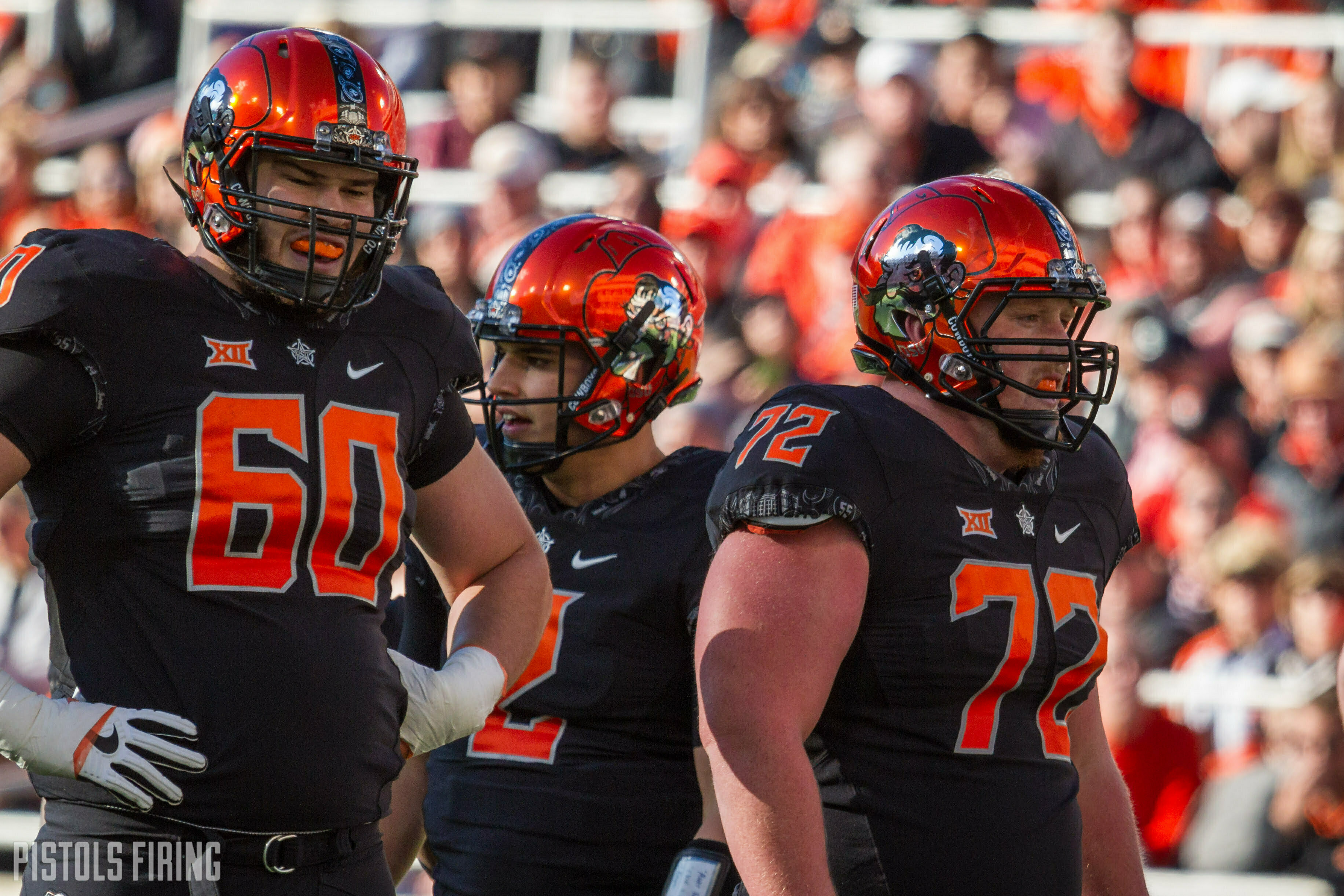 Oklahoma State wore an updated version, and in my opinion an upgraded version, of Orange – Black – Black against Kansas State. It was the first time since 2014 that the Pokes wore O/B/B. The Cowboys now have a record of 1-2 in this uniform combo after the loss to the Wildcats on Saturday. 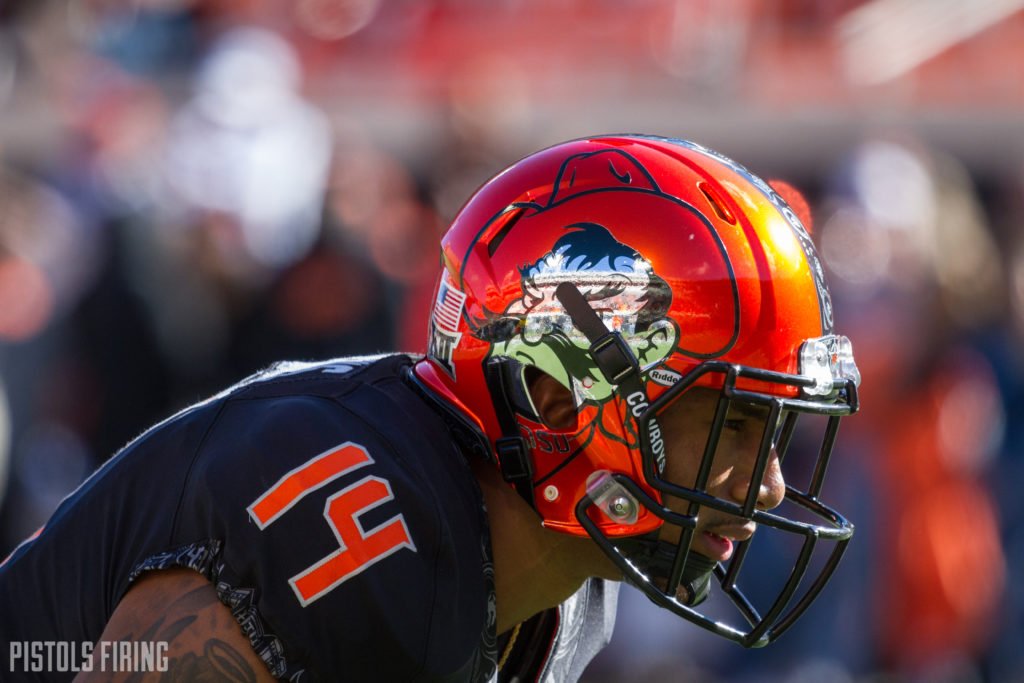 The orange chrome helmet is good for about two games per year before it starts to seem overused. It got the bandana stripe treatment with a black facemask, which is simply one way to revitalize a helmet that has been run into the ground. I don’t know that I would always choose this helmet over the original orange chrome helmet, but I did like the way it worked with the rest of the uniform combination. 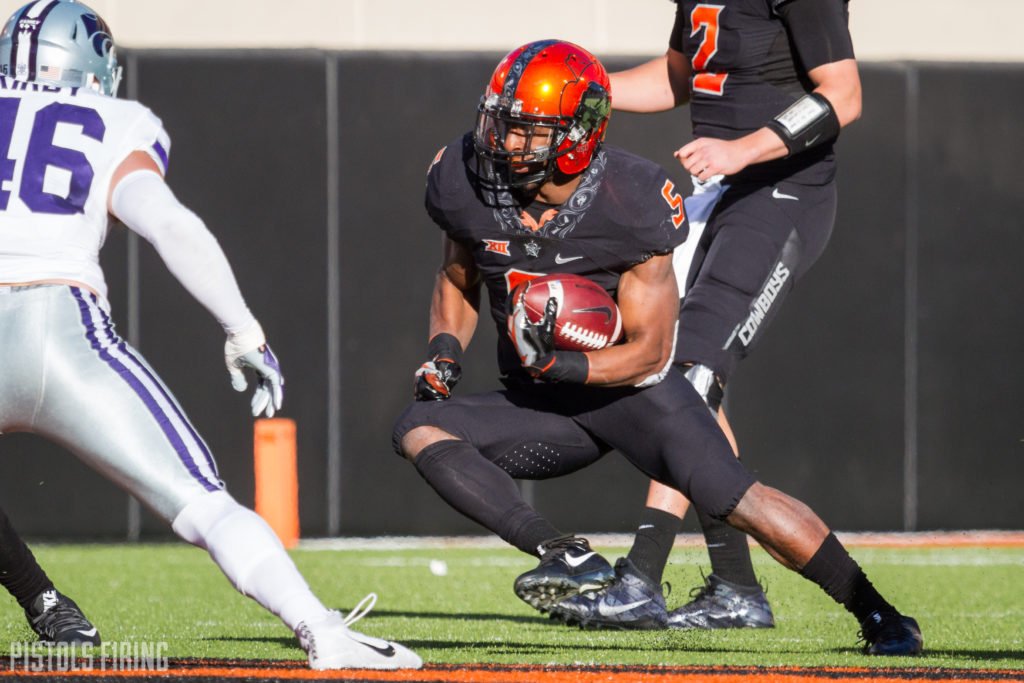 Orange – Black – Black is probably the best possible home combination with the orange chrome helmet. I think it looks better than O/B/O, even though there seemed to be a lack of orange in the combination as a whole. The pants stripes really balanced things out in the old templates.

It truly has been a Season or Orange since the Cowboys have surprisingly lost both home games in which they wore black jerseys. We’ll see if the Pokes try to get a W in black against the Jayhawks next week.