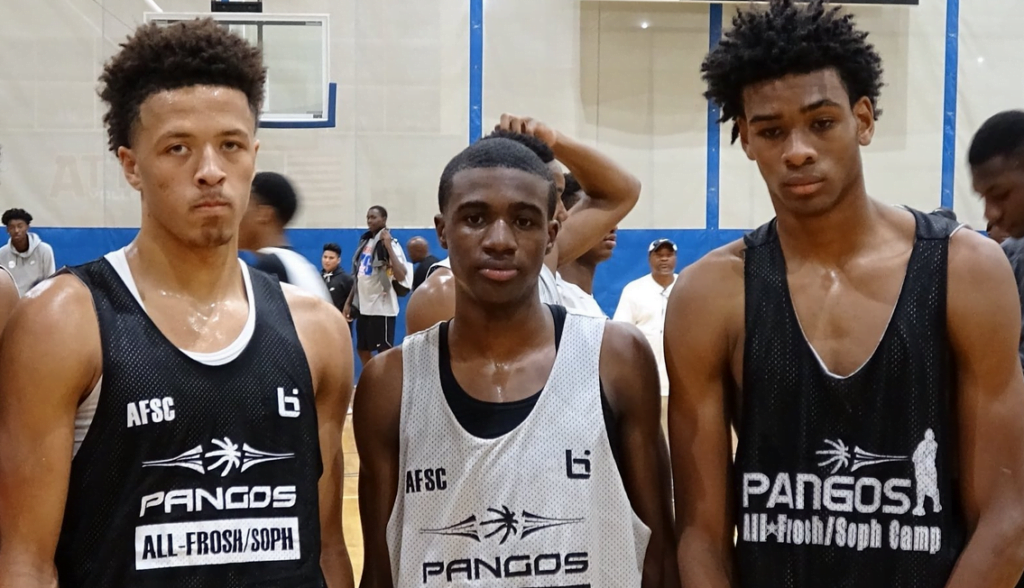 Greg Brown, the No. 9-ranked prospect in the 2020 class, will not join his former teammate and fellow five-star Cade Cunningham at Oklahoma State.

On Friday, Brown revealed that he would be donning the other, well-done, shade of orange when he announced his commitment to Texas on Instagram.

The Longhorns have yet to sign any 2020 prospects but return the majority of a team that went 9-9 in Big 12 play and tied for third in the league.

Brown was on the same Nike EYBL team with Cade and fellow 2020 Cowboy signees Rondel Walker and Montreal Pena. That connection — and Brown’s father hinting at his preference for the Cowboys recently — led to plenty of 😵s and  👀s across OSU Twitter.

Of course OSU’s isn’t the only fan base that will be disappointed. Brown had an offer sheet that included 17 schools and was apparently down to a final group that also included Kentucky, Michigan, Memphis, Auburn and even the possibility of going the G-League route.

What this means for OSU

While the thought that OSU could pull off the Greg Brown-to-Stillwater coup was plenty tantalizing, the Cowboys are still sitting pretty.

Oklahoma State currently has all of its scholarships accounted for — though that’s not going to stop Mike Boynton from shaking all the five-star trees he can — and has the No. 10 recruiting class in the country headlined by the best player in the country.

If nothing else, this will make for a pair of must-see games between the Cowboys and Longhorns whenever it is that we get college basketball back.