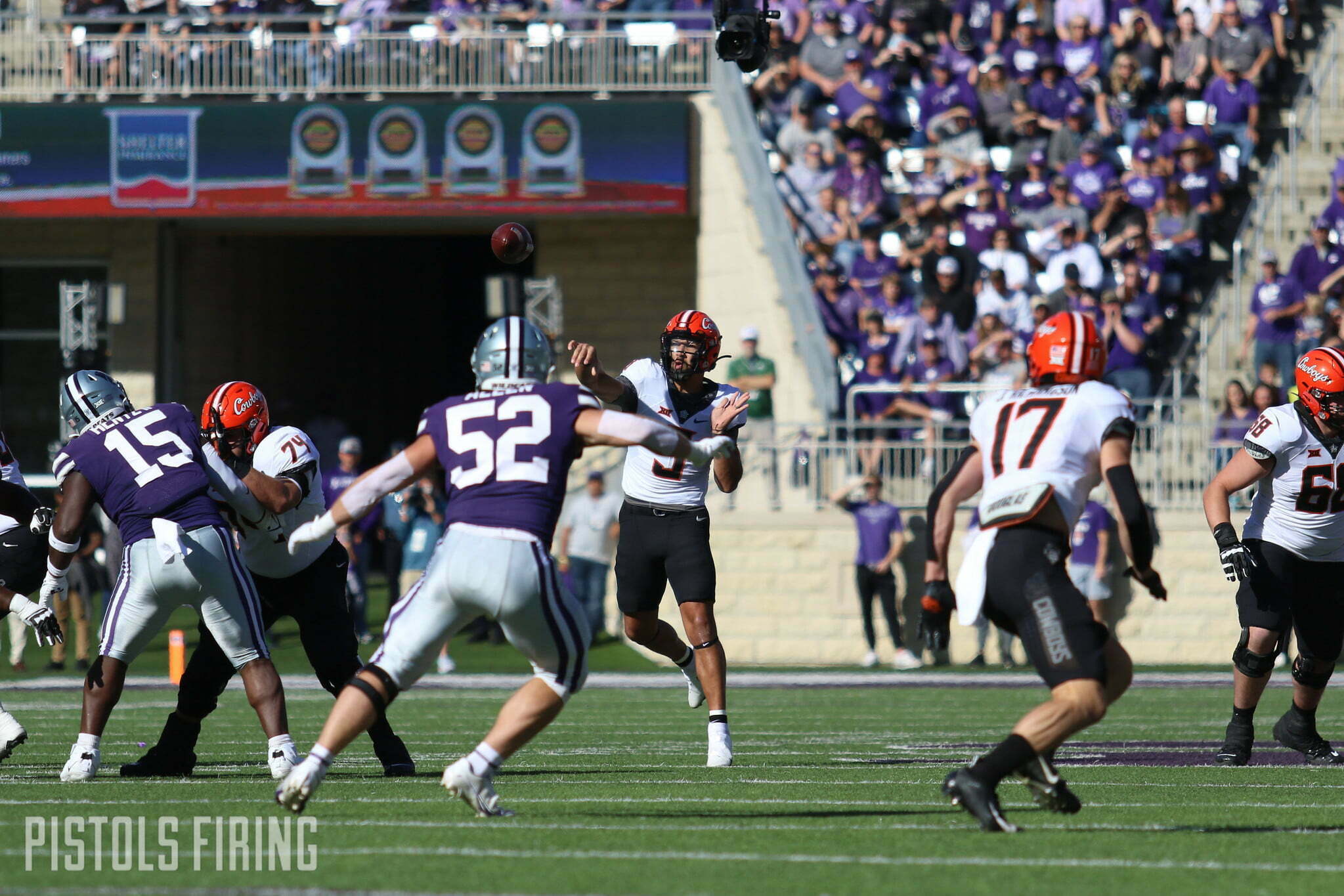 With Spencer Sanders nursing a shoulder injury picked up on Saturday in addition to other various maladies picked up throughout the grueling season, Mike Gundy on Monday said he plans to give QB1 some R&R in the lead-up to the Kansas game.

“I hope he’s doing good,” said Gundy. “We’re gonna rest him some this week and try to get him back, get him going, just like we’ve been doing.”

Sanders left the Kansas State game with a shoulder injury late in the game and did not return. He was replaced by Gunnar Gundy, Mike Gundy’s son who is No. 2 on the QB depth chart. Gundy finished as the leading rusher.

It seems pretty likely the offense will change significantly if Sanders can’t go — no one in the Big 12 is a more versatile weapon at QB than him with his legs — but the elder Gundy said the plan won’t change much if the younger Gundy has to step up in Sanders’ stead.

“Hopefully Spencer (Sanders) will play, because obviously that’s a different level,” added Gundy. “But if [not], then we go through the path that maybe you’re talking about and we figure it out, we go play and see where it goes.”