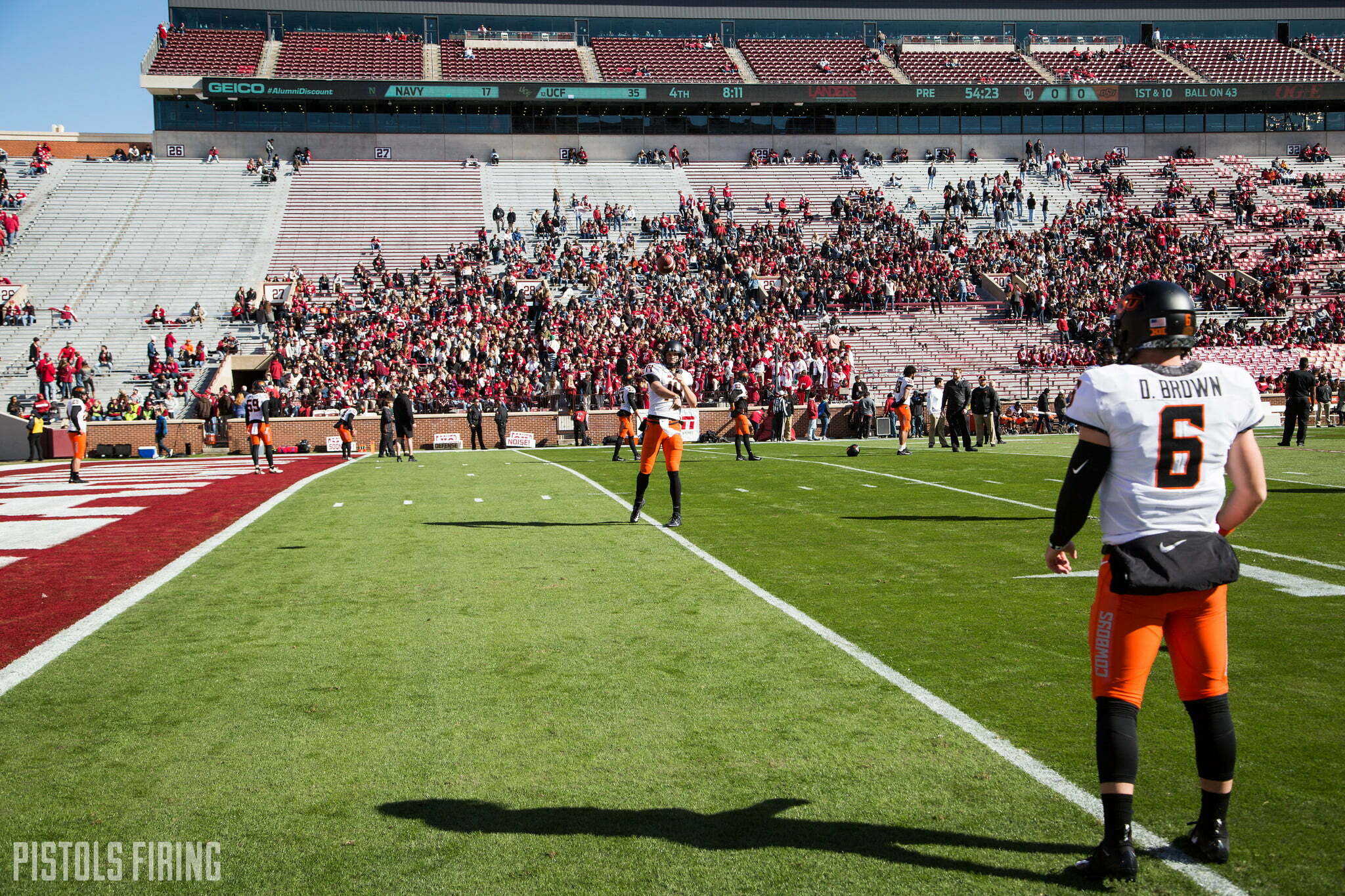 Mike Gundy was recently asked about his springtime QB derby, and he gave the answer — if you’ve been following along for any extended period of time — you would expect Mike Gundy to give.

What are you looking for in the QB battle between Dru Brown and Spencer Sanders, Mike?

“I want them to execute our offense without turning the ball over,” said Gundy. “I think we have plenty of guys that can make plays. You have 2 out there, you have 17 out there, you have 1, you got 30, 27 and 28. The backs we have, Jelani. We have enough guys to make plays so we need them to function in our system and distribute the ball in the right way without turning it over. That gives us the best chance for success.”

Look I get it. Gundy got burned one too many times by Wes Lunt back in 2012 to go to the talent well over the conservatism well again, and that’s a fine way to coach. It’s certainly working for him.

But leagues aren’t won by teams with inferior talent when you’re also fine with playing inferior talent at the one difference-making position. Said another way: You don’t beat OU by trying to be more conservative than OU.

Now we’re talking about two things here. The first — which I’m discussing — is a philosophical team debate. The second — which Gundy has actually improved on! — is an Xs and Os tactical debate within specific games.

When Gundy waxes philosophic, though, I always go back to what your goals are. It seems like — based on Gundy’s actions and words over the past decade — that he’s more intent on winning 9-10 games a year (a fine goal, by the way!) than in gunning for a league crown every once in a while. Maybe this is a ridiculous leap to make based on one sound byte in late March, but it sort of reinforces my working theory.

And who knows, maybe the QB who is the most conservative and makes the fewest mistakes doubles as the one with the most talent. Maybe those two things are necessarily conjoined. We’ll likely never know.

I’m not even necessarily against the idea of playing the QB that makes fewer mistakes as long as the one that doesn’t is fairly close when it comes to talent gap — which in this case, Spencer and Brown likely are (in 2018, though, ?‍♂️).

My issue, if I even have one here, is that this seemingly gets at the broader reality that the older and more ingrained he gets, the more generally conservative Gundy seems to become. I don’t think that’s the path to winning titles. Even if those 9- and 10-win seasons are awfully nice.