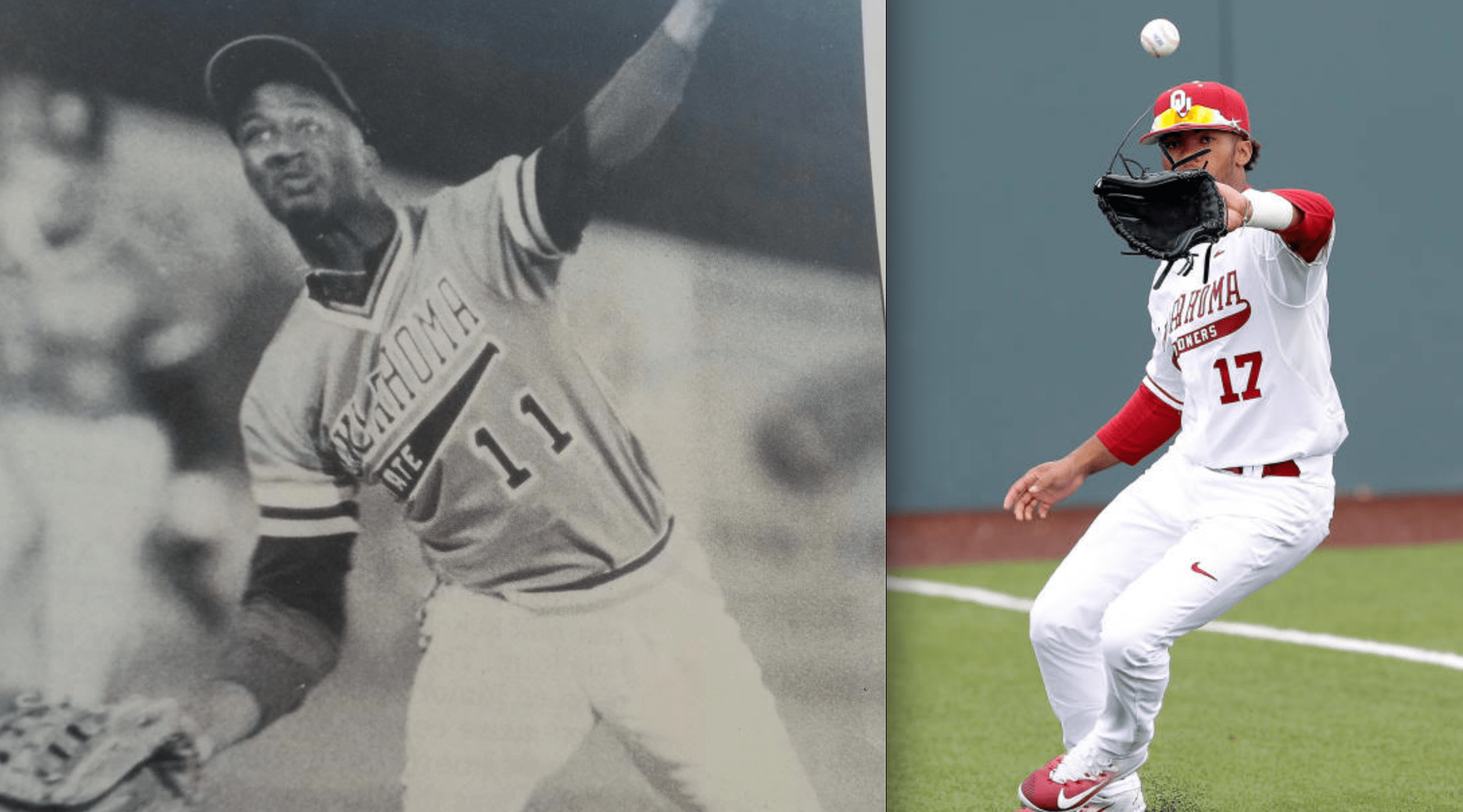 Long before Kyler Murray had to decide between making millions to haunt the Toledos and Louisvilles of the world and making millions between phone breaks for Mr. Sonders in Arizona, Hart Lee Dykes had to do the same. Well, not exactly the same, but he did have some choices between professional sports.

Hart Lee Dykes, a first-round draft choice of the National Football League’s New England Patriots, has agreed to terms for a 1990 minor-league contract with the Chicago White Sox, it was announced yesterday.

Dykes, a left-handed pitcher, has been working out in Sarasota with Chicago’s rookie team. He was picked by Chicago as the 54th selection in the June 1988 amateur draft. The 6-foot-4-inch, 220-pound Dykes, who played at Oklahoma State, was the first wide receiver taken in April’s N.F.L. draft and was the 16th player selected over all. [NYT]

What’s unclear from the NYT is that Dykes was actually Chicago’s 54th selection, not the 54th selection overall. He was the 1,300th selection overall, and two other NFL players — Rodney Peete and Todd Marinovich — went ahead of him in the 1988 baseball draft (Kyler got drafted in the top 10 of the MLB Draft last year). It seems as if Dykes (and his agent) held onto the baseball thing as leverage for the 1989 NFL Draft, where he was the 16th overall pick.

Here’s The Oklahoman from August 1989.

Hart Lee Dykes hadn’t thrown a baseball for more than two years, but the Chicago White Sox liked what they saw after five days. Dykes, the former Oklahoma State All-America football player, signed a contract last week and is scheduled to report to the White Sox spring training camp in 1990. He still hasn’t signed with the New England Patriots, who made him their No. 1 choice in the National Football League draft.

Dykes’ attorney, Rick Mostak, said the baseball contract “is not being used as leverage against football and never will be. Hart Lee just happens to also like baseball. He might do both for a while.” [NewsOK]

Another Bo Jackson? Well, the White Sox director of scouting and player development, Al Goldis, can only dream. But he did watch Dykes throw a couple of weeks ago at the team’s rookie league camp in Sarasota, Fla., and was impressed.

“He showed a nice young arm,” Goldis said. “We liked his fastball and his aggressiveness. He’s the type of player who has enough talent to have a chance.”

Dykes played baseball only one year in 1987, after his junior football season and that was short-lived. He compiled a record of 2-0 in seven appearances, including six starts, with a 5.43 earned run average. In 23 2/3 innings, he struck out 29 and walked 34. He was drafted after that season by Goldis, who was with the California Angels.

“I would not be surprised if he went baseball,” Goldis said. [NewsOK]

As it turns out, the Oklahoma State superstar was seemingly grasping at any kind of leverage he could find because he ended up signing with New England. Here’s the Oklahoman from two weeks (!) after that original article above.

Dykes, the Patriots’ top draft pick out of Oklahoma State and the 16th player selected in this year’s NFL draft, agreed late Saturday to a four-year contract. Terms were not announced by the team, but it is reportedly worth $2.25 million.

He was also drafted as a pitcher in the 29th round of the 1988 baseball draft by the Chicago White Sox, and signed a contract, after a July tryout, to pitch in their minor league system next year. But it appears doubtful Dykes will follow through with his plans to compete in two professional sports.

“The contract I have is to play football with the Patriots,” he said. “I’m going to give all my concentration to that.” [NewsOK]

So in that sense he is very much not like Kyler Murray. The Heisman winner was/is going to get paid no matter which sports he chose to play (although he’s not going to get paid twice!), and Dykes was only going to make his cash playing football.

Can confirm Kyler Murray’s contract with #Athletics includes a provision whereby he’d forgo/repay a very large portion of his signing bonus if he opts to play in the NFL. @MLB @MLBNetwork

But the similarities — Texas high school legend, two-sport star and no shortage of confidence from either one — are striking. Here’s one last note on Dykes, who is definitely the Todd Monken of player quotes from the mid-1980s.

Sports Illustrated’s Douglas S. Looney, writing about Dykes in 1988, described him as “bedecked in gold chains with a 24-karat smile to match” and quoted him as saying, “I don’t know how good I am, but every week I do something I didn’t know I’d be able to do. ” The Patriots definitely were dazzled, picking Dykes in the first round (16th overall) of the 1989 draft. But his NFL career lasted only two seasons – 26 games – because of injuries. [AP]

So what does all of this mean? Probably absolutely nothing. It’s a thread I found somewhere while exploring the internet and wanted to pull it to see what I found (this is sports blogging in one sentence). My recollection told me that Dykes got drafted higher than he did in baseball, but it was a fun jaunt down memory lane nonetheless as we head closer and closer to the 2019 NFL Draft.