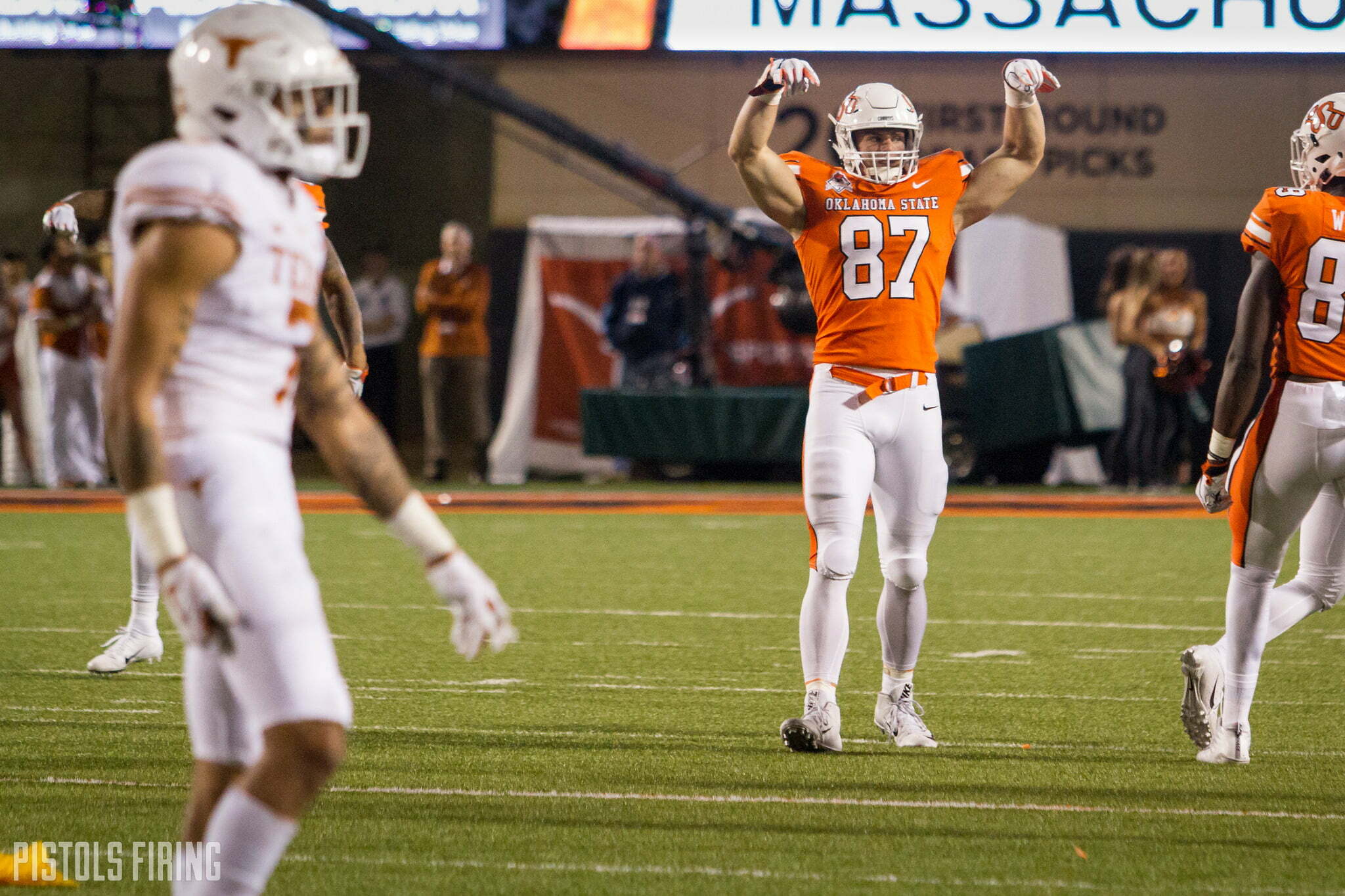 In the middle, though, there has been a ton of parity. Through that parity, Oklahoma State has found itself on the higher side of the conference standings more often than not. Since 2012, OSU’ Big 12 finish is 4.29 on average, which is the second highest in the conference behind OU.

Although the Cowboys have been second-best since 2012, there is no questioning Texas has been the second-best Big 12 football program historically. The Longhorns have struggled in recent years, finishing as low as seventh in 2015 and 2016, before their second-place Big 12 finish this season, Texas’ highest since 2012.

Texas has finished the regular season atop the conference on seven occasions, the second-most trailing OU. And it looks like the Longhorns are on an upswing under Tom Herman. To go along with the runner-up finish this season, Texas had the No. 3 recruiting class in the country last season and has the sixth-rated class right now for 2019.

Before finishing ninth in the conference this season, OSU’s average finish was 3.5. The ninth-place finish is the lowest OSU has had in this iteration of the Big 12. The Cowboys finished seventh in 2014, and apart from that the lowest the Cowboys have finished was fourth in 2012.

It’s odd to say Texas is on its way to passing OSU as the conference’s second-best team in a year where OSU beat Texas head-to-head, but that’s the case when the Longhorns finish seven spots ahead of OSU.