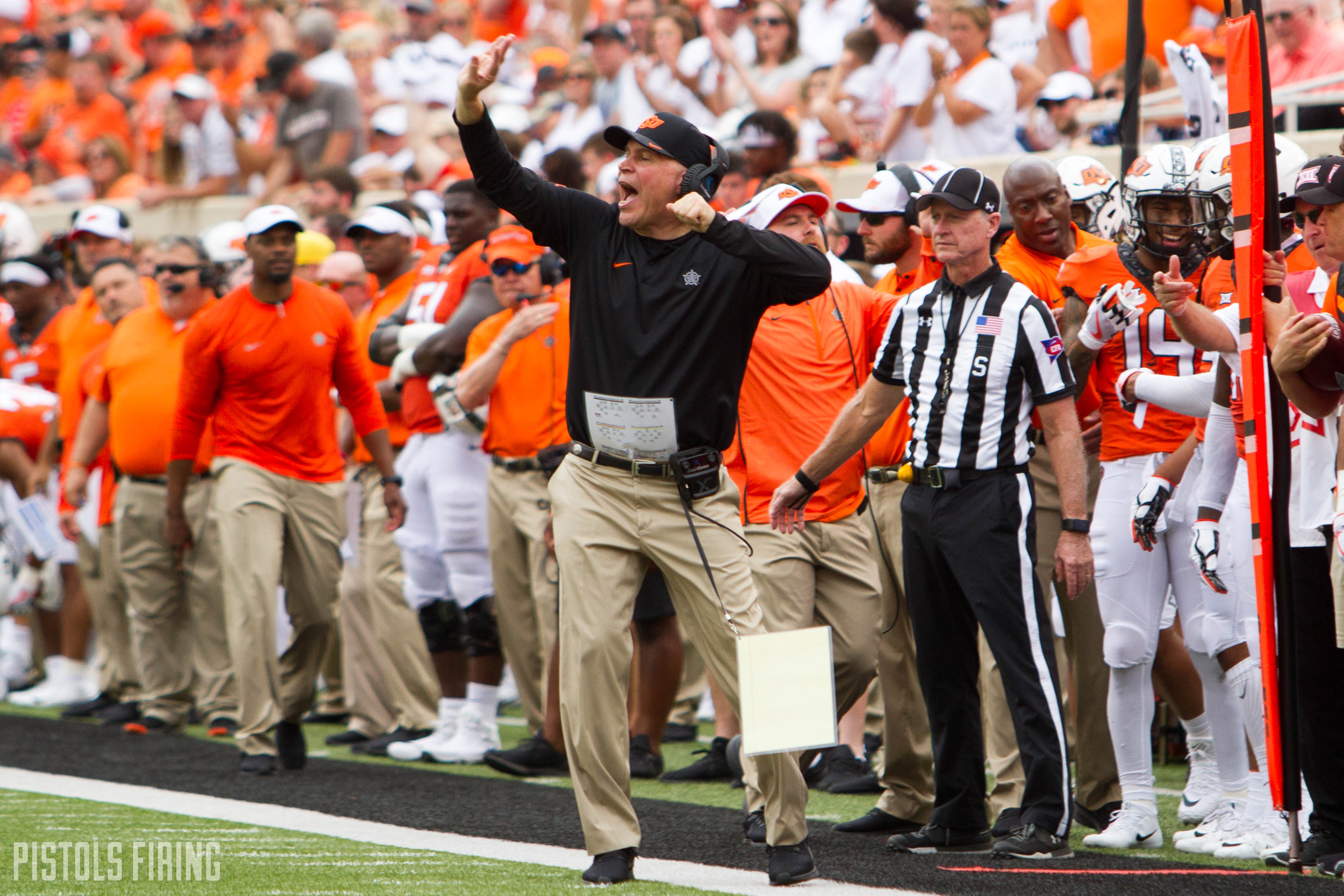 STILLWATER — It’s fair to say the Oklahoma State coaching staff was in a chipper mood on Saturday evening.

And rightfully so. The Cowboys took down No. 17 Boise State in dominant fashion, despite being an underdog on their home field by kickoff.

Here’s what the coaches had to say after the game.

Gundy pocketed his smoothie + vodka jokes this time around, and replaced them with jokes about Cornelius’ receding hairline and his Denny’s discount. Catch that in the vid below.

Really good defensive effort. Seven sacks, one yard per rush and other than the first score we gave up, (A.J. Green) was in really good coverage one time and got lazy—didn’t think there was a chance their guy could make a play and he made a great one-handed catch.

So we gave up a score there, but other than that we were really good. We were able to rush. Like I said on Monday we need to be 4.5 yards a carry running the football in order to be successful and we were 4.7, so we were able to rush the ball a little bit, throw it around, and getting ready to get on to the next one.

Knowles dug Oklahoma State’s ability to get to the QB.

“Seven sacks is a bold picture, it’s a big dream. I knew we’d have some tools in our chest to play aggressive and create havoc.”

Cornelius played a complete game — both with his arm and his legs — and Yurcich noted that was a big reason why he was successful.

“The biggest thing today was that he was just gutsy. Taking care of the football, went down the field when necessary. There is always going to be something to improve upon, but we’ll continue to coach him hard.”