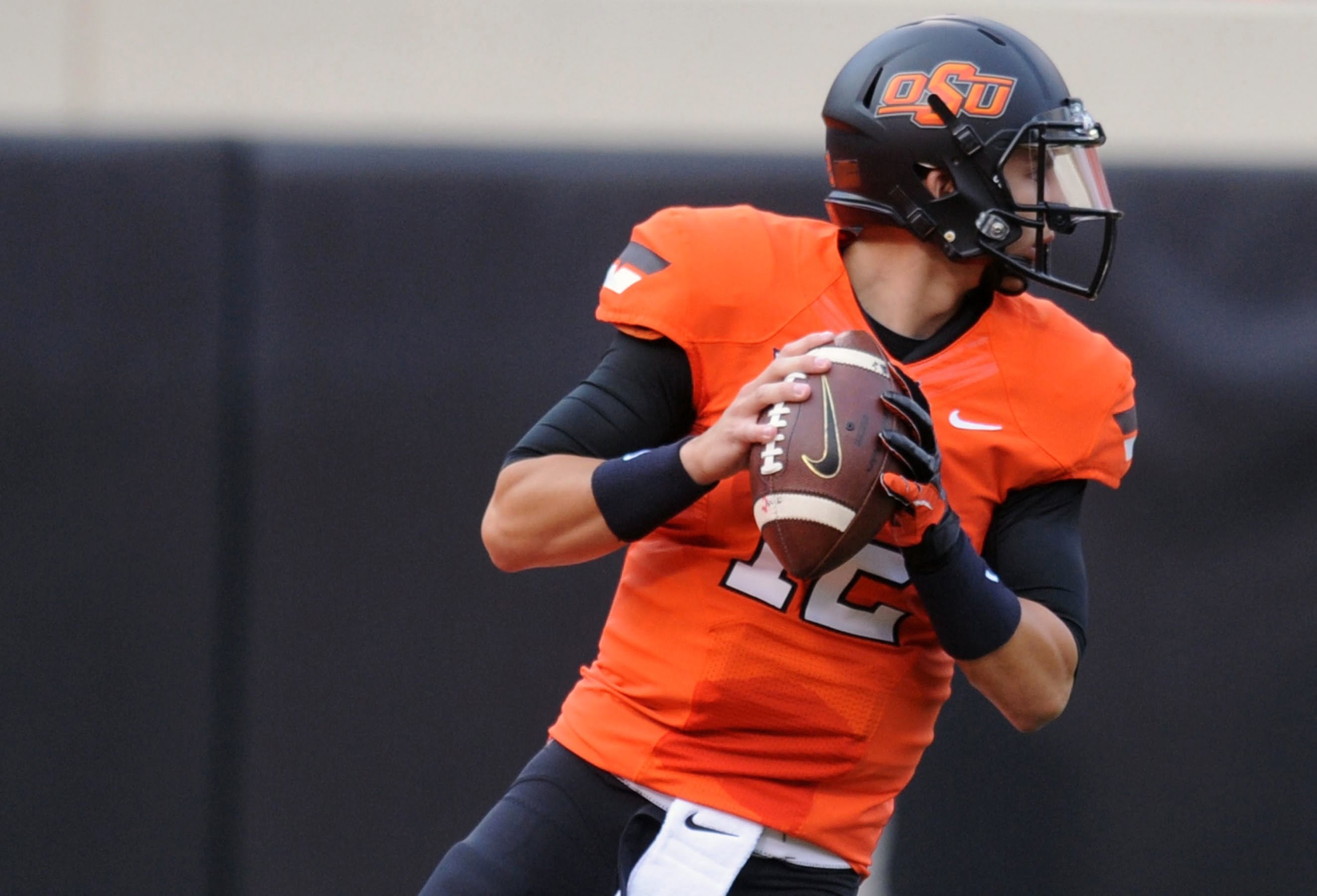 Daxx Garman is probably about to go deep (USATSI)

Did you see what Kliff Kingsbury said after the OSU-Tech game last week about what Tech’s plan was on defense?

“I just thought that we were trying to take away the run so we left the corners out there one-on-one, and they took advantage of it. They took a bunch of shots, kept making plays, the QB put some good balls up there and they did what they had to do.”

Wait, why would Kingsbury’s newly-minted defensive coordinator dare somebody who throws passes like this to keep taking shots?

Well partly because Daxx was an unproven commodity. Missouri State was…whatever, and UTSA wasn’t much better. Gundy could probably roll me out there to throw it 45 yards downfield and something good would happen.[1. Probably not but you get the point.]

That’s important because it will allow Gundy to do what Gundy has always wanted to do on offense: run the ball.

“Last week we didn’t really have an opportunity to run the ball with the way they played defense. Tech’s perspective was to stop the run with safeties, which didn’t really give us numbers throughout the evening.”

Iowa State’s coaches will watch the film and say “well this ain’t JW we’re dealing with anymore” and Daxx’s ability to throw deep to the likes of No. 3 and No. 81 and sweet mother of all that’s holy No. 24 will finally start to open up the run game. 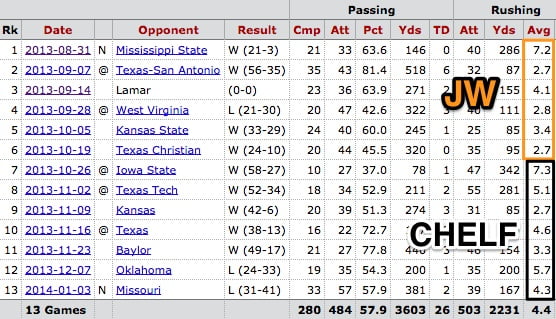 Of the seven games Chelf played OSU was over that 5.0 YPC mark Gundy wants to be at three times and close two others. Of the six JW played? Only once did OSU hit the 5.0 mark (when No. 4 rushed for 125 in the opener).

With a now-proven commodity at QB Daxx will constitute more of the former than the latter.