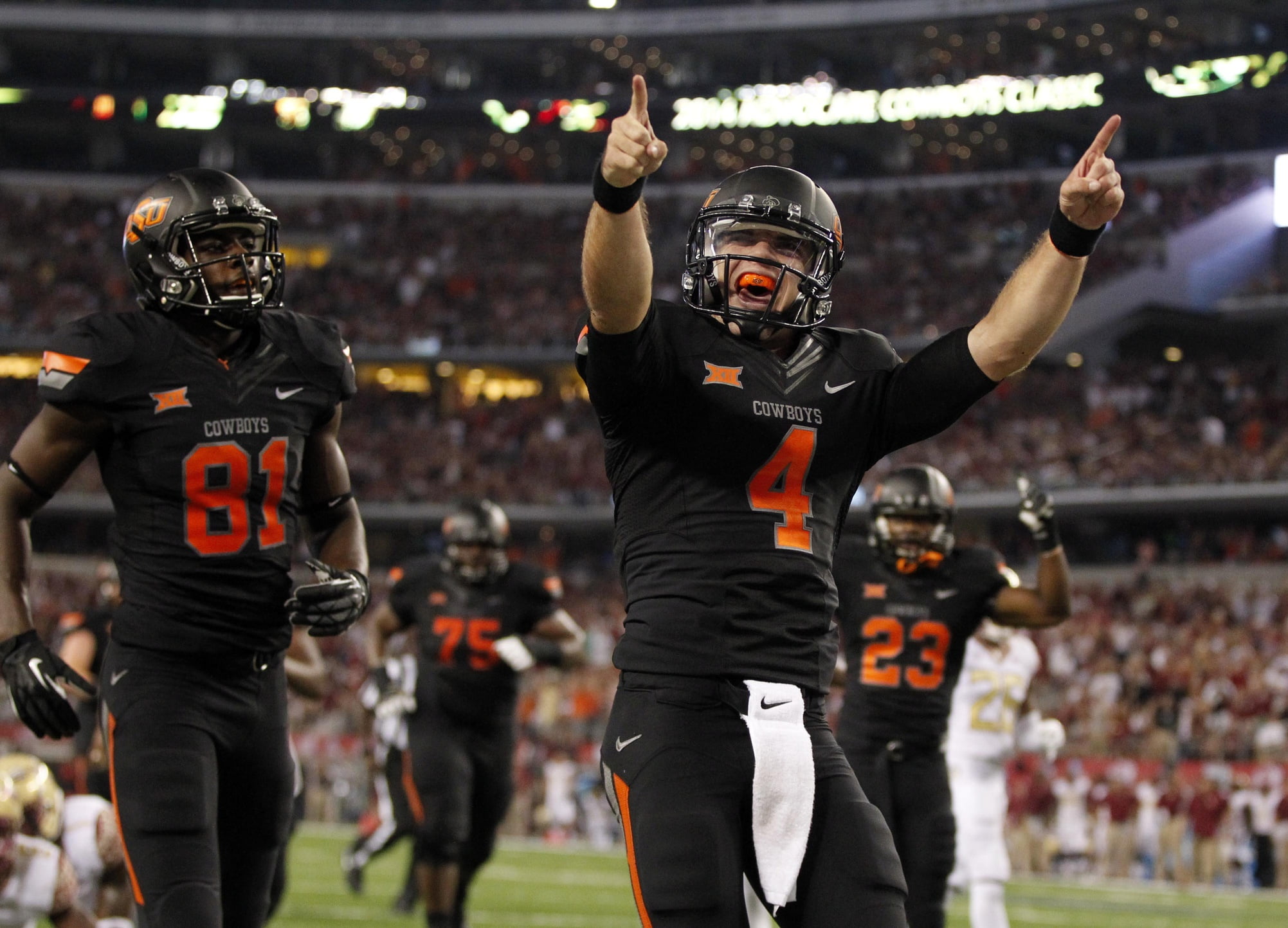 I’ve grown to like JW Walsh quite a bit.

He’s a bad-armed QB and always will be but I like him in the same way people like their families — they’re not going anywhere so you might as well ignore the bad and embrace the good, otherwise it will be a miserable experience all the way around.

Plus he empties the tank every Saturday, seems to give a crap about OSU football, and if his teammates loved him anymore they’d all have to change their relationship status on Facebook.

So why was I glad when it was announced on Wednesday that he’d (probably) had season-ending surgery on his foot?[1. Do not take this literally, I’m never really glad when anyone gets injured, much less for an entire season. I am not actually glad that JW Walsh is injured — it sucks for him, for his family, for everyone. But the football fan side of me is relieved…I’ll explain why now..]

I’ll let Clint Chelf explain. From the Oklahoman on Wednesday:

“It’s a hard position to play as it is, and then when you don’t know if you’re the guy and you might be the guy, there are just a lot of thoughts going through your head and it makes it a lot harder to play.”

The worst-case scenario for OSU was Daxx getting the start on Saturday and throwing four TDs while JW watched glumly from the sidelines. Then JW coming back next week and declaring himself 100 percent healthy.

That would be 2012 all over again — you know, the season OSU went 8-5 because it couldn’t figure out who the heck to put under center.

Obviously the preference would be that Walsh never injured to begin with but now that he is it’s probably best that it’s long-term and you can discuss a medical redshirt instead of a quarterbacking controversy.

“That’s why a lot of teams only have one quarterback, because you’ve got to know that you’re the guy, know that you can go out there and let loose, and just play your game…It will be interesting to see how it unfolds with J.W.’s injury and how Daxx played. It’s a tough situation for everybody and it’s not fun.”

Well now we know how it’s going to unfold. Daxx is going to start and, unless he totally sucks, play the rest of the season.

And even if he’s not, even if he throws five picks against UTSA, you don’t have the loyalty of four years worth of buildup with him like you do with JW.

Pulling the emergency parachute to the freshman is a lot easier when Daxx sucks than it is when JW sucks.

Plus I think we can all agree that either Daxx or Rudolph after 5-6 games would be better for this offense than JW is right now. I don’t know which one it will be but I’m pretty confident one of them would (will) be.

If Walsh wasn’t out for this long I doubt Gundy would have the stones to test Daxx in a big boy game. Now his hand is forced. He has to play Daxx (or Rudolph).

And as we’ve seen in the past with Gundy and his QBs, when his hand is forced that’s usually a good thing.