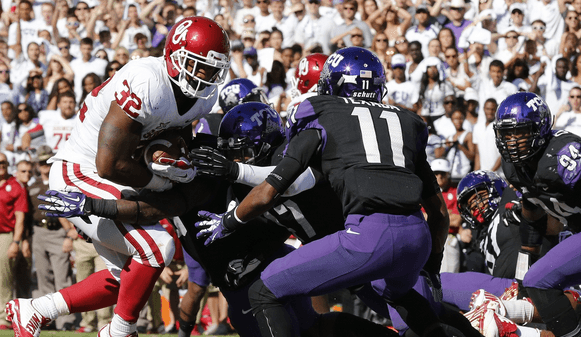 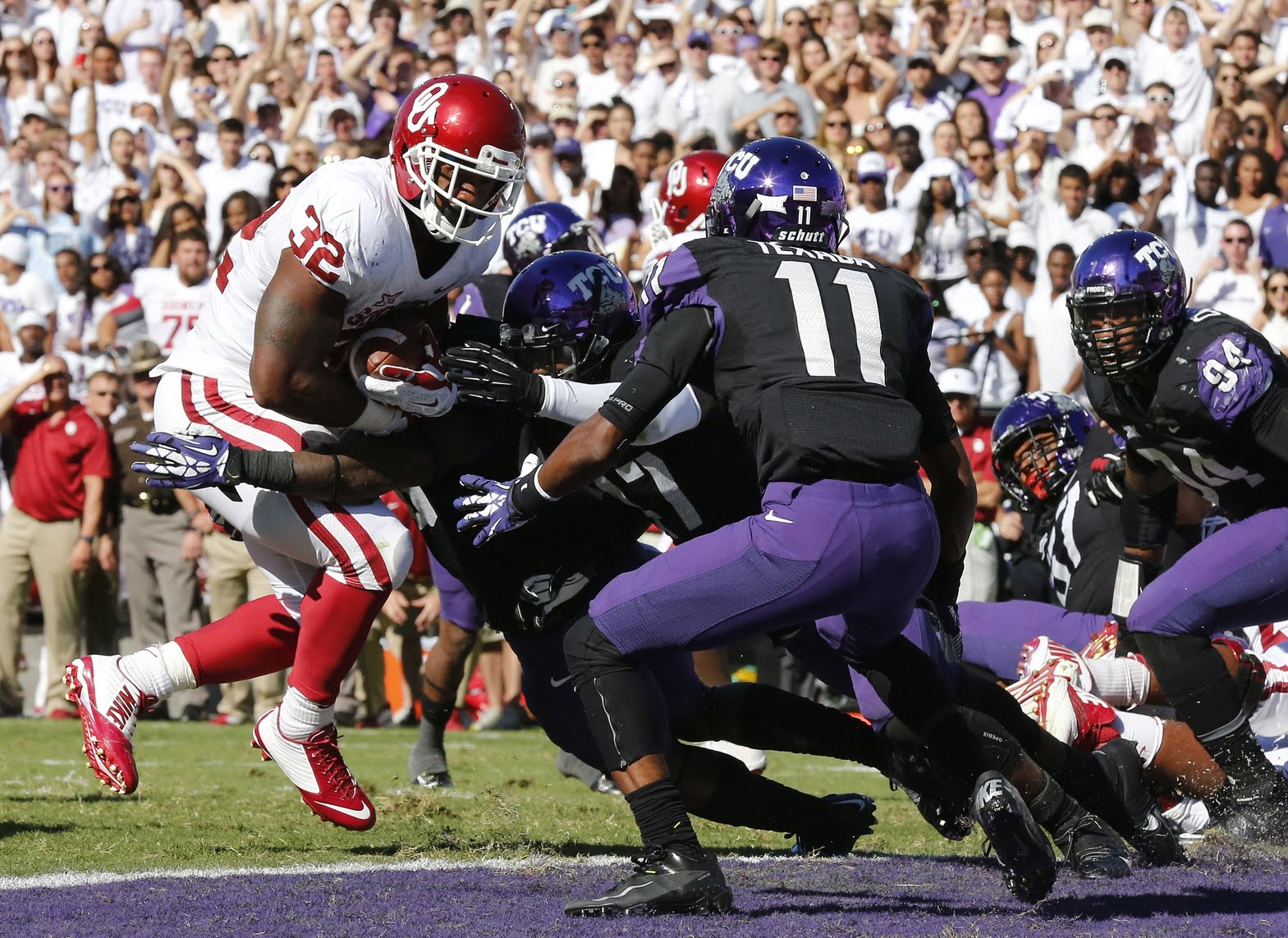 I thought this was actually fairly obvious but I was listening to the Dan Patrick Show on Monday and he had Paul Finebaum on and he said something really dumb.

When Dan asked him who was in trouble after this weekend his first response was “Oklahoma, because the Big 12 doesn’t have a championship game.”

Oklahoma’s loss to TCU means absolutely nothing in terms of them winning the Big 12 Championship and getting into the playoff unless you believe TCU is going to lose zero games or one game the rest of the way.[1. I don’t, and neither should anybody else.]

OU’s loss to TCU is equivalent to OSU’s loss to Florida State. Win the rest and you’re still in the playoff.

That’s the great part about getting upset by a team that’s probably not going to win the conference (especially early on): As long as you beat the other heavyweights in your conference you can still win the league and (now) get in the four-team playoff.[1. Where was this in 2011?]

I talked an unreasonable amount of smack on Twitter on Saturday because that’s what Twitter is for but the reality is that OU is still in the driver’s seat.

Why? Because these two formulas for winning the Big 12 and getting into the playoff are equivalent:

The formula is true for Baylor, too. It gets one non-OU slip-up along the way. As long as you’ve got that head-to-head advantage against the other legitimate contender then you’re good.

You don’t really think OSU, TCU, or Kansas State[1. I presume these are the only other three reasonable contenders] is going to only lose one game in the conference (especially when two of those teams have to go to Norman all three to Waco), do you?

Baylor or OU is going to win the Big 12 and one loss to a team other than each other won’t change that. Whoever wins their November 8th meeting will take the crown and likely dance into the college football playoff.[1. Forget I said any of this when TCU beats Baylor this Saturday.]