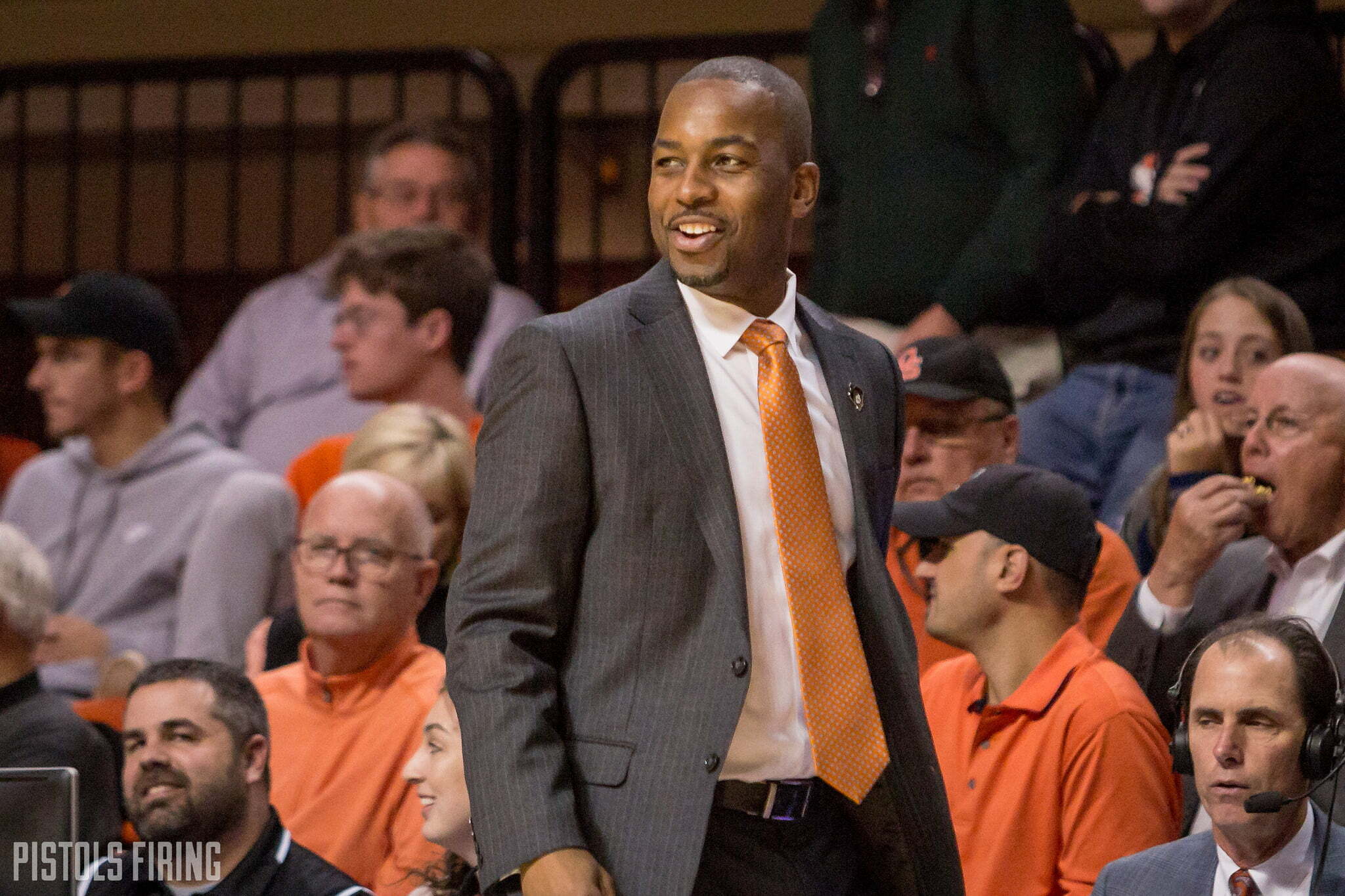 STILLWATER — Mike Boynton met with the media for the first time since the Cowboys’ third-place performance at the AdvoCare Invitational over Thanksgiving weekend.

Boyton, Thomas Dziagwa and Mike Cunningham spoke on what the preseason tourney taught the team, Cunningham’s first minutes as a Cowboys, OSU’s upcoming game against Minnesota and myriad other topics. Here are a few expanded looks on some interesting talking points.

A young Mike Boynton exited his final high school class for the day when his classmates came up to congratulate him.

“What are you talking about? I’m not going to Hofstra,” Boynton replied.

When Boynton got out of the building he saw Hofstra assistant coach Tom Pecora leaning against a car with a sign that read “Hofstra loves Mike Boynton” on it.

“You can’t do that anymore I don’t think, but it was pretty cool,” Boynton said. “Everybody thought they got me a car. They didn’t. I didn’t go there, but it wasn’t because somebody else got me a car either by the way.”

It was one of a few unique ways Pecora recruited Boynton. At an in-home visit, Pecora and Boynton went to a running track across the street from Boynton’s house where the two raced. Boynton won.

At the time, now-Villanova coach Jay Wright was Hofstra’s head coach. Boynton and Wright met as dueling coaches Friday in Orlando when Villanova topped OSU 77-58 in the second round of the AdvoCare Invitational. It was a bit of long-term revenge for Wright as Boynton ended up choosing South Carolina over Hofstra.

“They actually took another commitment before I made my decision, so it was a fairly mutual parting in that recruitment,” Boynton said. “If I hadn’t gone to South Carolina, I probably would have wanted to go play for Jay and Tom at Hofstra.”

Bouncing back can be tough when a team with six freshmen get beaten by 19 points, but somehow, Boynton and the Cowboys did it seamlessly.

“The common thing with this team is try to stay even keel no matter what,” Dziagwa said. “Win or lose, we try to learn. That night, obviously, they made more baskets and we didn’t get enough stops. It was more of just a learning experience, but we felt optimistic after.”

Boynton said it was the little things Nova did that he talked in the locker room, and not much of it had to do with the gameplan. It was how Villanova functioned as a whole from bench to court that stood out to Boynton as to how he said he wants his team to grow.

“What it was, was they have an identity, and everybody within that organization embraces that identity,” Boynton said. “Their walk-ons, who never get in the game, they’re the best cheerleaders I’ve seen. Every huddle that they have is tight. Those are the things we talked about as we build this thing the way we feel like it should be built for longevity and for sustainability over time is the intangible things that carry over.

“The loss hurt, and it should have. It was embarrassing on national TV to lose by 20, but we had made progress. We competed literally for every minute of that game.”

Anei is up to 15 blocks through his first six games of college basketball. His six-swat performance tied him for first among freshmen in OSU history with Byron Houston (1989) and Leroy Combs (1979).

Apart from the freshman game record he has already grabbed a share of, here are some more attainable block records for Anei:

Anei is averaging 2.5 blocks per game. With 25 games left in the regular season and the 15 blocks he has already, Anei is on track to stuff 77.5 shots in his freshman season. If he did that for four seasons, he would end his career with 310 blocks, annihilating this school record.