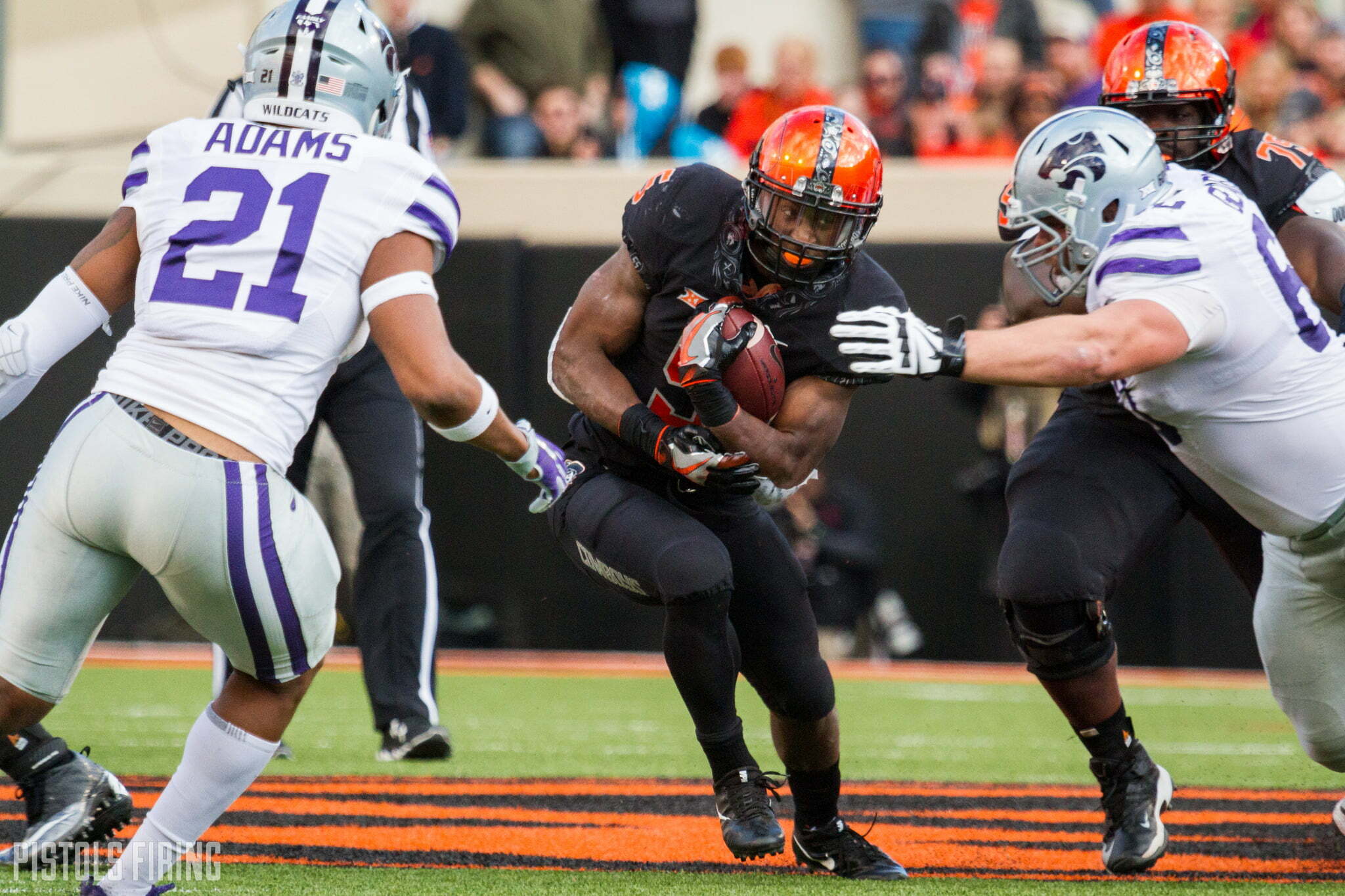 Oklahoma State’s three-year leading rusher entered Lucas Oil Stadium in Indianapolis, the home of the NFL Draft Combine, with one major knock against him — his size. But what he accomplished over those four days — and especially on Friday — went a long way toward allowing teams to see beyond the measurements and through to his upside as a playmaker.

The stereotypical NFL every-down back measures in somewhere above 6 feet, and weighs in north of 200 pounds (think Hill’s former teammate Chris Carson). At 5 foot, 9 and 5/8 of an inch, Justice will never hit 6 feet, and though he bulked up to 198 pounds, he was still the second-lightest RB in attendance.

The early success of another small, but dynamic last season may have whet the appetite of teams looking for that next home run pick that turns out to be a home run threat.

If you tuned into the broadcast on Friday, you likely heard the name Phillip Lindsay thrown around, especially when Justice Hill was on screen. It’s an apt comparison size-wise, and it represents a nice first-year projection for the All-Big 12 back — although I think Justice was a better overall college player. 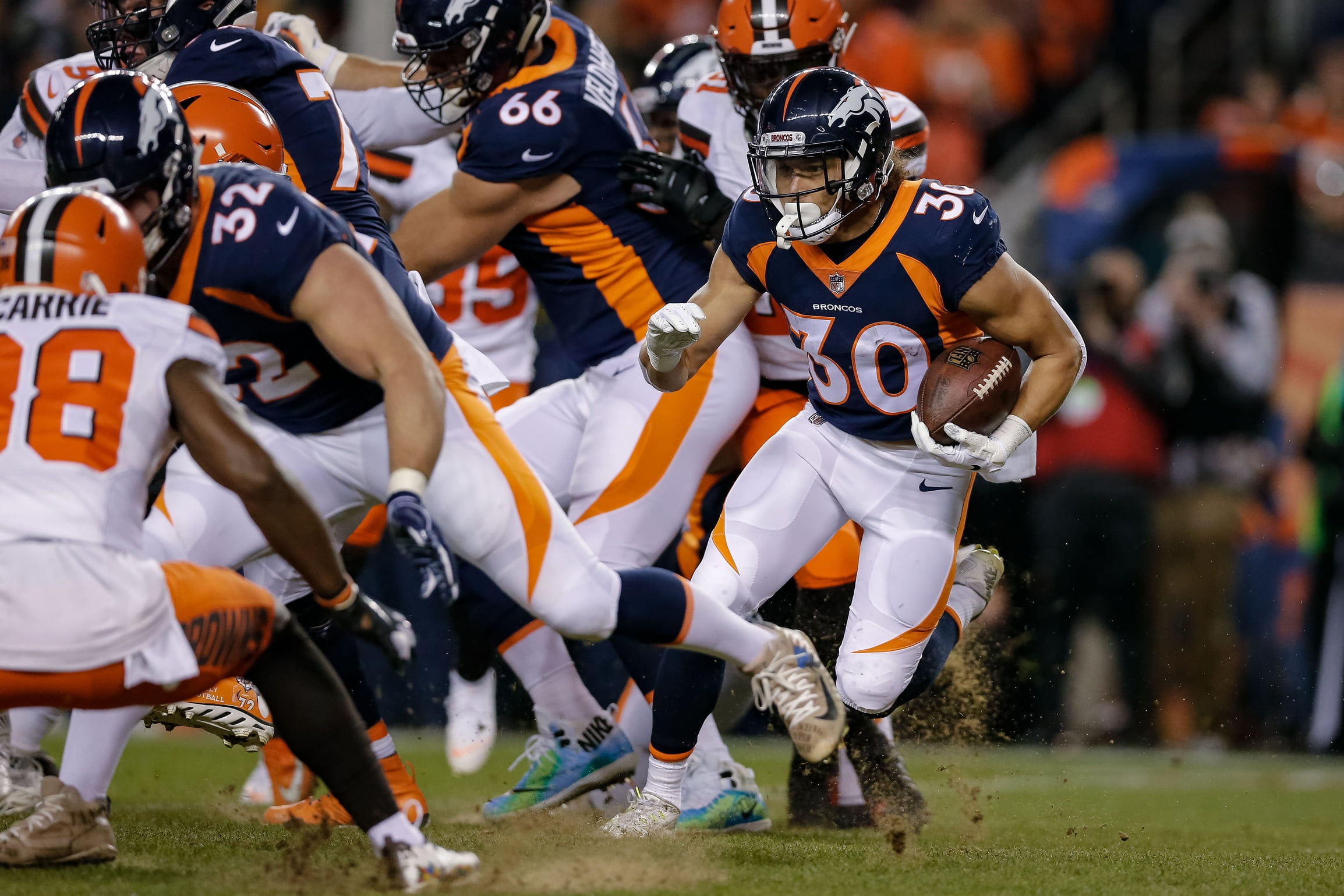 OSU fans will remember Lindsay who squared off against the Cowboys in the 2016 Alamo Bowl for Colorado. He’s also the cousin of former Cowboys Tony and Gabe Lindsay.

At 5-8 and 190 pounds (and despite 1,400-plus rushing yards and 14 TDs his senior year), Lindsay did not even receive an invite to last year’s combine. But his pro day numbers were comparable to Justice’s combine results with a slightly quicker 40 time (4.39 to 4.40) but with Justice owning a decided edge in the vertical (by four and a half inches), broad jump (by six inches) and 10-yard split (by 0.09 seconds).

These numbers aren’t everything, but they do show that Justice is at least a comparable athlete, if not more a explosive and dynamic playmaker.

Lindsay, who signed as an undrafted free agent with the Denver Broncos, continued to pave the way for small, speedy backs. After becoming the first undrafted player in NFL history to rush for over 100 yards in his first two games, Lindsay put the NFL on notice. He ended up earning a Pro Bowl nod and All-Rookie team selection after turning in a top 10 rushing season last year.

Other recent successful backs who broke the RB1 mold from a size standpoint include New Orleans’ Alvin Kamara (5-10, 215 pounds) and Kareem Hunt (5-11, 201 pounds). You can even look at backs like Darren Sproles who have carved out successful careers with an even smaller frame. Dustin Ragusa laid out some comps style-wise that could also forecast his success.

While his size may not scream franchise featured back to NFL scouts, Justice Hill has done enough in his career to be warrant some draft day love, and he did enough during his combine to show that he belongs with some of the great smaller, yet successful backs playing on Sundays.