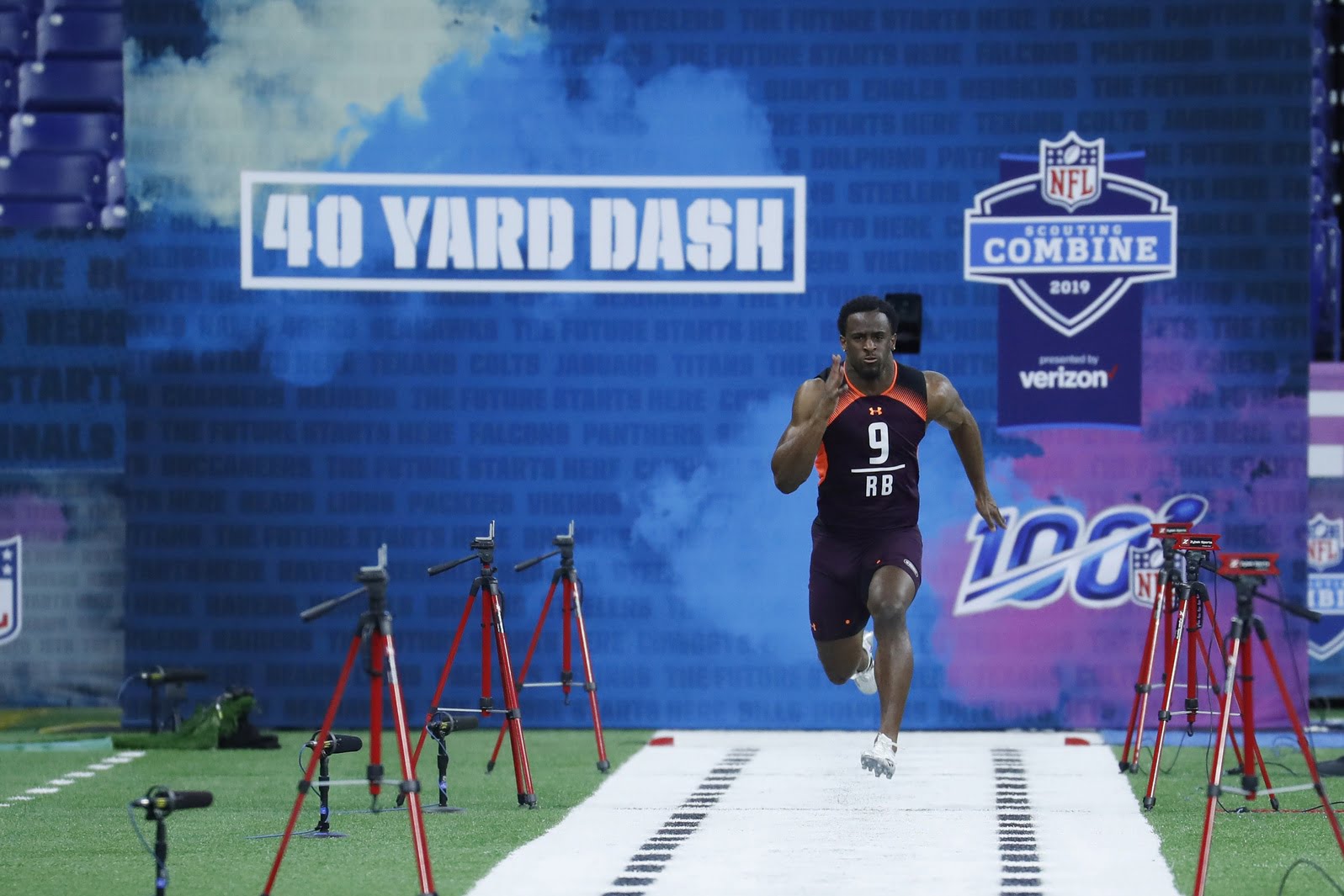 When he stepped off the plane in Indianapolis earlier this week, Justice Hill had plenty to prove to NFL teams about his ability to be a next-level rusher. By the time he stepped back onto one on Friday afternoon, he had done just that and more.

The headline event came earlier on Friday, when Justice was clocked at an official 4.4 flat in the 40-yard dash.

Justice Hill ran a 4.4 flat in his first 40-yard dash at the NFL combine. pic.twitter.com/3uHSjYGXVv

Though Memphis running back Darrell Henderson was given an unofficial 4.37 in his second attempt, the official times changed his best run to 4.49 seconds. That means Justice Hill was the fastest running back to participate in this year’s combine.

Hill appeared to have tweaked something during his second run (4.49 seconds) which may have been why he was seen wearing a hoodie as a spectator, and not taking part for the remainder of the on-field drills. But what he did take part in, he dominated.

Hill also turned in the highest vertical jump of the day (40 inches) and tied for the longest broad jump (10 feet, 10 inches).

All of this added up to the highest score among rushers that participated.

Here's a look a the top running back performers from the 2019 class based on the Next Gen Stats Combine Score powered by @awscloud.

Oklahoma State RB Justice Hill finished with the highest combine score of the group running the 40 in 4.40 seconds + 10'10 broad jump at 198 lbs. pic.twitter.com/KMAckUhDA0

Among RBs at the #NFLCombine:

We'd say that's a pretty good trip so far for @jhill21_. Watch the rest on @nflnetwork this weekend. pic.twitter.com/O5Tv0sQwfT

A trip to Indy that could have solidified his status and simply checked a couple of boxes, has likely pushed Hill up a spot or two on draft boards. Assuming he is healthy, Justice still has OSU’s pro day to add to his case to NFL teams, although he doesn’t have much more to prove after his dominant showing on Friday.