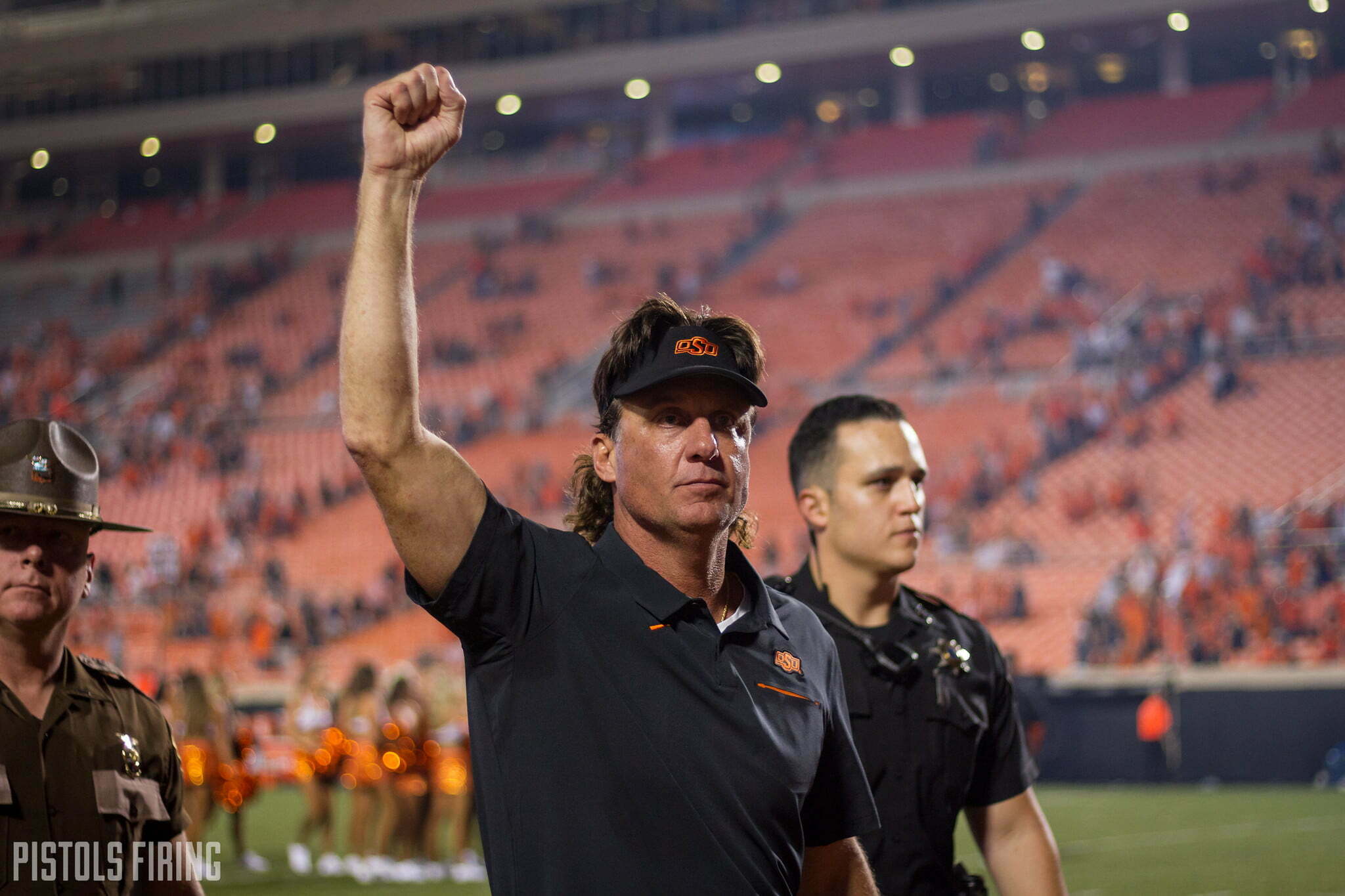 With the addition of four-star linebacker Collin Oliver on Friday, the Cowboys are now 64th in the national rankings — up 10 spots from prior to his pledge — and ninth in the Big 12 — up one spot from being ranked No. 10 for the last several months. Here’s a look at the updated rankings nationally:

And here’s an updated look at the Big 12 rankings, sorted by 247’s “points” system, which skews to favor quantity over quality throughout the process until the final rankings are in place.

Now here’s the same conference rankings through the lens of a more informative view: the per-commitment average for each team. (Note: OSU commitment Raymond Gay is left out of my math because he is not ranked at the time. This is also how 247 calculates the per-player ranking and for other teams whose commitments are not ranked.)

So an improvement, no question. Oliver’s commitment alone allowed OSU to jump Baylor in the per-commitment average, from No. 7 to No. 6.

Oklahoma State still has plenty of room to climb, too, considering it still has the second-fewest total number of commitments in the 2021 class. With several other top targets in the class leaning Oklahoma State’s direction, the next month or two could be a favorable period for the Pokes to keep climbing up the rankings.