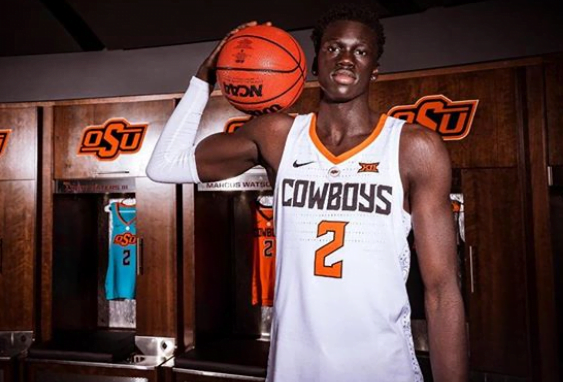 Marshall Scott went into this in detail on Tuesday evening after The News broke about C. Cunningham, and he broke down each target on OSU’s list and what those players are likely to do over the next few weeks and months.

I, the resident mathematician, thought it would be fun to play the “what if” game here to see what kind of class OSU ends up with when the dust settles on this group graduating in 2020.

Where your recruiting class ranks is completely dependent on what other programs do so it’s difficult to say “if OSU reaches X in class rating, they’ll be ranked X.” However, if we’re looking at the 247 composite from the last five years, the magic number seems to be a point total of 68 (we do not understand the math, but you can follow it here). Here’s where a class point total of 68 would have had you ranked in the last five classes.

Right now, OSU has 51.09 points, according to 247. It’s a class that ranks No. 20 nationally with just two recruits. Only Michigan has the same number of commits and is ranked higher (at No. 19) than OSU. Everyone else ranked ahead of these Pokes has at least three commits. So there’s room for growth.

And if that growth comes from the state of Oklahoma, OSU could have a top-five class. Here’s what happens if you add JT Thor (likely at this point) and Bryce Thompson (more of a long shot). 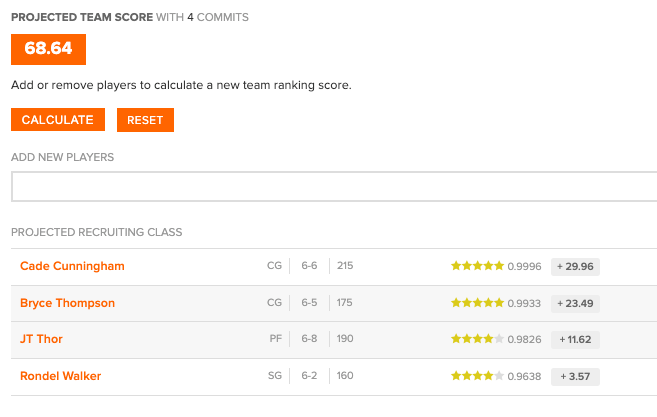 That gets you to 68.64, or a top-five class. Basically where Kentucky is right now with just four recruits. But let’s get really crazy and say OSU adds to that with Jaylin Williams for a five-man group coming in 2020. That would be sneaking toward Duke territory (Duke is currently at 70.07 with three five-star guys). 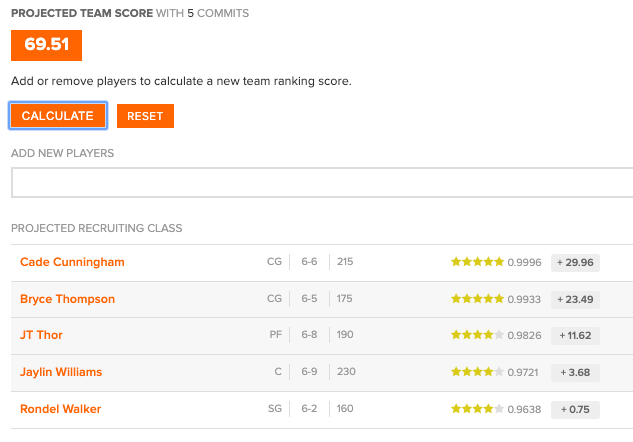 There are other ways to accomplish some of this though. Let’s say you don’t get Bryce but you do still get Mike Miles and keep Jaylin and Thor. That gets you right on that magic number line. I don’t know how or why this math works out, but according to 247, it does. 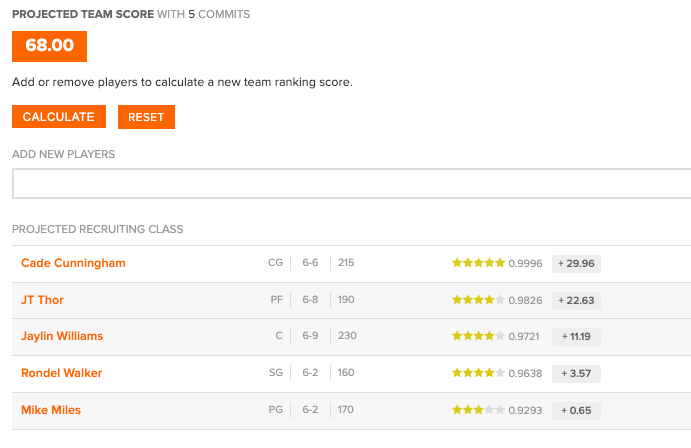 So obviously the key cog to the entire thing was Cade. He’s secured, locked in. Bryce would be “wait, is this going to be the No. 1 class in the nation?” territory, and everything after that would just be gravy. Of note: If Thor commits today, OSU’s number would be 63.44 which would give them the No. 5 class in the nation as of Nov. 6, just behind Duke, Carolina, Kentucky and Tennessee. So … yeah.

As for how next year’s squad would look, a Bryce and Ice backcourt with Cade doing No. 1 pick things makes my knees so weak, Jell-O looks foundational by comparison. Toss those three into a Year 3 Yor and Year 2 Keylan with Thor, Avery Anderson, Hidde the 🐐, Kalib Boone and Watson (?) providing support, and that’s a real 10-man, Big 12-title winning rotation.

Also, consider this with me because WHY NOT? You could roll out a lineup of …

There’s obviously a long way to go, and I don’t feel especially confident in Bryce coming to Stillwater, but a top-five class is suddenly in play for OSU, and that would make 2020-21 even better than it’s already going to be.