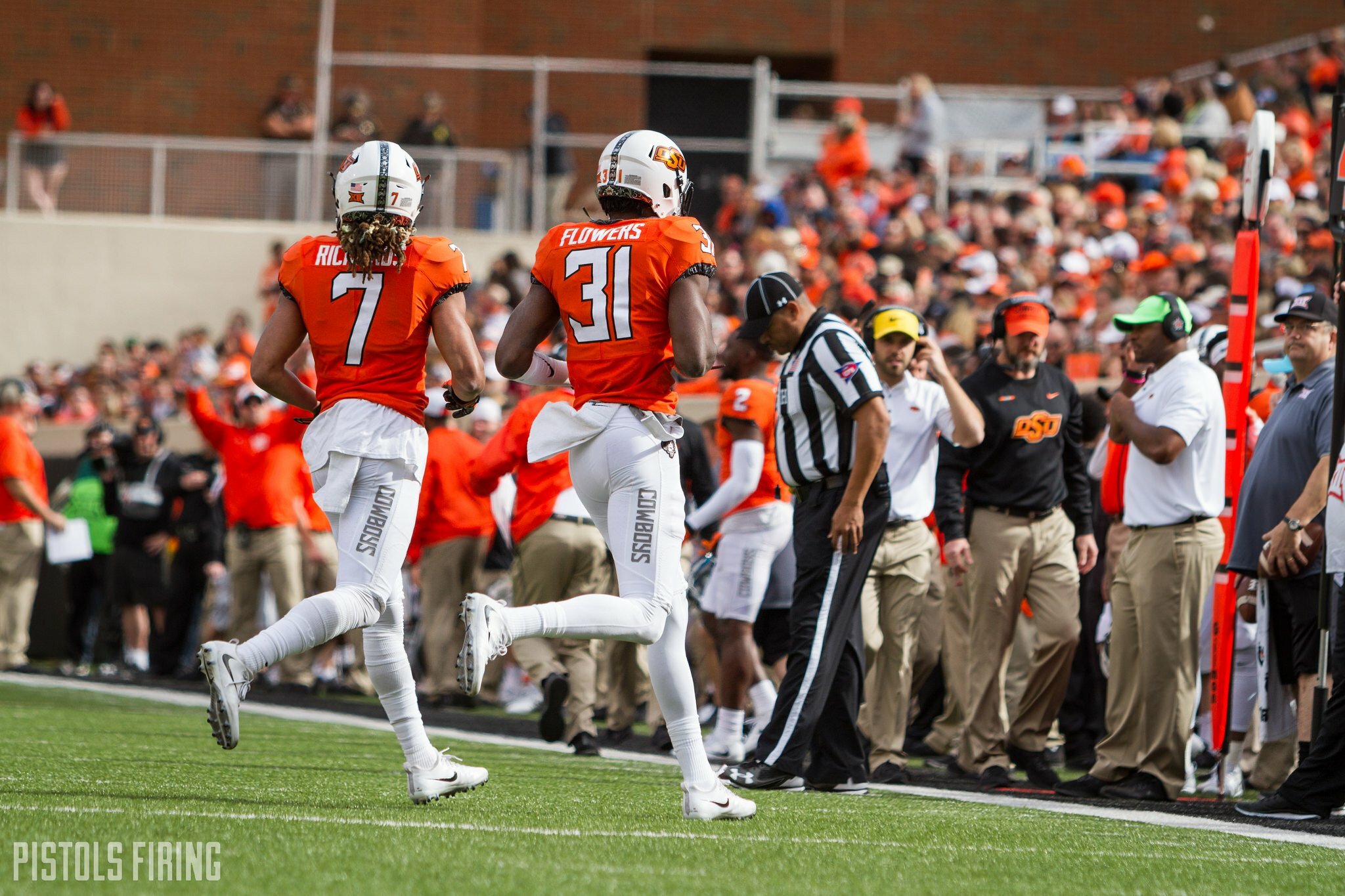 On Tuesday’s PFB podcast, Kyle asked an important question about how good a defense needs to be to win the Big 12. I thought I’d take a stab at answering it with Brian Fremeau’s points per drive statistics from bcftoys.com. He adjusts for end-of-half drives and garbage-time drives and scores. 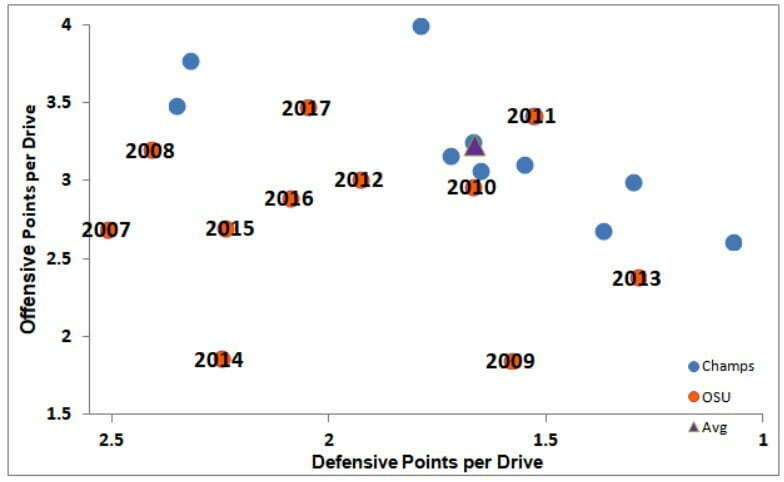 2010: A win over OU in Stillwater would have put OSU in the Big 12 championship game against Nebraska.

2011: OSU’s conference title team. The only Big 12 champ with better offensive and defensive points per drive than the championship average — the most well-rounded team in recent Big 12 history?

2013: the best OSU defense on record. OSU was a Justin Gilbert INT away from a second conference championship in two years.

OSU’s best offense in this 11-year span actually came this year, as Rudolph & Co barely edged out the 2011 team — but the defense cost OSU any chance at a conference championship.

The only teams that have managed to win a conference title with really lousy defenses were quarterbacked by Baker Mayfield. The ‘16 and ‘17 Sooners are the two blue dots at the top left. Those teams prove that an elite defense isn’t essential, but you had better have a Heisman-level QB to make a run at a conference championship.

In summary, you need a DPD figure somewhere in the 1.7-or-better area (OSU was at 2.05 in 2017, TCU was right at 1.7 in 2017) to feel comfortable about your chances — and OSU has accomplished that only four times in the last eleven years — which explains why Gundy is on the search for another coordinator.