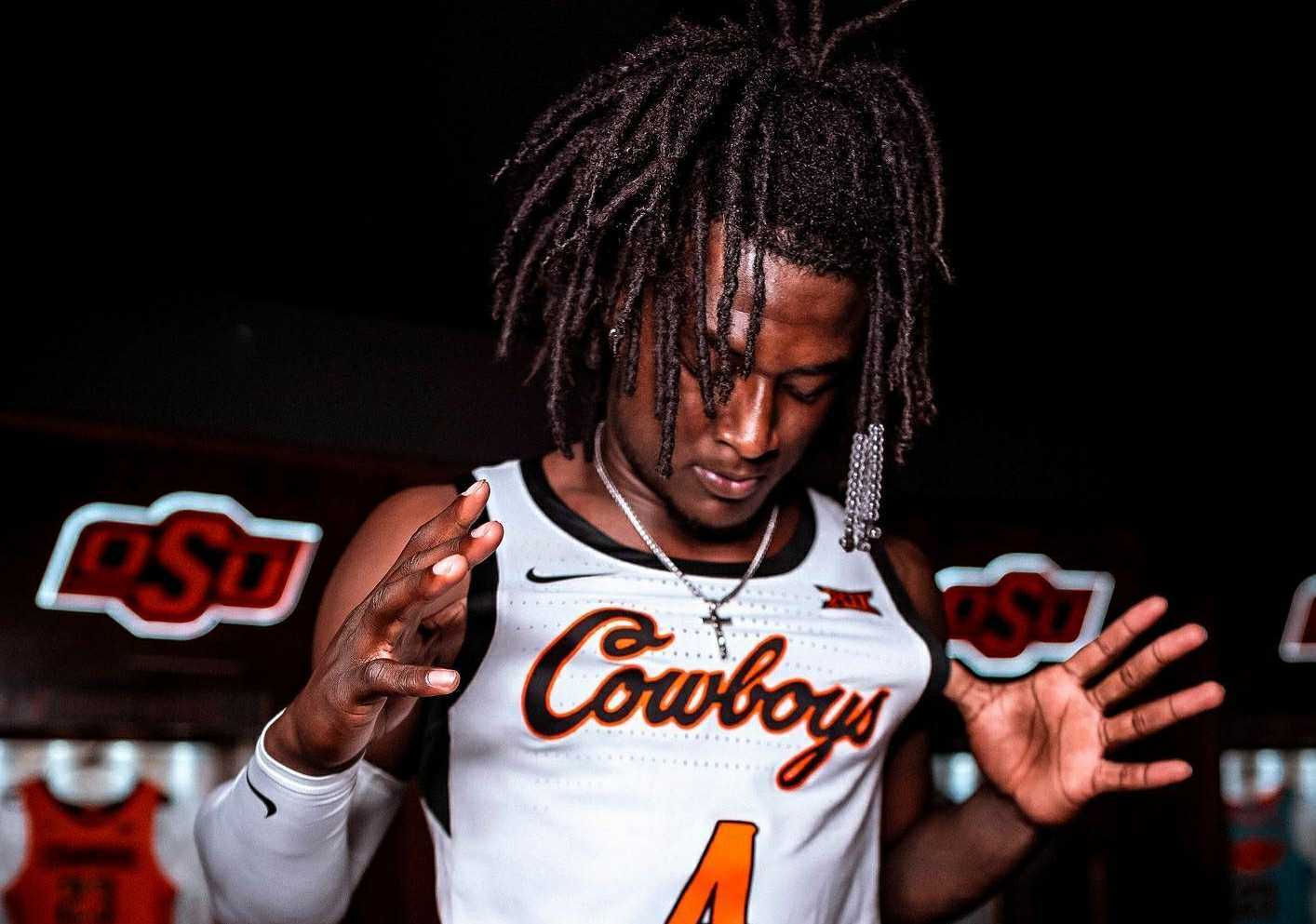 The Nike EYBL Peach Jam is one of the biggest events on the basketball recruiting calendar, and this year was no different.

The conclusion of the Nike circuit’s AAU season (and thus the live eval period) saw some OSU targets shine in front of the who’s who of college coaches, and Mike Boynton was apparently right in the middle of it, making a few appearances on Jason Jordan’s “optimal sideline placement” lists.

Here is a look at how some OSU targets performed in South Carolina.

The Oklahoma-based Team Griffin squad had a rough go of it last week, but Garrison was still efficient.

Jaland Lowe received an OSU offer this summer and made an official visit up to Stillwater, and last week, he was one of the biggest risers at Peach Jam.

Leading his team to the semifinals before falling to eventual winner MoKan Elite, Lowe averaged 17.7 points, 4.1 rebounds and 4.3 assists. Here are highlights from his 26-point outing against NJ Scholars:

Listed at 6-1, Lowe visited Stillwater in June on an official basis. For now, he is listed as the No. 156 player in the 2023 cycle, but his performance at Peach Jam could see him on the rise.

“I really love their culture and their coaches,” Lowe told PFB of Oklahoma State. “They really make you feel close to them, really interact with you as a person not just as a player. I got along with them well. I got along with some of the players really well. Yeah, the way they just made it feel normal, just talking and everything like that, it was really nice.”

Keller, who visited OSU shortly before Lowe did, showed out for Drive Nation, leading the squad to the invitational title at the event. Drive Nation went 8-0, and Keller averaged 15.1 points, 4.4 rebounds and four assists a game while shooting 53% from the field and 34% from 3.

Listed at 6-1 from Killeen, Texas, Keller is the No. 162 player in 2023, but again, that could change with his standout performances this past week. In a game against Uplay Canada, Keller scored 24 points while going 11-for-17 from the field, and he also dished out five assists.

“It was everything and more,” Keller said told PFB of his OSU visit. “I love the coaching staff. I love the environment. I just liked all of it.”

Formerly a Top 30 player in the class, McBride announced an OSU offer on Thursday. He averaged 16.8 points and 6.3 rebounds a game during the event while shooting 54% from the field and 28% from 3. He dropped 33 in a game against Team Melo where he was 5-for-8 from 3.

Once considered a blue-chip recruit, McBride will likely begin another climb up the rankings. He is currently the No. 152 player in the composite rankings.

Brandon Williams included OSU in his Top 5 at the end of June.

With PSA Cardinals, Williams scored in double figures in all but one of his games at Peach Jam, averaging 13.3 points and 4.2 rebounds a game.

Listed as a 6-7 forward, Williams is the No. 133 player in the class. He is also from Mike Boynton’s home state — New York.

Playing alongside Lowe, Hardaway averaged 6.3 points and 4.1 rebounds a game at Peach Jam.

Penny Hardaway’s son, Ashton announce an Oklahoma State offer June 25. A 6-foot-7 forward from Duncanville, Texas, Hardaway is the No. 144 player in the composite rankings.

David Castillo and Liam McNeeley already have OSU offers despite being in the 2024 class, and both have played up an age group this summer.

From Texas, McNeeley is the No. 18 player in the class, and he had a heavy hand in Drive Nation’s success in South Carolina. A 6-7 big guard, McNeeley averaged 17.9 points, 7.5 rebounds and four assists a game while shooting 40% from 3. He has made a visit to Stillwater, and one report from last week said OSU is one of the most active schools with him.