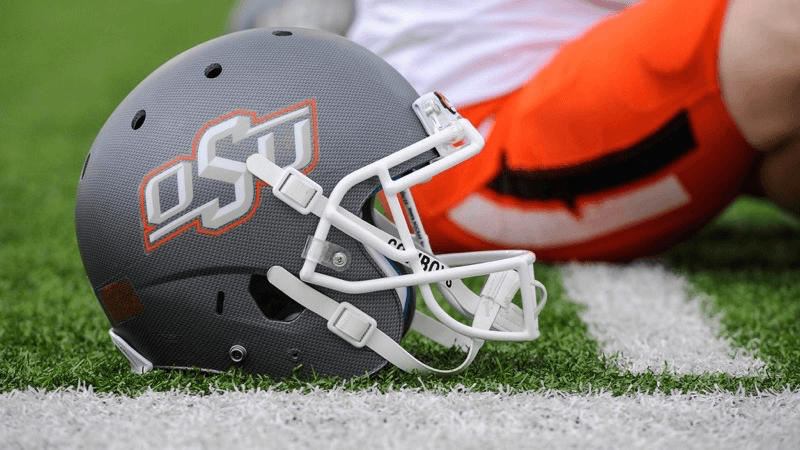 Oklahoma State saw four players drafted into the NFL back in April, which tied for the most of any year in the Mike Gundy era. It was a great sight to see, with James Washington, Mason Rudolph, Tre Flowers, and Marcell Ateman all getting the opportunity to continue their football careers.

While their time playing at Oklahoma State may be over, the impact they have can for the program, especially in recruiting, is just beginning.

Draft isn’t sole determinant, but it is important

Players aren’t lining up to quarterback at Miami of Ohio just because Big Ben went there. Despite Aaron Rodgers playing at Cal, they haven’t been landing top-5 recruiting classes. But there is an impact — because high schoolers want to be NFL players — and it’s probably a bigger one than we care to admit.

The Big 12 had just 20 players taken in the NFL draft, ranking fifth among the Power 5 conferences. Alabama had 12. Yep, 12.

Winning national championships and having ESPN analysts tell everyone you’re the best conference matters just as much as having players drafted. But when you’re a school getting players into the NFL, who then go on to have success, it matters. It’s a selling point in a living room for those four- and five-star recruits that OSU fans lament never landing.

Go back to Alabama for a minute. They don’t win the national title every year (even though it feels like it), but they always land top-5 classes. That’s because Nick Saban puts guys in the NFL. They don’t always pan out. Heck some have been busts, but they get there, and that’s what matters most.

To drive this point home, look at the only other time OSU put four players in the NFL in the same draft. In 2010, Zac Robinson, Dez Bryant, Russell Okung and Perish Cox all went to the league. In 2011, OSU had the No. 25 recruiting class in the country, which it has not achieved since then. Putting guys in the pros matters.

Every Texas high school football player knows the name of the former OSU and Dallas wide receiver. And nearly every wide receiver out of the state of Texas, who has committed to and played for Oklahoma State, has named No. 88 as one of their favorite players.

I don’t think it’s a stretch to say that Dez Bryant has had an immense impact on Oklahoma State’s ability to recruit talented wide receivers. Dez hasn’t worn orange and black since 2009, but his presence is still felt at Oklahoma State today.

Consider Cowboy-turned-Steeler James Washington, who says he modeled his game after Dez.

“Teams, they have asked me who I compare my game to, and, for me, I feel like it’s Dez Bryant and that just comes because I’ve watched a bunch of him on film at Oklahoma State and I just tried to mold my game after him,” said Washington. “I watched him a lot growing up and I just like the characteristics that he brings to the table.”

How about current Cowboy WR Tyron Johnson, who interacted with Dez on Twitter before the start of the 2017 season.

While Dez likely will be catching passes this season for someone in the NFL (he’s not currently with a team), his impact is waning as other receiving stars rise up to replace him. With Dez’s career on its way down, (and Blackmon’s career tragically never getting off the ground) Washington could be just the guy to pick up the torch and lure in the next generation of talented Oklahoma State receivers.

The Cowboys need him to be.

No offense to guys like Chris Carson, Brandon Weeden, Russell Okung, or even Dan Bailey, but none of them have provided as much capital when it comes to recruiting as Dez Bryant. Now Washington has the potential to be the next former Cowboy that recruits name as an influence in how they play or why they considered Oklahoma State.

QB Success in the NFL

I’m a big fan of Brandon Weeden. I loved watching him during his time at Oklahoma State. That’s why what I’m about to say is going to hurt. Because he’s the only OSU QB in the Gundy era who has seen significant time in the NFL and his career has not panned out like he (or any of us) thought it would, there’s a probably unfair perception that OSU (and to a greater degree, the Big 12) produces system QBs. Does that affect recruiting? Maybe or maybe not, but if it does, it probably doesn’t do so positively, and it might not even be Weeden-specific.

Weeden isn’t the first quarterback to be bitten by the “Big 12 Quarterback Curse.” That honor belongs to Colt McCoy. But as it stands, and despite Baker Mayfield going No. 1 overall, there is a belief in the NFL that Big 12 quarterbacks can’t succeed in the league, based on the style of offense.

So while Washington has a great opportunity to help OSU, Rudolph might have an even bigger one. If he can succeed in Pittsburgh, it could shift the narrative a bit for not only Big 12 quarterbacks, but Oklahoma State quarterbacks. Regardless of whether you think Weeden’s career hurts recruiting, it’s undeniable that Rudolph’s career has a chance to help Mike Gundy in living rooms across the country.

Yes, OSU lands good quarterbacks now. Rudolph himself was a solid prospect. So is incoming freshman Spencer Sanders. But top ranked QBs are going to USC, Ohio State, Alabama, and Georgia, because they know that by doing so, they can not only win national championships, but get a shot at the NFL.

Rudolph succeeding, where other Oklahoma State quarterbacks have not, will only help to lure the next class of amazing QBs to Stillwater. And maybe, even better ones than have come before.

Seriously, football games are long. Hours long. There’s a lot of time to fill in-between plays. Look at college sports. We get the Gundy mullet mentioned in every OSU football game. Not just mentioned, but photos of the announcers with photoshopped mullets presented for a laugh. Sports needs stories and something visual to fill the time-outs and pauses.

Think about the first time Rudolph comes into the game for the Steelers and throws, not even a touchdown, just a pass to Washington. Any producer worth their paycheck is going to have college highlights of the two doing so. If they’re smart, they’ll pull it from the Pitt game and throw in “this isn’t the first time these two have connected on a pass at Heinz Field.” (I know I would).

You think seeing that footage over and over again isn’t going to have at least some impact for some recruit looking for a college to continue his career?

There are a lot of reasons OSU doesn’t land more blue-chip recruits. While we like to always point the finger at Gundy’s seeming lack of interest in trying to land studs, I don’t think it’s as simple as that.

What I do know is that now there may be more on the shoulders of Mason Rudolph and James Washington in regards to the future of Oklahoma State football than there was even during their sophomore, junior, or senior years.

I think they can carry the weight.