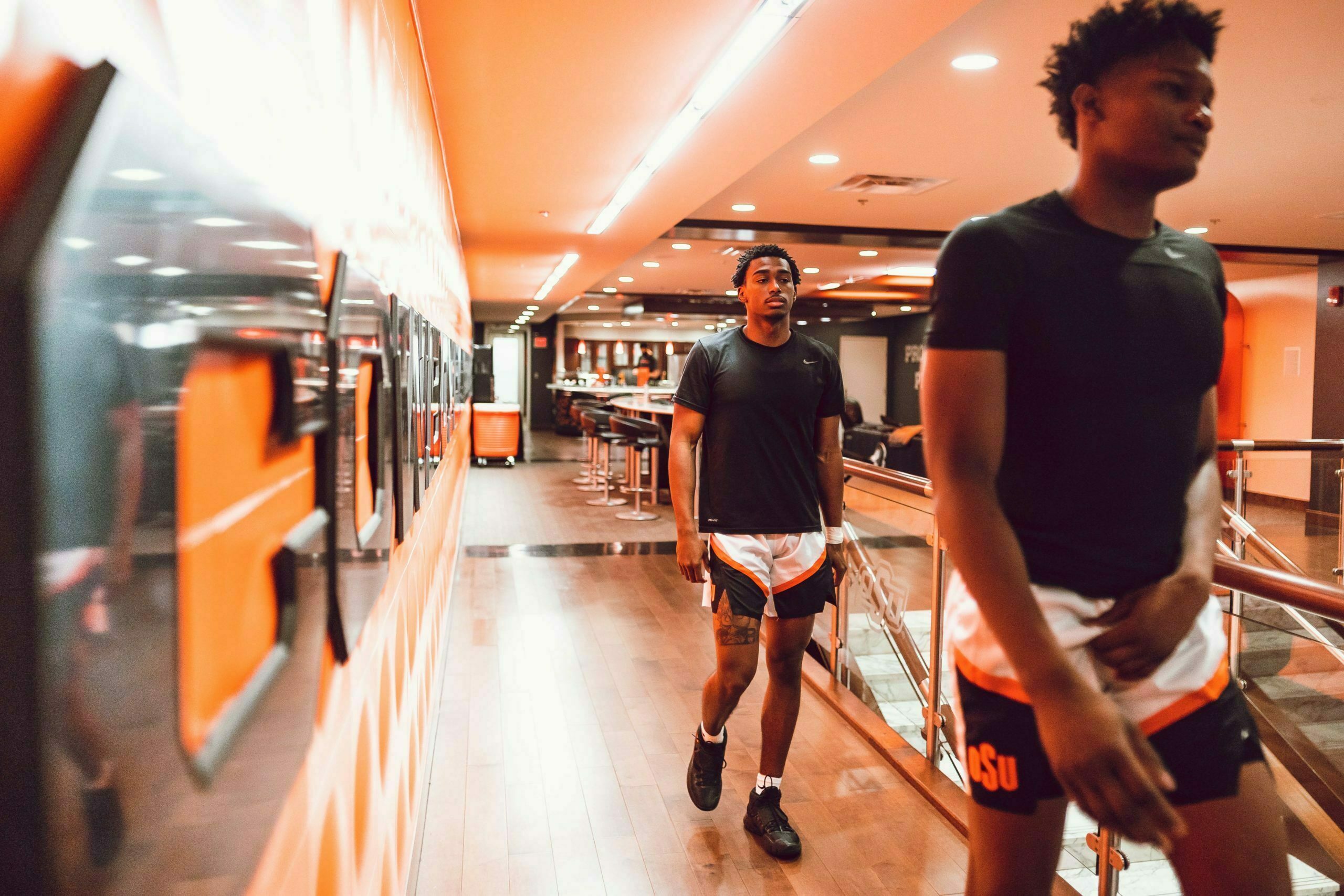 Dee Mitchell’s manager rushed into the back room of Walmart he was in and told him they needed to go clean up a mess outside, but there was no mess awaiting Mitchell.

Mitchell stepped out to find Oklahoma State coach Mike Boynton and his staff waiting to award Mitchell, then a walk-on, a scholarship.

“They distracted me with a lot of business,” Mitchell said Tuesday. “The excuse that they made was I had to take a safety evaluation. I had to watch a video. I went to the back and at the same time I had a Zoom call, I thought it was academic zoom call with the team. So I was trying to do both of those things at the same time and then my manager rushed in and was like, ‘We got to clean up the mess like right outside, so we need to go right now.’ So I was in a hurry. I had a lot of things going on. Just seeing everybody outside, seeing the camera in my face and everything, I realized that what the moment was about and it was special.”

Mitchell picked up the Walmart gig to help pay for his tuition, a tuition that is now paid for with a scholarship. Mitchell said he plans to talk to Boynton soon about whether he will keep the job at Walmart or go back to just being a college student and basketball player.

Since OSU released that video, Mitchell’s story has went viral, even getting picked up on the Today show.

Mitchell took 19 academic hours in the fall all while working 30 to 40 hours a week at Walmart. Oh, and he was waking up at 5 a.m. to get shots up and a workout in.

Mitchell said his least favorite part of his job is taking out old fruits and vegetables. The thing he likes to do most while working is talk to and help customers.

Mitchell hasn’t suited up for many of OSU’s games this year, and during some games he has actually been at Walmart.

Boynton called Mitchell’s mom a few days before the announcement to tell her. Mitchell said he was surprised she was able to keep the secret.

Boynton also said the plan was initially for the rest of the team to be more involved, but OSU recently had to suspend team activities because of a positive COVID case. So, that couldn’t happen. Yet still, the surprise and the impact of the scholarship still hit home with Mitchell.

“I was high on emotion,” Mitchell said. “I was very excited, overwhelmed with the situation. Everybody did a good job with the setup and surprising me. I was very surprised and very emotional.”