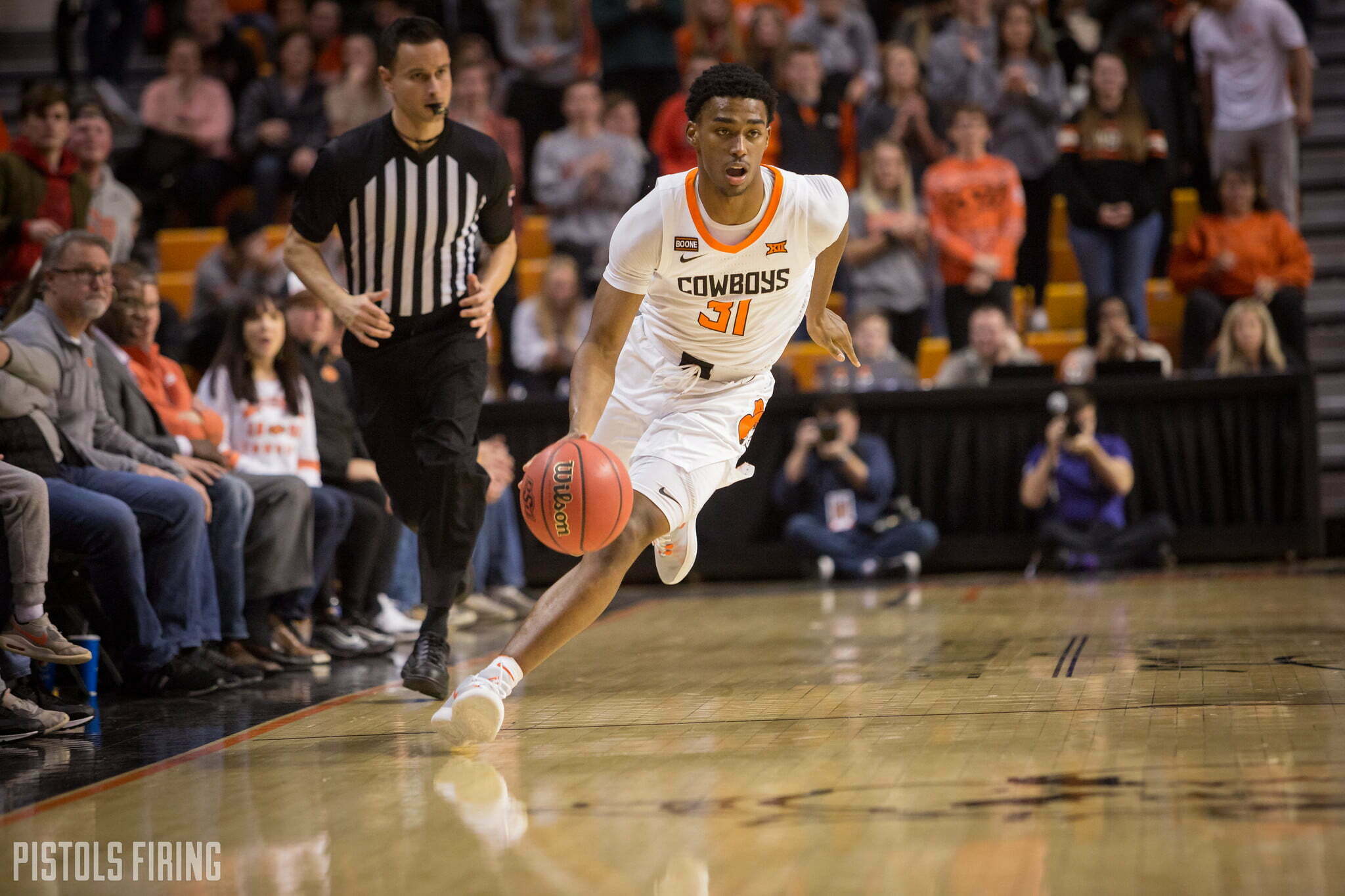 Mitchell, a walk-on on Oklahoma State’s basketball team, has picked up a new responsibility heading into his junior season aside from being a full-time college student and basketball player: he works at Walmart in Stillwater.

Mitchell chose to pick up the gig, where he stocks shelves and unloads trucks, to help his mother, Cassandra Ford, pay for Mitchell’s tuition.

When Mitchell made the decision to work, he went to OSU coach Mike Boynton thinking his basketball career might be over.

Mitchell’s circumstances to get onto OSU’s basketball team were already unusual. He came to Stillwater as a regular student from Jefferson, Texas. He set up a meeting with Boynton in the fall of his freshman year to discuss the possibilities of joining the team as a walk-on, but Boynton told him he wasn’t looking to add any walk-ons at that time.

OSU was down to seven scholarship players, so Boynton held an open try out to try to field enough guys to play five on five during practice. Mitchell showed up and was “clearly one of the best guys there.”

It wasn’t a for sure thing that the walk-ons from the open tryouts would stick on the roster beyond that season, many didn’t. Of the five players added after the open tryouts, only Mitchell and J.K. Hadlock were retained for the next season.

“When he was asked to stay on the team, it was an answer from God,” Mitchell’s mother said. “He was very excited about it and worked hard and has always worked hard. Basketball, actually all sports, has been Dee’s main thing. He loves basketball. I can remember many times where he would actually sleep with a basketball when he was younger.”

So after all Mitchell trudged through to even get onto the basketball team in the first place, Boynton said he couldn’t let Mitchell give up on the sport he loves just because he got a job.

“I couldn’t let the kid, knowing who he is and what he’s about, feel like he was losing out on the opportunity to do what he really loves, which is playing basketball and helping our team,” Boynton said. “I told him, at the moment, ‘Dee, if that’s what you need to do, you go do that. And you have a spot here, whatever day you can make it, whatever time you can be here.'”

So, Mitchell works 30 to 40 hours a week, he takes 19 hours of class and he makes it to practices when he can. Boynton bragged that Mitchell also has the best grades on the team, boasting three As and two Bs. He also already finished a class this semester, where he got an A.

In a normal day, Mitchell said he wakes up at 6 a.m. to go get shots up with Avery Anderson, Chris Harris and graduate assistant Dallas Cameron. He lifts at 8 a.m. before going to study hall from 9 a.m. to 10 a.m. He then grabs a bite to eat before working from noon to 10 p.m.

“He shows up to practice whenever he can,” Boynton said. “He gives us tremendous effort and energy. I hope I can find a way to continue to reward his story because it is truly what college athletics is about. That kid is gonna be a superstar in his life, well beyond Oklahoma State University.”

Beyond OSU, Mitchell wants to be a basketball coach. With his work ethic and experience of being on a Division-I basketball team, it’s hard to imagine he won’t be a dang good one.

“It’s a challenge,” Mitchell said. “Some days I wake up, and I don’t feel like going to work or I feel like calling in. But I know what’s ahead, and I know what I want to do in life. I just kinda remind myself of the things I want to achieve to give myself another set of energy to keep going.”