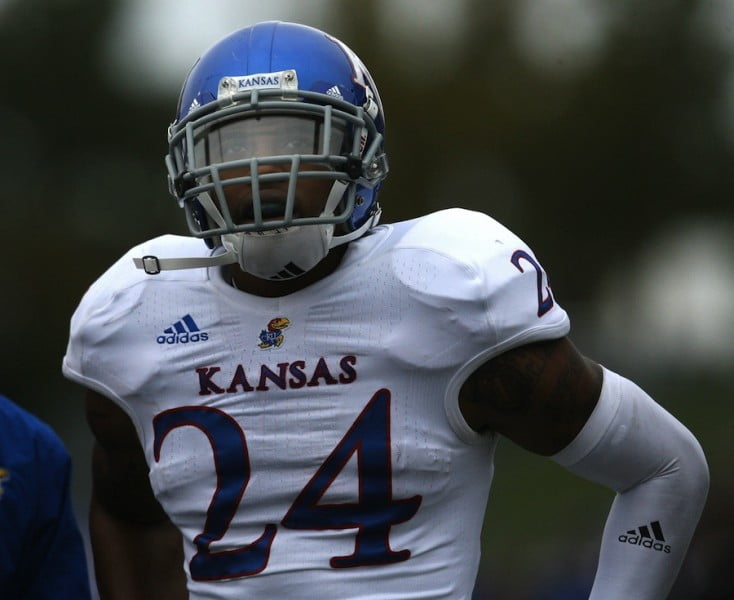 Big thanks to our friends over at Rock Chalk Talk for divulging some secrets from behind enemy lines.

I want to just say nothing because it’s all been very embarrassing, but in truth they’ve been a bit better at a couple of things. First, the running game has been pretty stout, with three regularly playing running backs, two of whom average about 5.5 yards per carry and the other at 4.5 yards per carry.

Secondly, the emergence of Andrew Turzilli at wideout gives them a playmaker at that position that we didn’t have last year. And while the defense has been pretty bad overall, they are 45th in takeaways per game, which sadly is something to be excited about here.

The offense will have to run the ball well and keep it away from Oklahoma State’s offense for a big portion of the game, and when forced into passing downs Dayne Crist is going to have to come up with a few big throws. Defensively, they probably are going to have to luck into a turnover or two. So basically there’s no chance of an upset.

3. I get the feeling KU is pretty proud of its coaches, what’s the early verdict on Big Charlie?

It’s tough to say really. A lot of people are frustrated with how things have gone this year, and we are staring at the very real proposition that in terms of record we may be taking a step back from last year.

Still, it’s tough to know how much blame should be put on the previous staff and how much with this one, so I think we are still in the midst of a feeling out process with Weis and years 2 and 3 are when the real determination will be made.

4. Which defensive player should OSU fans watch out for?

I would say either Toben Opurum or Bradley McDougald. Opurum only has one sack on the year but he’s the most athletic guy on the defensive line and at the very least has the most potential to have a big game up front. McDougald is probably the best player on the defense overall, with 2 interceptions and a sack on the year and probably way too many tackles for a safety.