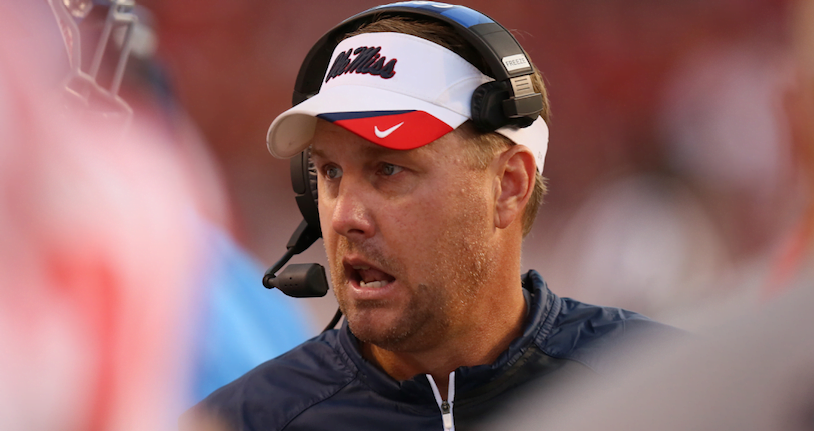 When the NCAA handed down its latest notice of allegations to Ole Miss last week regarding allegations that took place during Hugh Freeze’s tenure, Mike Gundy didn’t shy away about his thoughts on the program and, specifically, how cheating may have played a huge factor in OSU’s crushing loss to the Rebels in the Sugar Bowl.

“We didn’t all play by the same rules,” he added. “If everybody is playing by the rules and you get your butt kicked, that’s OK. I can live with that.

Apparently, Freeze thought it was fair enough. He fired back his own rocket on Tuesday aimed right for Gundy’s mullet.

Hugh Freeze on Mike Gundy's Sugar Bowl comments: "Maybe we can meet in another Sugar Bowl and see how that one goes too."

Shots fired, although ironically enough, Ole Miss is not eligible to compete in the postseason after imposing a bowl ban when the NCAA handed down its latest NOA to the school. So for now, it looks like Gundy might get the last laugh.