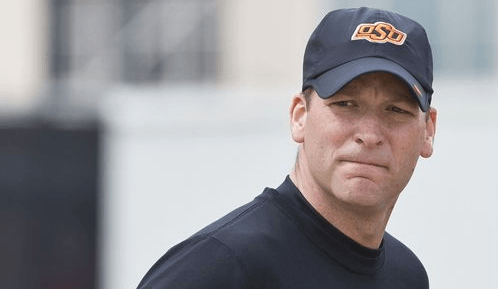 Here’s Mike Yurcich talking about JW Walsh and Daxx Garman — from the Oklahoman.

“We, as an offense, want to maintain balance regardless of who’s at quarterback.”

Perfect. I got that. Totally agree.

“We want to complement ourselves and J.W. (Walsh), a lot like Daxx, can make a lot of throws down the field.”

And somehow, it gets worse. This from the O’Colly on who has a stronger arm:

“I don’t know. I’ve never put a radar gun up to them. It’d be tough to say who’s got the strongest arm right there, as far as RPMs or miles per hour, if I were to gauge it. They both can throw a deep comeback. They both throw the go route real well. Same thing goes for routes and everything you would gauge arm strength by.”

Now I don’t think anyone, especially Mike Yurcich, actually believes this. So why say it? What is the point? You’re just perpetuating the idea that Walsh is an elite-level D1 QB for those who want to believe it.

There’s not much point in that.