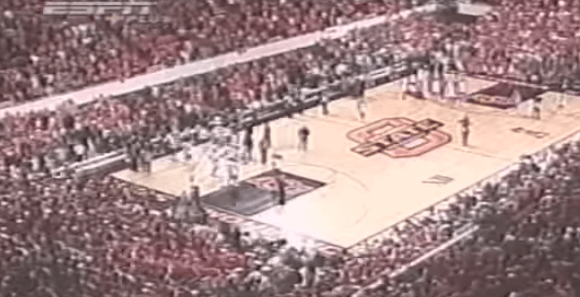 There have been hundreds of college basketball games played in Gallagher-Iba Arena over the decades. Many of them with conference titles on the line or top 10 rankings hanging in the balance.

None of them, though, more important than the one Oklahoma State played against Missouri on February 5, 2001.

“This game was one of the most important games I’ve ever coached in,” said Eddie Sutton. “It would have been devastating not to win.”

This was obviously the first game after the plane crash on January 27, 2001 took the lives of 10 folks associated with the OSU family.

“I was emotional,” Sutton said. “I got in the dressing room and I think a lot of us were emotional. I don’t think I was the only one who shed a tear.”

“It’s a very, very important win for Oklahoma State University. It’s important because it continues this healing process that all of us are going through.”

“This past week has probably been one of the toughest times in my life, if not the worst,” Jonzen said. “And tonight was probably the best time of my life.”

It was a tremendous outpouring. A special, almost intimate time. The beginning of that video above is staggering to watch.

A completely silent GIA followed by Larry Reece revving up his vocal cords to the approval of 13,611.

The player introductions are tremendous.

Then the end, you can skip to 1:37:00 when the buzzer sounds and the player huddle at midcourt. It’s almost too much to process, even now, 14 years later.