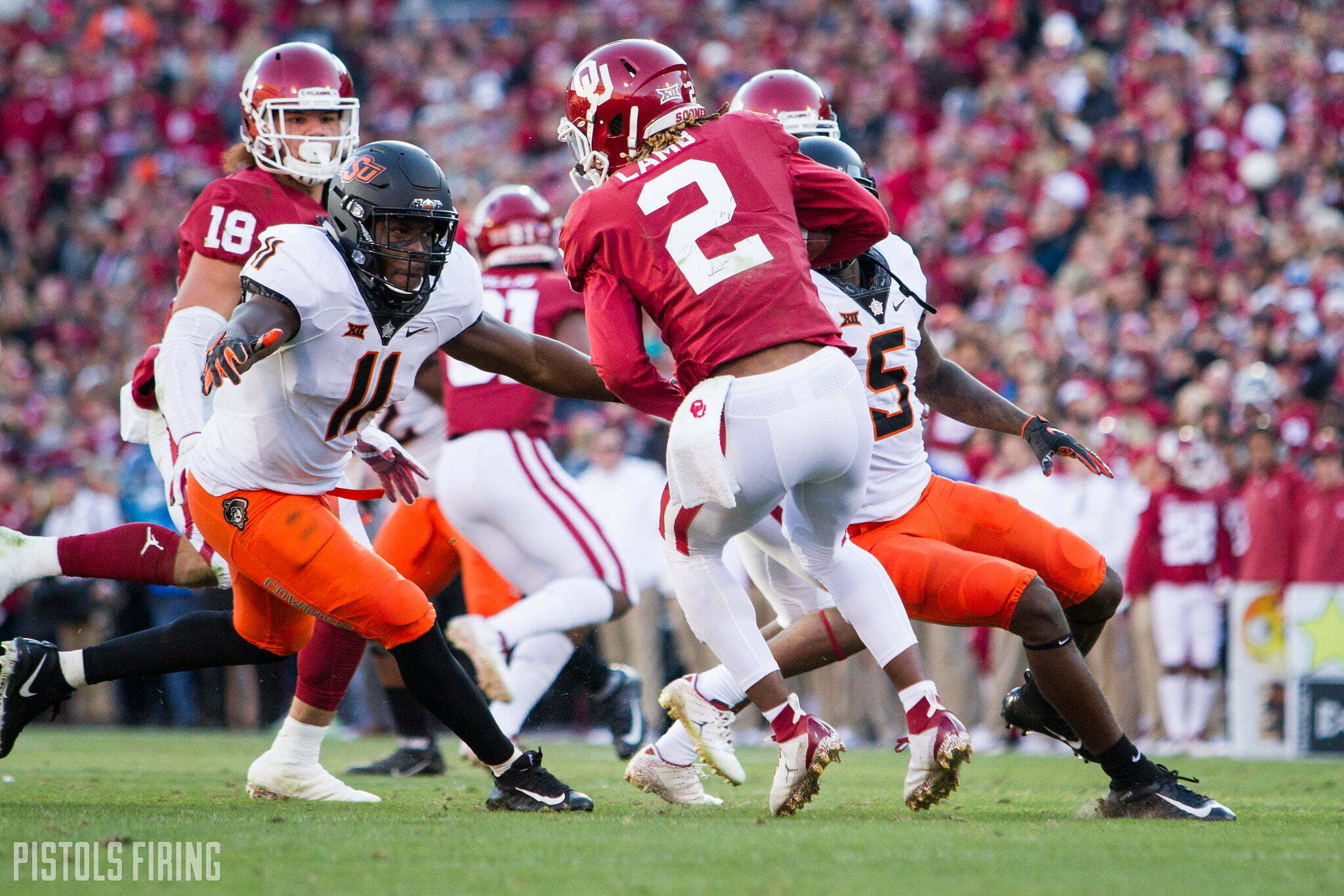 Will we see a traditional Bedlam shootout or will Saturday’s game be a lower-scoring affair? It’s a question I’ve seen raised several times this week, and for good reason.

We’ve grown accustomed to high-scoring rivalry games in this state in recent history with all-time offensive outbursts like a 48-47 final score last year and 2017’s ridiculous 114 combined points scored in Stillwater. But this year might be different.

I already dived head-first into the suddenly-popular notion that the Big 12 does, in fact, play some defense. But what does that mean for this Saturday?

Both the Cowboys and Sooners field significantly improved defensive units. Oklahoma State, in Year 2 of Jim Knowles’ tenure, enjoyed a midseason turnaround that has facilitated the Cowboys’ current four-game win streak and, frankly, saved their season.

On the crimson side of things, Oklahoma has seen its own improvement under first-year DC Alex Grinch. The Sooners — who were abysmal on that side of the ball last year– currently lead the Big 12 in total defense, passing defense and are third (OSU is second) in rushing defense.

But to really see how effective a defensive unit is, I think you need to look at more than just total yards and points allowed. Here’s a more in-depth comparison of both defenses.

The Sooners boast a slight lead in several categories, but the Cowboys hold the edge in the ones I think are most important — points per drive allowed, red zone scoring and turnovers forced. It’s also important to note that OU’s offense has become especially turnover-prone as of late.

On Monday, Mike Gundy was asked if he thought this episode of Bedlam would be more subdued than those high-scoring affairs we’ve grown accustomed to based on the recent defensive renaissance in the 46th state.

Gundy, in turn, asked media members to look at both teams based only on their conference games, stating that he thought it would be pretty competitive.

Alright, you asked for it.

Despite the overall turnaround, Oklahoma State’s offensive numbers haven’t been elite during Big 12 play — partly due to injuries — but its defense has been decent for the year and even historic as of late.

Last season, the #OKState Defense surrendered at least 28 points in every Big 12 game.

“The numbers are down and teams are competing really well against each other defensively, and then there’s not as many plays in the game, so you’re seeing a little bit different outcome,” said Gundy. “Sometimes it’s hard to predict.”

I’m with Gundy. Why even try to predict this game.

You’ve got one offense figuring things out, without its top receiver and QB1, squaring off against maybe the nation’s best on that side of the ball. Somewhere in the shadows, two defenses will struggle for the role of regular-season finale hero.

It’s a rivalry game that tends be close when it shouldn’t be and not when it should. This year’s bout seems like it might just land somewhere in between. I don’t know that I’m confident in the Cowboys’ chances more than I’m intrigued to see exactly what they can do.