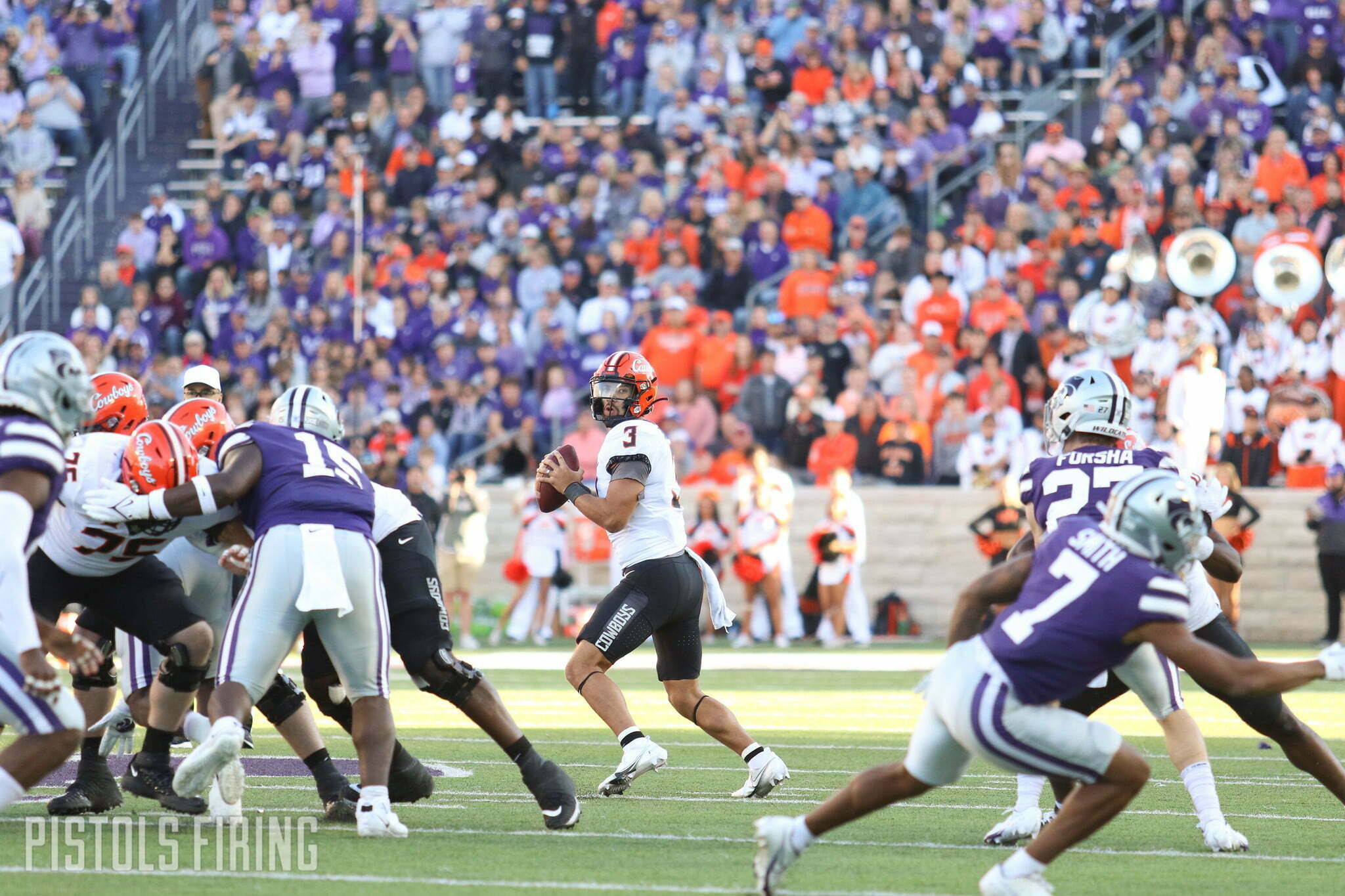 The Cowboys are expected to be without Spencer Sanders against the Jayhawks.

“I don’t feel good about him,” Mike Gundy said. “Now, we have him dressed and ready, but I just think there’s some concern on a nagging shoulder that’s been there for, gosh, this might be the fourth week. Not as comfortable with the situation at this time.”

And it unfortunately doesn’t stop there for the Cowboys. Although starting running back Dominic Richardson is probable after missing last week, OSU is expected to be without Braydon Johnson, Jaden Bray, Blaine Green, Hunter Woodard, Tom Hutton and Thomas Harper.

Sanders, the only quarterback on OSU’s roster with a college pass attempt before this season, has completed 58% of his passes this season for 2,177 yards and 15 touchdowns to five interceptions. He is also the Cowboys’ second-leading rusher with 343 yards and eight touchdowns.

A redshirt freshman, Gunnar Gundy is 14-for-27 this season, having thrown for 144 yards, two touchdowns and two interceptions. Rangel, a true freshman who has only played in the Arkansas-Pine Bluff game, is is 0-for-2 on the season.

Despite not having played since OSU’s loss to TCU on Oct. 15, Johnson is still the Cowboys’ third-leading receiver with 398 yards and three touchdowns. True freshman Stephon Johnson has played a majority of the snaps in Johnson’s place, catching 13 passes for 184 yards this season.

A starting safety with 30 tackles on the season, Harper missed the Cowboys’ game against Texas but returned for K-State. And now he is out again. The last time he missed a game, OSU moved corner Jabbar Muhammad to Harper’s spot at safety and started redshirt freshman Cam Smith at corner.

Hutton, OSU’s 32-year-old punter, announced earlier this week that his Cowboy career has come to an end after a knee injury he suffered against K-State. Expect Logan Ward to punt in his place.

Richardson will, though, be a welcome sight for Cowboy fans. OSU has struggled to run the ball this season, as Cowboy running backs combined for 36 yards last week against the Wildcats. On the season, Richardson has 121 carries for 451 yards and eight touchdowns.