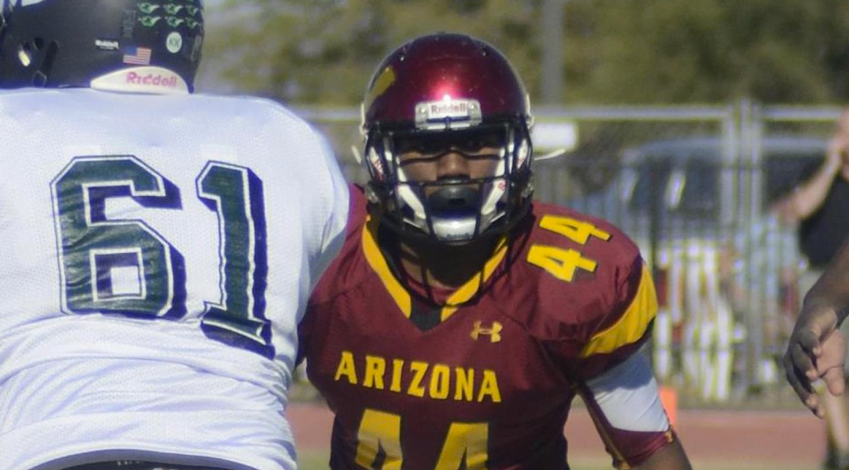 Oklahoma State’s haul of early enrollee’s is highlighted by several players at key positions of need. Perhaps none bigger than inside linebacker, where junior college inside linebacker Patrick Macon will fit like a glove.

The former Arizona Western recruit signed with OSU over offers from San Diego State and Utah State, committing months after the Pokes offered just 3 days before the early signing period.

In other words, he was a very well-kept secret by Glenn Spencer.

In a sense, the inside linebacker is the quarterback of the defense. Remember Ryan Simmons? He was the vocal leader. He knew where guys needed to line up. And he had the instinct to call out plays ahead of time.

That’s what Oklahoma State is getting with Macon. He’s a very decisive pass-rusher and, in my opinion, has better lateral agility than Chad Whitener that could make OSU more dynamic at the position. That’s not a knock on Whitener. Just a fact that Macon is a more athletic player on the inside. Kind of like throwing a more physical, larger Jordan Burton on the inside.

Check out the first play of his highlight tape here. Even with a step behind after a pause, Macon still gets to the QB and blows up the play.

At inside linebacker as I mentioned, being able to sniff out tendencies of teams before a play rolls out is critical. And Macon certainly has that. Scroll to the :24 mark here where he not only sniffs out a screen play, but annihilates it by tossing the running back WWE style.

At 6-foot-3, 235 pounds, he has the physical size to compete from day one on campus. In fact, he should be able to play immediately given the linebacker depth on the inside.

Most junior college prospects that Oklahoma State takes in generally need some fine-tuning before taking the field. Outside of Tyreek Hill, there’s a learning curve for many. But Macon, a junior college all-american, should be ready to step in and play in some capacity from day one. And OSU has him as an early enrollee, so he should be able to get a leg up in the offseason condition program.