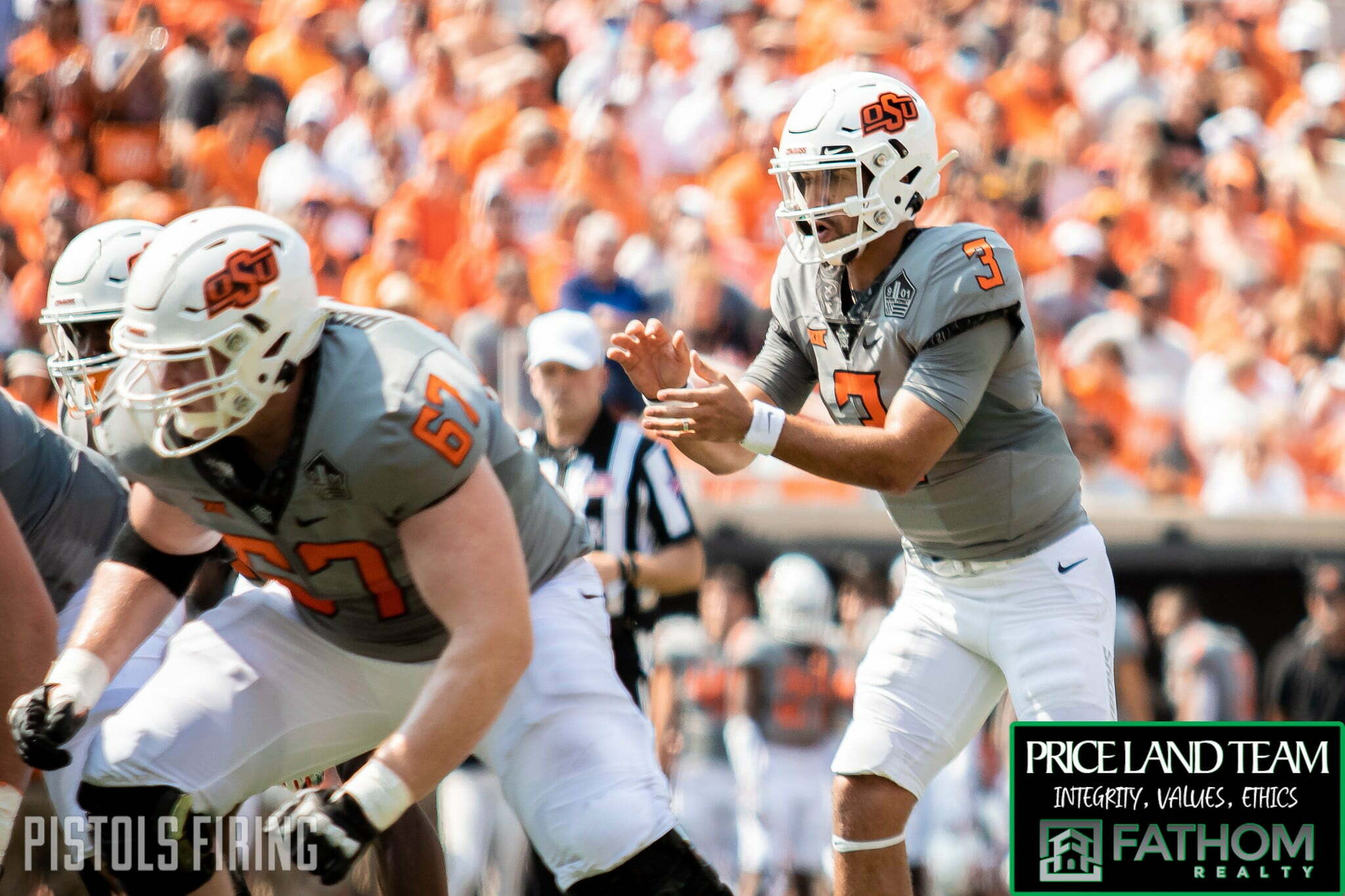 Oklahoma State defeated Tulsa 28-23 thanks to a number of calls that had to be decided upon including one that ended up as a Cowboy touchdown and another that directly led to one.

If it weren’t for ugly wins, Oklahoma State would have no wins at all on the 2021 season.

In his season debut, Spencer Sanders threw 15-for-26 for 173 yards, two touchdowns and an interception and Oklahoma State averaged just 3.9 yards per play. But the Cowboys defense — and some twists and turns that you couldn’t make up — allowed the Cowboys to escape an upset defeat, for the second-straight week.

In a game chock full of official reviews, it was an on overturned call that allowed the Cowboys to even be in the position to escape an upset loss to Tulsa. Early in the fourth quarter on third-and-13 and down a touchdown, Bryson Green hauled in a pass going out of bounds in the end zone and was called out of bounds — but he got his toe down.

The Cowboys’ three offensive touchdowns came thanks to newcomers. True freshman wideouts Jaden Bray and Bryson Green each scored the first touchdown of his career and Utah State transfer Jaylen Warren was responsible for the Cowboys’ lone rushing score, his second in two weeks.

Bray led OSU with 84 receiving yards on just four catches. Brennan Presley added four more for 35 yards. Warren was the Cowboys’ leading rusher with 37 yards on 14 attempts including that score.

Jaylen Warren provided a spark for Oklahoma State’s offense with a 21-yard catch, carry and hurdle. It fueled the second-longest drive of the day and would end in the Bryson Green score. Of the first nine possessions, only one went for at least 30 yards. The Cowboys put together long scoring drives on the next two.

The Cowboys defense, just like in the Week 1 squeak-by of Missouri State, was consistent for most of the day and then flexed in the fourth quarter to get a much-needed stop.

After both teams traded off for four-straight scores, including Brown’s kickoff return, the Cowboys earned a stop to give the suddenly-alive OSU offense the ball with a lead and eight minutes to play.

On that ensuing drive, Spencer Sanders broke loose from the Tulsa 45-yard line, hit the sideline and nearly made it to paydirt. But the ball was punched out of Sanders’ right arm and recovered by the defense. Fortunately, for OSU the first Tulsa defender to touch the ball was out of bounds.

And that break gave Jaylen Warren the chance to do this.

But Tulsa wasn’t done. The Golden Hurricane stormed back down the field and scored on a 4-yard run by Anthony Watkins but the two-point attempt grazed off the receiver’s fingertips. 28-25 Cowboys with 3:05 left on the clock.

OSU had a chance to put things away, but you knew it couldn’t be that easy. A big run by Warren was called back due to a holding penalty by Jaden Bray. But on third-and-8, Spencer Sanders took the ball — the game — into his own hands and sealed the Cowboys’ second win of the season.

Next up, Oklahoma State heads to Boise State for its final nonconference matchup next Saturday.