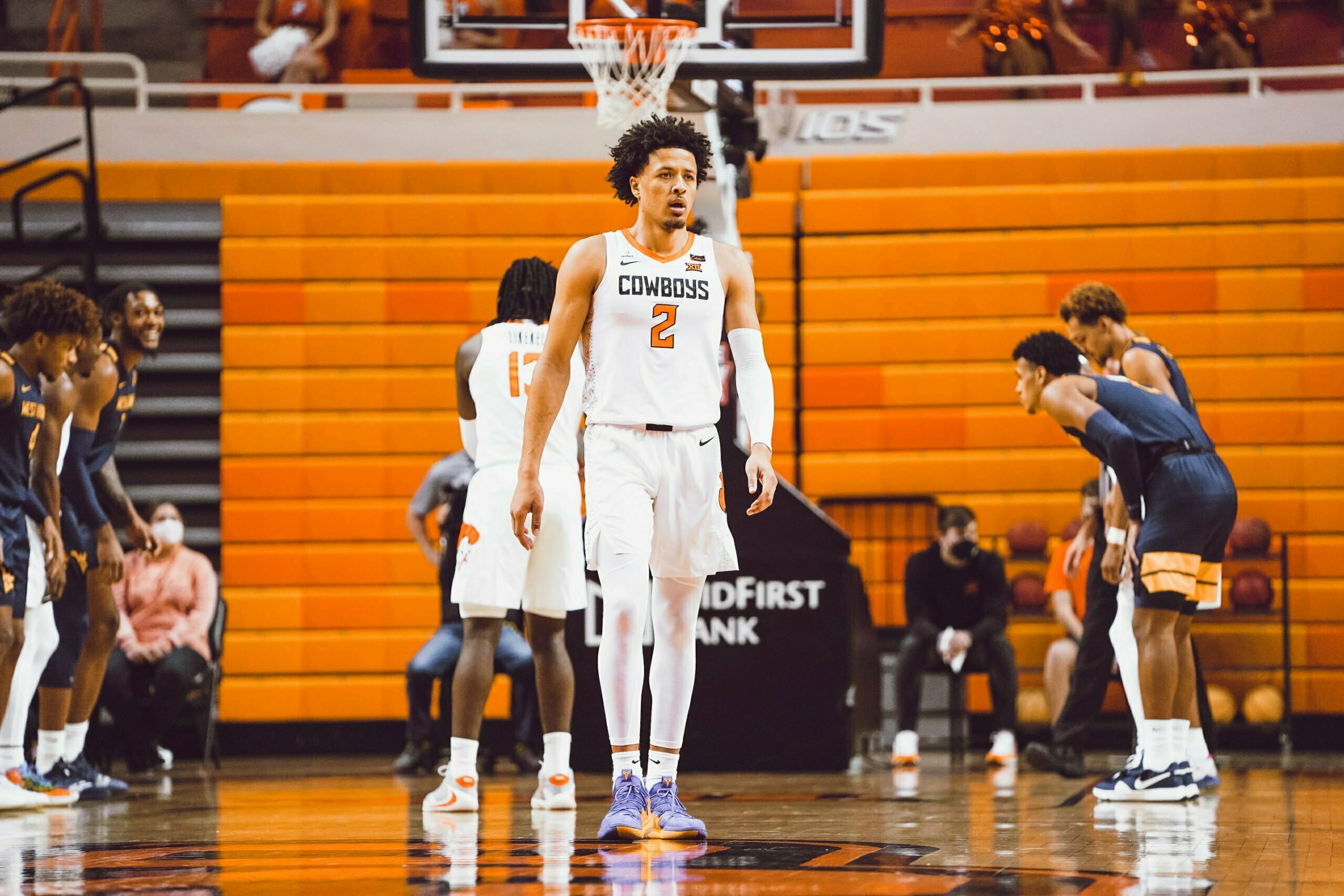 Well, it couldn’t be that easy.

Oklahoma State held a 19-point lead with 11:15 remaining, but foul trouble, turnovers and a couple of visiting hot hands spoiled the Cowboys’ Big Monday as West Virginia escaped with an 87-84 win.

There’s been plenty of talk about Cade Cunningham and Isaac Likekele being more aggressive, and the Cowboys’ backcourt duo appeared to take that to heart.

Cunningham made his first three shots and Likekele made his first six. The pair combined for 25 of OSU’s 45 first-half points, going 9-of-11 in the opening period.

Then the Cowboys seemingly blew things open as Cunningham looked like the star he is.

Likekele had his own late-game heroics, finishing with a season-high 22 on just 14 shots while grabbing seven rebounds and adding four assists.

The Cowboys built a 19-point lead nearing the midway point of the second half. I don’t want to assume that Boynton was counting his chickens but he did sub in Donovan Williams, would hadn’t played in nearly a month.

Just this past Saturday West Virginia fell behind by 15 in the second half to Oklahoma in Norman before battling back to tie it with five minutes left.

In similar fashion, the road team rattled of an 11-0 run as the Cowboys committed four turnovers in less than two and a half minutes and the Mountaineers started making 3-pointers. WVU was able to pull within eight with nearly nine minutes remaining.

Meanwhile, Cunningham picked up his fourth foul and headed to the bench, then the Mountaineers employed press Virginia and kept making 3s. Miles McBride knocked down three in a row to push the Mountaineers over the hump and into the lead, capping a 10-0 run.

Cade fouled out for consecutive games, this time with 31 seconds left and his team down two.

The Cowboys played three consecutive Top 15 teams and went 1-2 with the losses each coming by three points.

Next up, the Cowboys head to Manhattan to face Kansas State on Saturday, Jan. 9 at 5 p.m.